On Thursday afternoon, Steven Goldberg, the spokesman for New Jersey’s former-governor Jon Corzine, announced that the politician and businessman’s son had died. Jeffrey Corzine, 31, lived in California and has been an outspoken supporter of his father.

Although very little information is know about the incident, here is what we know right now about this tragedy.

Jon Corzine’s spokesman Steven Goldberg told the public that Jeffery had passed away and, “Mr. Corzine is obviously devastated by this tragic loss. We ask that all respect his family’s privacy during this very difficult time.”

Later in the week, Goldberg told the public that after years of struggling with depression, Corzine had taken his own life in a Mexico City hotel room. His family learned his location through his credit card.

2. He Worked as a Drug Counselor in California & An Aspiring Photographer

The New York Daily News reports that Jeffrey Corzine worked as a drug counselor at a “well-known Malibu treatment facility.” While he lived in California, Corzine was also an aspiring photographer and artist. You can see his website and online portfolio here.

3. He May Have Struggled With Substance Abuse

The New York Daily News reports that Jeffrey Corzine, the youngest of three siblings with the former-Governor’s ex-wife, had struggled with drugs and alcohol in the past but is alleged to have been sober recently. It is unknown whether or not these problems could have had anything to do with his tragic passing.

4. He Was in the Public Eye After His Father’s Car Accident

In 2007, Jon Corzine was in a terrible accident after he the state police car he was riding in hit a guardrail. According to the New York Times, Corzine broke his left femur, a dozen ribs, his collarbone, his sternum and a vertebra. During this time, as the country’s media turned to the Cooper Union Hospital, Jeffery stayed by his father’s side.

Before becoming Governor in 2006, Corzine was the CEO of Goldman Sachs. After his time in office, Corzine took the help of MF Global, a company that had to declare bankruptcy shortly after he took charge. 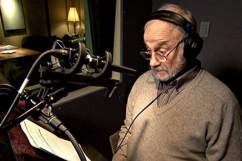 Read More
Breaking News, New Jersey
Jeff Corzine, the 31-year-old son of New Jersey's former Governor Jon Corzine, has died, according to his father's spokesman. Here is what you need to know.