Anne Maguire, 61, has been named as the teacher who was stabbed and killed at Corpus Christi College in Leeds, England, reports The Yorkshire Post. A 15-year-old student has been arrested in relation to the crime.

Georgina Kilroy, a 16-year-old student at the school said that Maguire had been a teacher at the school for 40 years. She taught Spanish and Religious Education.

2. It Was an Isolated Attack

The stabbing is being treated as an isolated incident by police in Leeds. There is no further risk to students. According to the BBC, the attack happened in a classroom, students could be seen running from the room after the stabbing. The Daily Mirror reports that she was stabbed repeatedly in the neck.

3. Students are in Mourning

Students took to social media to pay tribute to Maguire:

I can’t believe it. Absolutely awful. Rip miss Maguire. Such a lovely & down to earth lady

How terrible one of my favourite teachers has been stabbed this morning by a pupil, so sad RIP Mrs Maguire #corpuschristihighschool

Absolutely disgusting and sickening to think someone could act in that way to such a lovely, funny and caring lady! Rip Mrs Maguire xx

RIP Mrs Maguire, an angel on earth now an angel in heaven. Heartbreaking, such a wonderful, caring, happy teacher who has taught generations

My thoughts are with the family of Anne Maguire, as well as the staff and pupils of Corpus Christi school, where she was stabbed to death.

4. The School is Famed in Leeds

Corpus Christi is a renowned Catholic school in Leeds. According to the Christi website:

The school has a very good pastoral structure, which it is committed to keeping and teachers receive very good back-up support.

5. A Student is in Custody

Not much has been made public about the suspect in the crime other than that he is a 15-year-old male student at the school. The Daily Mail reports that the student who is in custody was “depressed.” Some students have speculated on Twitter that the attack was the result of Maguire giving the student detention. 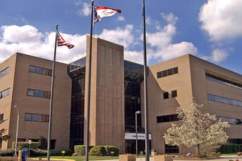 Read More
5 Fast Facts, Breaking News, Crime, Deaths, Murder
Follow Heavy ↓
Anne Maguire is the teacher who was stabbed and killed at Corpus Christi College in Leeds, England. A 15-year-old student has been arrested in relation to the murder.