Turner Bronson, who is just 15 years old, will be charged as an adult in the shooting death of his brother, Clayton, 18, in Las Vegas on May 22, reports KLAS. In an arrest report obtained by the station, Turner Bronson, is said to have been frequently fighting with his older brother in the days leading up to the shooting. The boy’s mother, Wendy Bronson, says this was because Clayton had wanted his younger brother to “get his life together.”

1. Bronson is Alleged to Have Shot His Brother in the Head From 3 Feet Away

Due to behavioral problems, CBS Las Vegas reports that Turner Bronson was to be sent to a wilderness camp for 45 days. The article further states that Turner didn’t know he was being sent away. On May 22, the two brothers got into another fight which began when Clayton refused to let Turner go and see his girlfriend. When the boy’s mother, Wendy Bronson, heard a gun shot she went downstairs to find Clayton with a gunshot wound to his stomach, according to The Las Vegas Review-Journal. As she dialed 911 and waited with her wounded son, she says Turner walked to within three feet of his older brother and shot him one in the head, killing him.

Turner didn’t flee and was there when cops arrived to arrest him. His mother said that Turner put the weapon behind some cushions and wandered around the house.

Turner and Clayton Bronson pictured together in November 2011. (Facebook)

The Review Journal, citing police documents, reports, that during Turner’s police interview over the shooting, he was uncooperative. It also adds and he smiled and chuckled at “inappropriate times” during the interrogation.

3. Turner Was a Skateboarder

On Turner’s Facebook, he is clearly a passionate skateboarder. On his YouTube channel, he frequently uploads videos of skateboarders from across the country.

4. His Brother Was Just About to Graduate America

At the time of his death, Clayton Bronson was just days away from graduating from Sierra Visa High School. On the night he was killed, he and his mother had just returned from a pre-graduation school function, reports NBC Las Vegas.

On his Facebook page, Clayton Bronson posted pictures from earlier in May of him and his girlfriend going to prom.

5. Bronson Will Be Charged as an Adult

Juries are always going to want to know why. It is not as if it was an adult and sometimes when adults do things we can understand, it is a little better, it’s a little harder to understand when someone is so young.

The DA also said that in cases like this, the law will show no sympathy with regards to age. 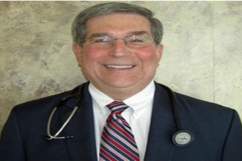