As France prepares to play Germany in the World Cup quarterfinals at the Maracana on July 4, memories of the 1982 World Cup semifinal are coming flooding back. In that game, with France winning 3-1, German goalie, Harald Schumacher nailed French full-back Patrick Battiston, knocking him out cold and breaking three ribs. The goalie was not punished and a shaken French team lost their 3-1 lead and eventually lost the game on penalties. The two teams met again in the 1986 semfinal, with Germany coming out on top again. French soccer never got revenge for 1982.

Here’s what you need to know about one of the most controversial incidents in World Cup history:

1. After the Attack, Battiston Fell Into a Coma

During the game in Spain, Patrick Battiston was reacting to a high pass from Michele Platini. The French defender got in behind the German defense and was able to stab the ball past Harald Schumacher, the German goalie. The ball trickled out of play. The goalkeeper didn’t attempt to go for the ball and nailed Battiston. Schumacher rammed his hip into the French player’s face knocking him out. The star of that French team, Platini, later told the media that he thought Battiston was dead because “he had no pulse and looked pale.” From there, Germany went on to make the World Cup final where they lost to Italy.

2. In a French Poll, Schumacher Was Voted More Unpopular Than Hitler

In 2002, a French newspaper ran a poll about who was the most unpopular man in France, with Schumacher beating Adolf Hitler into second place on the poll. The hatred in France surrounding Schumacher intensified when, in a post game interview, the goalie was told that Battiston had lost teeth, the German replied:

If that’s all that’s wrong with him, I’ll pay him the crowns.

3. Battiston Still Has No Desire to Meet Schumacher

In 2012, Battiston told Goal.com that he had forgiven Schumacher for the incident but added he had no desire to meet the goalkeeper. The Frenchman said:

I have forgiven [him]. But I don’t want to speak about it in these circumstances. I do not particularly want to meet him. Over time, I realise that people have forever marked him with this. But now it’s finished. It was [an incident] on the field of play; we’ll never know if it was deliberate or not.

When the two teams met in the 1986 World Cup, Battiston admitted he was afraid to go too close to Schumacher.

4. Schumacher Maintains He Went For the Ball

Although Schumacher, now an advisor with the German soccer association, maintained his autobiography Kick-Off, that he went for the ball and it wasn’t intentional. One of the most enduring images of the incident is of Schumacher going back to his goal line and not checking on Battiston. In his book, Schumacher claims the reason he didn’t check on the player was that the French players were making threatening gestures towards him and he was scared.

5. The Incident Got Political

The neighboring European countries, France and Germany, have had a very tense relationship throughout history. The timing of the Battiston/Schumacher incident came as the European Union was in full-swing and relations had never been better between the two countries. Fearful of a return to hostility, the then German Chancellor Helmut Schmidt and French President Francois Mitterrand issued a joined press release appealing for calm. The players even did a joint press conference to stress there was no tension between the two sets of players. Meanwhile, Battiston told The AFP, that what mostly affects him is that the incident helped Germany to win the game. 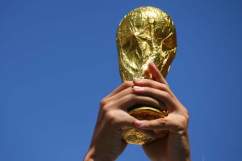 Read More
5 Fast Facts, Breaking News, Soccer, Sports, World Cup
With France and Germany ready to meet in the World Cup quarterfinals, the Schumacher/Battiston incident is back in the spotlight.