Diego Schwartzman has the most daunting task of any player on Day 1 of the U.S. Open: Facing Novak Djokovic under the lights at Arthur Ashe Stadium. The Argentinian is ranked No. 79 in the world, the highest he’s ever been ranked.

Here’s what you need to know about the 22-year-old from Buenos Aires:

Schwartzman made his first appearance in a Grand Slam event at this year’s French Open, where he advanced to the second round after defeating Gastao Elias 6-4, 6-2, 7-5. He nearly qualified for the 2013 Australian Open, but lost in the final round of qualifying.

The 5-foot-7-inch Argentinian has a career record of 3-8 on the ATP World Tour and in Grand Slam tournaments.

In the second round of the French Open, Schwartzman lost to Roger Federer 3-6, 4-6, 4-6. The 17-time Grand Slam champion, who was the No. 4 seed at the French Open, then advanced to the fourth round before being upset by Ernests Gulbis. 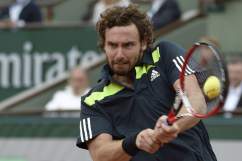 Schwartzman is a big fan of Argentina soccer star Lionel Messi and makes his fandom clear on his Twitter and Instagram pages.

He attended the World Cup in Brazil to watch his country work its way into the World Cup final, where Messi and Co. lost 1-0 to Germany. 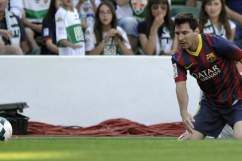 Schwartzman, who is Jewish, started playing tennis when he was 7-years-old, has one sister, Natali, who is a lawyer. He also has two brothers. Andres is a travel agent, while Matias is a computer programmer.

Loading more stories
wpDiscuz
0
0
Would love your thoughts, please comment.x
()
x
| Reply
Diego Schwartzman, a 22-year-old from Argentina, has the daunting task of facing Novak Djokovic in the first round of the U.S. Open.