Thousands of members of a religious minority are trapped on a mountain in northern Iraq, under siege from the brutal terrorists who drove them from their homes.

Between 10,000 and 40,000 Yazidis, who have no food or water and are burying their mounting dead beneath rocks, fled their village to escape the onslaught of the Islamic State, formerly known as ISIS, as the militant group wreaks bloody havoc across the northern half of the country.

Here is what you need to know about the Yazidis, their beliefs and their dire predicament:

1. They Are Trapped & Dying of Thirst — Babies & Elderly Perishing First

The Yazidis hoping for relief on the top of Mount Sinjar are the residents of the nearby village of Sinjar who fled their homes two days ago. UNICEF told the Washington Post that the Yazidis’ mountain refuge is completely cut off from the rest of Iraq with almost no food, vegetation or water.

An unknown number of children and seniors have already died of thirst, and the survivors were forced to bury their bodies in shallow graves under rocks.

2. Hundreds Were Killed Before the Escape

The militant members of the Islamic State, known for public beheadings and crucifixions, were brutal in taking the village of Sinjar. The Sunni Muslim extremists have been calling for the annihilation of religious minorities, like the Yazidis, and it’s estimated that they killed hundreds before the residents were able to get up into the mountains.

CNN reports that around 500 men were killed by the Islamic State, while women were either killed or sold into slavery.

3. The U.S. May Be Sending Assistance

By early Thursday evening, President Obama has been tasked with deciding whether the United States will send assistance to the dying refugees. It is unclear if that assistance would come in the form of humanitarian supplies or an airstrike on encroaching attackers of the Islamic State.

The U.S. has thus far avoided being sucked back into a significant military conflict despite ISIS’ atrocities and its rapid conquering of vast territory once occupied by America.

Estimates show that there are only around 700,000 Yazidis across the world, 600,000 of whom reside in Iraq and have often faced persecution.

Allowing the deaths of tens of thousands of Yazidis stranded at the top of the mountain means a substantial reduction of the population of this ethno-religious minority.

5. The Religion Is an Amalgam of Ancient Religions

Yazidi is an amalgamation of Christianity, Islam, and the ancient religion of Zoroastrianism, the last of which earned Yazidis their reputation among Islamic extremists as “devil worshippers.”

According to Wikipedia’s simplified explanation, Yazidis believe that God, after creating the Earth, left it in the care of a number of angels. 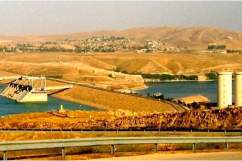 Loading more stories
wpDiscuz
0
0
Would love your thoughts, please comment.x
()
x
| Reply
Who are the Yazidis? The US is considering sending assistance to a religious minority trapped in the mountains by the Islamic State, a.k.a. ISIS.