Robert P. McCulloch is the St. Louis County Prosecutor in charge of the grand jury proceedings of Ferguson police officer Darren Wilson, who killed unarmed black teen Mike Brown. With the grand jury’s decision not to indict, McCulloch, who made the announcement as the world watched on live TV, has come under scrutiny.

Here’s what you should know about him:

1. McCulloch Has Been the St. Louis County Prosecutor Since 1991

MCulloch was born in 1952 and grew up on the border between St. Louis and Pine Lawn, Missouri near an old ammunition plant. His father was cop and one of the first K-9 officers in his department. However, on July 2nd, 1964, his dad was 37 and McCulloch was 12, his father was killed in the line of duty, while attempting to arrest a kidnapper. McCulloch says, “He was in his police car and heard a call for an officer in need of aid at the old Pruett-Igoe housing project. He wasn’t far from there, and when he arrived, he saw one officer was down and another officer was chasing a guy. They went around a building, my dad went around the other way and they got into a shootout—my father got shot.” His father Paul McCulloch, left behind his wife and four children after his death, which greatly shaped McCulloch as a person, he states, “It had a huge impact on me in the long run. In the short term, at that age, it’s hard to comprehend the finality of death and so that took some time to sink in. My mother was a great woman, very strong and made sure we all toed the line.”

Five years after his father’s death and a senior in high school, it was discovered that McCulloch had a rare form of bone cancer in his leg and it had to be amputated at the hip. And then several years after, his best friend since childhood died in an accidental drowning. McCulloch says, “It sounds like a cliché, but it builds character. You have these things and you suffer through them and deal with them. You don’t forget or act like they never happened, but you try to understand them. I think all of it gave me great empathy for victims.”

McCulloch went to law school at Saint Louis University and was elected to Prosecuting Attorney for St. Louis County, in 1991. He is married to his wife Carolyn and has four children. He is the highest-paid St. Louis County employee, making $160,000 according to county payroll.

2. He Prosecuted Axl Rose in His First Year in Office

In McCulloch’s first year in office in 1991, he was tasked months after his election with prosecuting the Riverport Riot, involving a Guns N’ Roses concert ending with injuries to 40 concert goers and 25 police officers. He charged Axl Rose with misdemeanor assault and property damage, alleging that Axl Rose hit a security guard, hurt three concert attendees and trashed a dressing room. McCulloch pursued Rose across the country to enforce an arrest warrant for the charges, stating that Axl Rose, “is easy to find. Wherever he goes, we’ll be waiting for him. If he wants to cancel his whole schedule, fine. If he leaves the country, we’ll notify Customs to get him when he comes back.” Rose entered a plea agreement, after public outrage and uproar.

3. In 1997 McCulloch Used a Grand Jury Subpoena to Identify a Whistleblower

In 1997, a whistleblower contacted the FBI, reporting improper behavior by a member of St. Louis County Executive George Westfall’s cabinet. The whistleblower was a employee of the St. Louis County Economic Council, Russ Signorino, who sent an an anonymous fax to the media from a Kinko’s store. McCulloch, without telling the grand jury what he was doing, gave a subpoena to the St. Louis County police who used it to obtain a video recording, showing Signorino sending the fax. Once identified, Signorino was forced to quit his job. McCulloch claimed he used the grand jury to issue the subpoena at first, because the fax contained a threat. He then admitted later on there was no threat and thus no crime was involved, denying he abused the grand jury to process the identity of a whistleblower, who was acting lawfully. 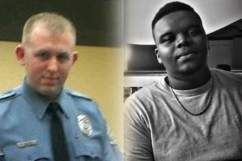 In 2001, two undercover drug officers shot and killed two men in the parking lot of a Jack in the Box. According to the officers, they said the suspects tried to escape arrest and then in their vehicle, drove towards the officers. Both suspects had prior felony convictions for drug and assault offenses. After a federal investigation, it showed that the men were unarmed and that after the officers fired 21 shots and killed the suspects, the car had not moved forward. The suspects killed in the incident were Earl Murray and Ronald Beasley. The probe found however, that because the officers feared for their safety and lives, the shootings were justified. McCulloch didn’t prosecute the officers and drew outrage from the defense lawyers and protesters alike, after he stated that Murray and Beasley, “These guys were bums.” At the time protestors were holding demonstrations after the shootings.

McCulloch was being criticized and refused to back down, stating, “The print media and self-anointed activists have been portraying the two gentlemen as folk heroes and have been vilifying the police. I think it is important for the public to know that these two and others like them for years have spread destruction in the community dealing crack cocaine and heroin.”

In the same instance, the grand jury decided not to indite the officers and McCulloch agreed with the juries decision.

5. 20,000 People Signed Petitions for a Special Prosecutor Over McCulloch in the Mike Brown Case

Before the grand jury released their decision on the case of Darren Wilson killing Michael Brown, that more than 20,000 people signed an online petitions, seeking a special prosecutor to investigate the death of Michael Brown over McCulloch. State Senator Jamilah Nasheed, of St. Louis, launched a petition with the goal of gathering 50,000 signatures, stating, “Many community members don’t believe he can be fair and impartial. We will continue to put pressure on him to resign.”

Bob McCulloch just echoed every dictator by blaming the media & internet as a state enemy, rather than the murdering state. #Ferguson #Mourn

That's a smirk from the Prosecutor … he can go fuck himself. This was a Whitewashing. #Ferguson

We all knew this was coming but still….fuck you Bob McCulloch. Could you be anymore of a dick?

Bob McCulloch – step down. You are unfit for this job. You always have been. 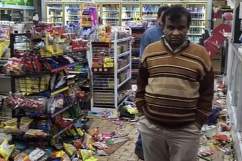