Peter Liang is the New York City police officer who shot an unarmed father, Akai Gurley, in the stairwell of a housing project in East New York, Brooklyn last night.

The shooting appears to have been an accidental discharge. 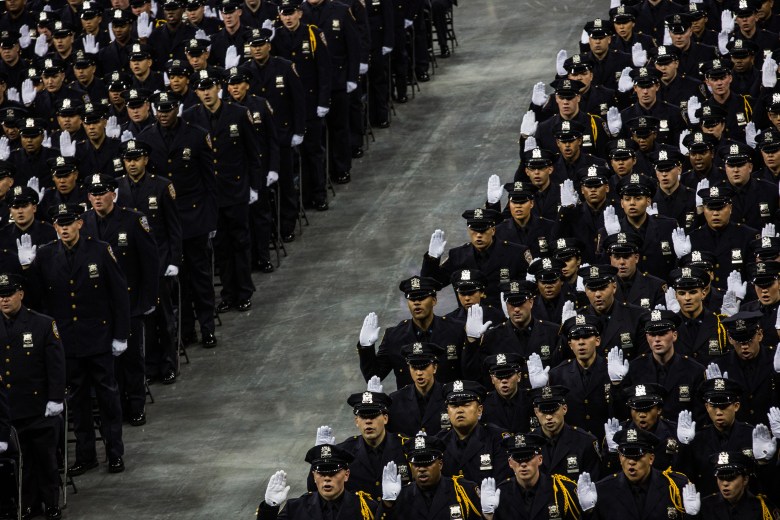 The 2014 class of the New York Police Department (NYPD) raise their hands while taking an oath at the NYPD graduation ceremony on June 30, 2014 at Madison Square Garden in New York City. (Getty)

Officer Liang, 27, has reportedly been on the job for less than 18 months. He joined the force in January 2013.

He was still on probationary status. His partner, Shaun Landau, was also new to the force.

2. He Fired One Shot in What Has Been Called an Accident 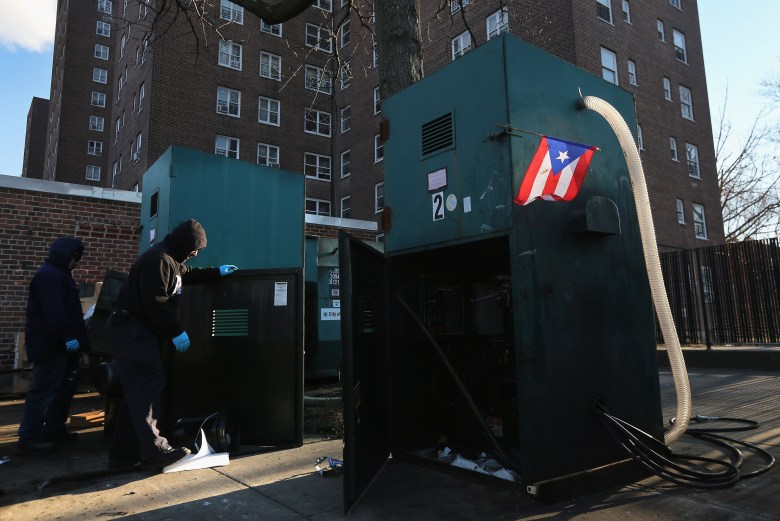 Officer Liang and his partner Landau were patrolling the Louis H. Pink Houses when they encountered Gurley in a stairwell late on Thursday night.

Liang apparently had his weapon already drawn, reportedly because of the darkness of the stairwell, and fired one shot that hit Gurley in the chest.

He was taken to Brookdale Hospital and pronounced dead shortly afterwards.

3. The Victim Was Described as “A Total Innocent” 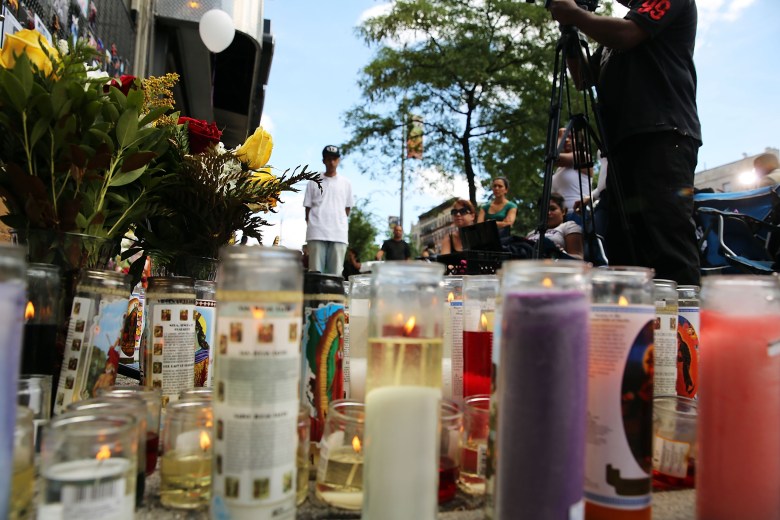 A memorial is viewed for two people who were killed in a shooting last August in Hamilton Heights. (Getty)

Gurley had been in the building visiting his long-term girlfriend, Melissa Butler, and was leaving when he encountered the officers in the stairwell.

He is a 28 year old father of two children who lived in Red Hook.

Bratton said, “The deceased was not engaged in any activity other than trying to enter the stairwell.”

4. Liang Was at the Pink Houses as Part of ‘Operation Impact’ 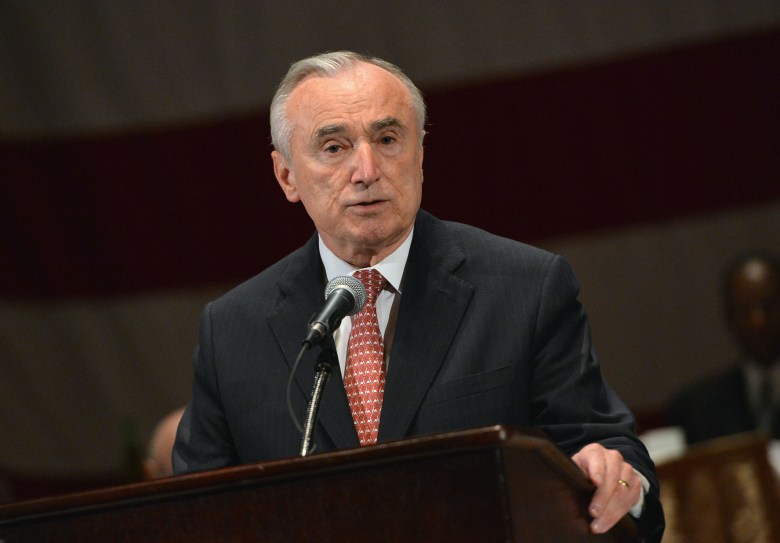 The two officers were at the Louis H. Pink Houses that night as part of a “violence-reduction overtime detail”, according to Bratton at the Friday press conference.

This was in response to a recent uptick in violent crime in the housing project, including two murders.

They were performing what is known as “vertical patrol”, when officers begin at the roof level of a building and work their way down. They were on the way to the roof when the shooting occurred.

5. He Has Had His Badge and Gun Removed 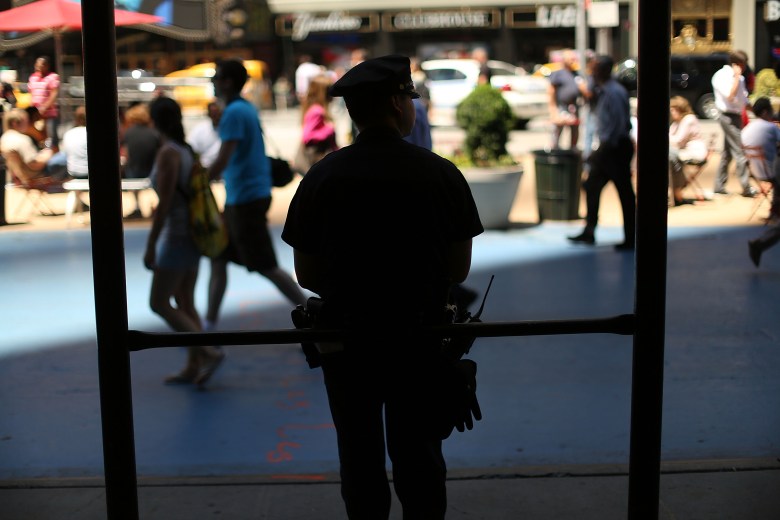 He has been placed on modified duty, pending the outcome of an Internal Affairs investigation, according to deBlasio, and stripped of his gun and badge.

Both officers were also taken to the hospital after the shooting to be treated for tinnitus.

“The fatal shooting of this unarmed man is deeply troubling and warrants an immediate, fair and thorough investigation. Many questions must be answered, including whether, as reported, the lights in the hallway were out for a number of days, and how this tragedy actually occurred.” 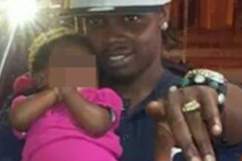 Loading more stories
wpDiscuz
12
0
Would love your thoughts, please comment.x
()
x
| Reply
Peter Liang is the cop who shot an unarmed man in a Brooklyn housing project in an apparent case of accidental discharge of his weapon.