Paul Campbell (left) pictured with Christian Bale during a scene in The Fighter. 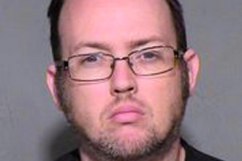 Loading more stories
wpDiscuz
3
0
Would love your thoughts, please comment.x
()
x
| Reply
A friend of Mark Wahlberg's who had a kid with the Boston mayor's girlfriend has been shot dead by cops in Massachusetts.