A man who responded to the Craiglist ad posted by a missing elderly couple has been arrested in relation to their disappearance. Ronnie “Jay” Towns is in custody in Georgia in relation to the mysterious case of Bud and June Runion. The couple, 69 and 66 respectively, were last seen on January 22 after driving to McRae, Georgia, in an attempt to buy a 1966 Ford Mustang. Just hours after his arrest on January 26, authorities found the bodies of Bud and June Runion.

1. He’s Been Charged With Murder

According to the Facebook page of the Telfair County Sheriff’s Office, Towns was first charged with Giving False Statements and Criminal Attempt to Commit Theft by Deception. The warrant for Towns was issued on January 25, on January 26, he handed himself over to authorities.

He’s 28 years old, 6 feet 4 inches tall and 210 pounds. On January 27, the Telfair County Sheriff’s Office said in a press release that Towns had been charged with the murder and armed robbery of the Runions.

On January 22, Bud and June Runion drove from their home in Marietta, Georgia, to McRae, Georgia. On January 19, Bud Runion had posted an ad on Craigslist, he was seeking to buy a Mustang convertible. They were last seen driving their 2003 GMC Envoy. The couple’s daughters last spoke to their parents at 3:30 p.m. on January 22.

The daughters had filed a missing persons report with police in Georgia. WMAZ reports that Towns is a resident of McRae. The town of McRae is located in central Georgia, just over 160 miles south of Atlanta.

3. The Search for the Runions Was Centered on a Wooded Area

The Atlanta Journal Constitution reports that the calls made by the Runions while they were in McRae went to a disposable cell phone. Speaking to the paper on January 24, the couple’s daughter, Brittany Peterson, said, “We’re just staying positive and not thinking the worst.” The search for the Runions was centered on a wooded area, 20 miles south of McRae. Speaking to WMAZ, Peterson said, “They’ve always taught us things to be wary of in certain situations, safety. My dad, you know, he told me if I was to go to do something, to go in numbers, to meet people in well-lit places. He would have called, and he hasn’t.”

A Facebook page set up to help find Bud and June Runion has attracted over 100,000 likes.

That page says that the Runion’s cell phones were switched off and “cell towers can not get a ping on either phone.” Bud Runion is a Vietnam veteran.

5. Towns Was Interviewed by Cops Early on in the Investigation

Speaking to 11 Alive, Telfair County Sheriff Chris Steverson, said that Towns had been interviewed by detectives early on in the investigation. 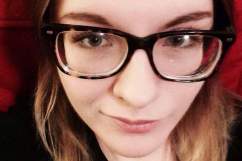 Read More
5 Fast Facts, Breaking News, Crime, Weird News
Jay Towns has been arrested in relation to the disappearance of Bud and June Runion who went missing after trying to buy a Ford Mustang on Craigslist in McRae, Georgia.