A teaching assistant is accused of raping a mentally ill special education student on numerous occasions. The TA, Maria Contreras, 29, was arrested on February 7 in the Bronx on these shocking charges. The student, a male, 14, says he was raped more than six times.

1. The Boy Says During One Encounter She Told Him ‘Just Put It in Already’

The New York Times reports that the boy told investigators in rendezvous at her apartment in November 2014, Contreras told him “Just put it in already.” The Times says that the encounters all happened at Contreras apartment, beginning on November 11 and ending around a week later. The pair allegedly performed oral sex on each other. The boy also says that in January 2015, Contreras rubbed his penis at school with him asking her to stop.

2. Contreras Was a Substitute Teaching Assistant

The Bronx Academy of Letters is located here, along Morris Avenue in The Bronx. (Google Street View)

A spokeswoman for New York’s Department of Education, Devora Kaye, told the media in a statement, “These allegations are incredibly disturbing. Ms. Contreras has been removed from her position and will no longer be employed.” Contreras had been working at the Bronx Academy of Letters as a substitute teaching assistant. On the school’s Facebook page, it’s described as a “small, 6-12 public high school in the Mott Haven neighborhood of the Bronx – founded on the belief that young people who can express themselves clearly in writing will be more successful in any path they choose.” The New York Times reports that the school has gone through three principals in the past five years. The current principal is Brandon Cardet-Hernandez.

She was arrested on February 7 after the boy told his mother, reports ABC New York. She’s being held on a bail of $25,000 in bond of $10,000 in cash. Her lawyer, Ruth Hamilton, told the New York Daily News that the allegations are unfounded. Hamilton said, “This is an accusation that does not ring true. This is the word of a special needs child with serious behaviorism issues. There is no evidence. No e-mails, no texts, no Facebook posts, no messages.” Her lawyer also alleged that the boy had recently been suspended from the school. She has officially been charged with six charges of second-degree rape and two counts of second-degree criminal sex acts. A restraining order has also been filed for the boy against Contreras.

Contreras has two young children. The New York Post reports that “more than 40 of Contreras’ relatives and friends were in court to lend their support to the married mother of two children.” She was arraigned on February 8 in the Bronx Criminal Court. The abuse is believed to happened at the home she shares with her husband and children, along Barker Avenue in the Bronx.

Alabama has the highest rate of teacher/student sexual relationships. AL.com reported a study in January 2015 that suggested of the 781 reported cases in the U.S. in 2014, 25 were in Alabama. Per capita, that means Alabama has the highest rate. Ron Paige, who performed the study with Drive West Communications, said that the methodology wasn’t perfect and that certain things are illegal in Alabama that aren’t in California. 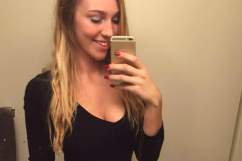