A nationally renowned teacher has been accused paying underage boys for nude photos. The teacher, Jon Cruz, was arrested on March 6 at his home in Manhattan. One of the students involved in the case was a student at the Bronx High School of Science where Cruz teaches.

1. Feds Say He Used the Picture of a Student as an Alias

(The Bronx High School of Science)

Cruz appeared in court in New York on March 6. He is charged with producing, distributing and receiving child pornography. Prosecutors say he used the photo of a former student to solicit naked images of minors online. That image formed part of his online alias, according to investigators. He’s being held on a $1 million bail and has been suspended from his job, reports NBC New York.

2. He Works With the School’s Gay-Straight Alliance

For Halloween 2013, Cruz came to school dressed as Liberace. (Facebook)

According to his now-deleted profile on the Bronx High School of Science website (you can read the cached version here), Cruz has won the National Speech & Debate Association Coach of the Year award. He is on the board of the National Speech & Debate Association as well as president of the New York State Debate Coaches Association. Cruz is also faculty advisor to the Bronx’s Science Gay-Straight Alliance. He has rave reviews on Rate My Teacher with one student saying that he “genuinely cares.” The one bad review of Cruz on the site reads:

i think mr. cruz is too sensitive sometimes. he overreacts to issues that aren’t really that impt — ruining the “moment” for a lot of kids.

According to the criminal complaint, the Feds have been investigating Cruz since December 2014. Agents were tipped off by police in New Mexico, where Cruz is accused of soliciting explicit images from 15-year-old children. The tip-off came when the parents of the victims went to a sheriff’s office to complain that their children had been paid to send explicit images to someone. There are five victims mentioned in FBI documents. One of the teenagers told agents that Cruz had asked for pictures of his feet and face. Another victim said that Cruz had identified himself as a “nerd” with “a thing for jocks.” The teacher then said that he wanted to be a “slave” to one of his victims, according to agents.

The FBI have accused Cruz of exchanging gift cards worth up to $1,600 for X-rated pictures of minors.

You can read the full complaint against Cruz here:

He allegedly used the messaging app Kik to receive the images. During an interview with agents, Cruz admitted to all of the allegations, according to documents.

According to an interview that Cruz did with the John Hopkins University’s website, he lives in Manhattan. Cruz says he wanted to live on the island “since he was a boy.” He adds, “I love where I live and I love where I work, so the commute isn’t too bad, especially given that most of it is on the subway, where I can multitask.” He also spoke in the interview about the art of teaching:

It is true that being an expert doesn’t automatically make one a good teacher, but one needs to have a knowledge base in order to be a great teacher…The best-planned lessons will evolve class to class because students will steer the discussion in ways one may not have anticipated…My students aren’t just my students; they are real people with real needs, and they are real people with real personalities. The more I can relate to what their needs and personalities are, the better my in-class interactions will be with them…If one isn’t active with the school community at large, then there has been a failure to understand the degree to which learning outsides occurs the classroom.

In that same interview, Cruz talks about how his father had been born in Spain and about his upbringing in Long Island. Cruz is a graduate of Vassar College.

5. He Weighed in a Political Debate for the New York Daily News

For Halloween 2014, Cruz came to school dressed as President Chester A. Arthur. (Facebook)

During the 2013 election between Elliot Spitzer and Scott Stringer for New York Comptroller, Cruz’s opinion was sought by the Daily News. He wrote about the candidate’s debates for the paper.

In July 2014, he was interviewed by the New York Times about his passion for political memorabilia, explaining that when he was 8 years old, he supported Ross Perot in the 1992 Presidential Election. The piece mentions how Cruz presented his collection to the Brooklyn Historical Society in 2014. 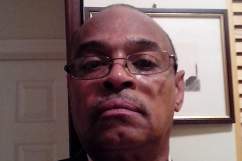