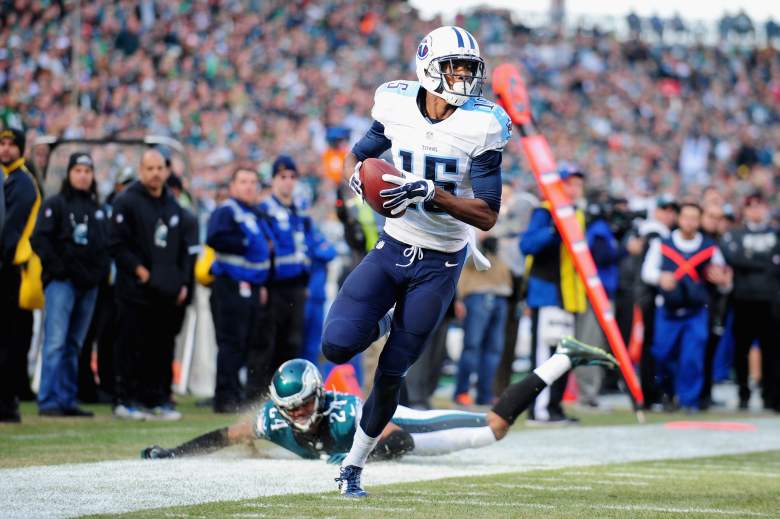 A month after his coach, Ken Whisenhunt, called him out publicly for his behavior, Tennessee Titans wide receiver Justin Hunter just went from a question mark to a full-fledged problem.

The 2013 second-round pick was charged with felonious assault after a July 3 incident at a Virginia Beach bar and is currently being held in jail without bond. The Titans have not made any decision about his future with the team but reports suggest that Tennessee may be inclined to put him on waivers. Here’s what you need to know about Hunter, his charges and his future in the NFL:

1. Hunter Was Charged With Felonious Assault

According to Virginia’s News Channel 5, Hunter was charged with felonious assault after a July 3 incident at the Sandbar Raw Bar in Virginia Beach. The Virginia Beach Sherriff’s Office listed the specifics of Hunter’s allegations as malicious intent, stabbing cutting and wounding. He is being held in jail without bond.

Authorities said that they were called to a large fight outside of the bar on Atlantic Avenue in downtown Virginia Beach and a victim was later taken to the hospital for injuries sustained during the incident. Hunter is scheduled to be arraigned on Tuesday afternoon. News Channel 3 in Virginia added that Hunter turned himself in to police. The Titans issued a statement following his arrest:

#Titans statement on Justin Hunter arrest: “We are aware of the situation and are continuing to gather more facts.”

PHOTOS: Who Are the NFL’s Top-10 Players?

2. Titans Coach Ken Whisenhunt Warned Hunter he ‘Won’t be in the NFL’ if he Didn’t Improve 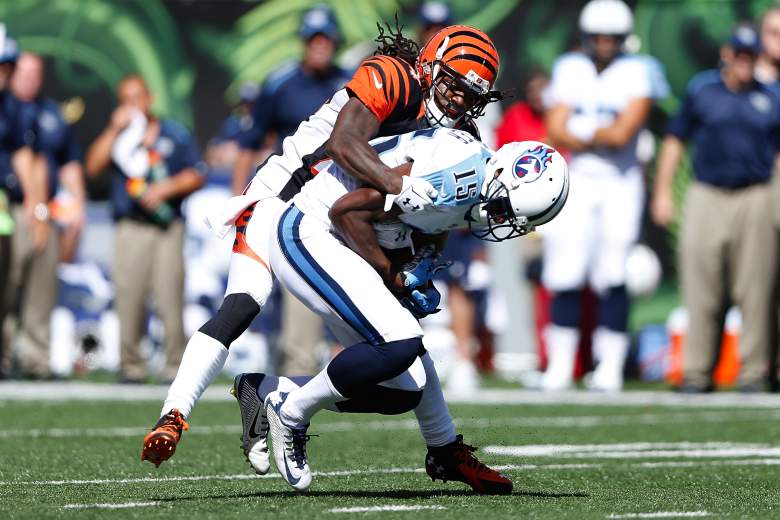 Throughout his two seasons in the NFL, Hunter has shown flashes of the talent that got him noticed at the University of Tennessee. However, those flashes have been few and far between and the inconsistency has been frustrating, to say the least, for the coaching staff with the Titans.

That’s why Tennessee coach Ken Whisenhunt publicly called out the receiver this offseason, telling the Tennessean:

At some point, you either get it or you won’t be in this league anymore. That’s the natural order of the NFL.

This wasn’t the first time that Titans coaches had tried to wake up Hunter’s on-field play. Last year wide receivers coach Shawn Jefferson showed him tough love during games and even outfitted him with a practice jersey that read “JAG” – just another guy.

3. Hunter Was Drafted in the Second-Round of the 2013 Draft

After playing three seasons at the University of Tennessee, Hunter opted to enter the NFL Draft in 2013. Hunter missed the 2011 season when he tore his ACL in the third game of the year against Florida. He finished his college career in 2012, starting every game for the Volunteers and recording 73 receptions for 1,083 yards and nine touchdowns. He was third in the SEC in both total receiving yards and receiving yards per game.

On April 26 he was selected in the second-round, 34th overall, by the Tennessee Titans.

4. He Has Been Up-and-Down in His Two NFL Seasons 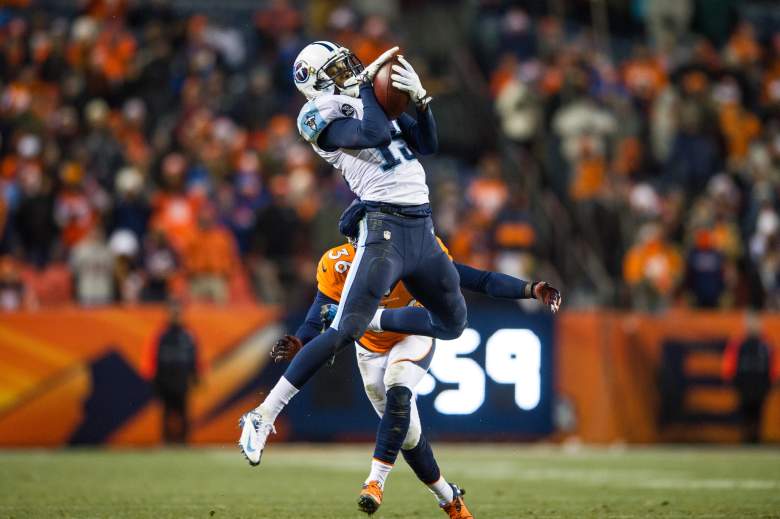 It hasn’t been an easy transition from the college to pro game for Hunter and the Virginia Beach native has struggled over the past two seasons.

Hunter played in his first professional game on September 22, 2013 and caught his first pass for a 34-yard touchdown that would ultimately be the game-winner for the Titans. He followed up with his second career pass; also a touchdown. But it hasn’t simply been sprints to the end zone for Hunter. In 26 total games the wideout has recorded just 46 receptions for 852 total yards and only five touchdowns after those very first two catches.

A dominant athlete throughout his life, Hunter’s skills don’t begin and end on the gridiron. In fact, he’s also a prolific long jumper and even represented his country in the 2010 IAAF World Junior Olympics.

Hunter competed in track and field throughout high school, setting a school record in his first-ever meet. By the time he graduated, Hunter had recorded a nearly ridiculous 7-feet-3 inches on the high jump and his best long jump was recorded at 25-feet 10 3/4 inches. At one point Track and Field News even rated him the country’s No. 3 long jumper. He couldn’t quite walk away from those numbers after he left high school, so Hunter became a two-sport athlete at Tennessee, explaining:

UT is a big track school as well as football. I had a good conversation with both coaches and they agreed to let me run track as well as play football as a true freshman.

He set records with the Volunteers in both sports as a freshman, recording a first-year best seven touchdowns on the football field and a freshman record long jump of 26-feet 1 1/2 inches.

Read More
5 Fast Facts, NFL, Tennessee Titans
The Tennessee Titans wide receiver is in a Virginia Beach jail, being held without bond, after he was charged with felonious assault.