Police say Matthew Fields killed his girlfriend, her two sons and shot her father, leaving him critical, before committing suicide. The tragic incident took place in the town of Suwanee, Georgia, on the morning of July 22. Fields was 29 years old.

1. His Girlfriend’s 8- & 9-Year-Old Sons Were Killed in the Shooting

#ForsythCounty Sheriff's deputies confirm this is an old mugshot of shooter, Matthew Fields. Live at 4 on #wsbtv. pic.twitter.com/kS03m5RnzL

The victims have been named as Rebecca Manning, 37, her two children Jared and Jacob, ages 8 and 9, and her father Jerry, 75. Jerry Manning is in critical condition in a Georgia hospital. CBS 46 reports that officers went to the home at 6 a.m. on the morning of July 22 and made the gruesome discovery. According to the network, Jared and Jacob, as well as Fields, were all pronounced dead at the scene. Rebecca Manning died en route to a local hospitaL. The Atlanta Journal Constitution reports that Rebecca Manning met the responding officers at the front of the home. She was screaming hysterically and shouting that she had been shot. Her wound was in the back and not immediately visible by officers.

2. Police Were Called to the House Just Hours Before the Shooting

Just got these pictures of Jacob and Jared Smith, two boys killed by their step-father in #ForsythCounty. #wsbtv. pic.twitter.com/ZrU1fcEzOE

According to Mike Petchenik of WSB-TV, police had been to the family’s home on the night of July 21, responding to a domestic disturbance call. Fields and Rebecca Manning were dating but he was not the father of her children, reports CBS 46. Dante Renzulli with the station tweeted that officers had been to the house before to deal with a different man. Deputies told Renzulli that they thought it was going to be same man there last night. Forsyth County Sheriff Duane Piper told the media that Fields’ mother told officers her son called her just before he killed himself.

3. The Shooting Happened Close to One of Georgia’s Most Famous Golf Courses

The location of the tragedy is close to the Olde Atlanta Club, a golf course community where the houses sell for $500,000, reports the Atlanta Journal Constitution. The newspaper also says that the roads around the golf club are closed.

4. The Town of Suwanee Is Regularly Voted Among the Best Places to Live in America

The town of Suwanee is 33 miles north east of Atlanta in Georgia. The town has a population of 17,000 people. In 2012, it was voted the third best town in America for raising families by Kiplinger. Then, in 2013, it was named as one of America’s 10 Best Towns by Family Circle. It’s also the setting for USA Network’s hit reality show Chrisley Knows Best.

5. No Motive Has Been Made Public by Authorities

The Forsyth County Sheriff’s Office confirmed via their Facebook page that the incident is a murder/suicide. There is no further threat to the community and no other suspects are being sought. Officers have not been public about what they suspect the motive to be. Speaking to the media, Sheriff Piper said “As the investigation goes on, of course, we hope to find some type of motive. There’s no reason that any of us are ever going to understand to wipe out an entire family. We have absolutely no clue at this moment what precipitated it.” 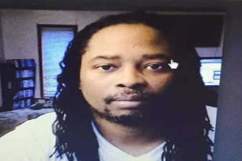