Senator Bernie Sanders has been married to his wife, Jane O’Meara Sanders, 64, for decades. And while the Democratic presidential hopeful wears many hats – he’s recorded folk songs, served in the Senate and House of Representatives, and is a bonafide Socialist – his wife is impressive, too.

Jane holds a bachelor’s degree in child development from the University of Tennessee at Knoxville, a Master’s in social work from Goddard College, and a Ph.D. in Leadership Studies in Politics and Education from the Union Institute and University. She has organized youth services, served as a college president, and raised four children with Bernie (three her own from a previous marriage, and one of Bernie’s from his college sweetheart.)

Here’s what you need to know about Jane O’Meara Sanders:

1. She Met Bernie The Night He Was Elected Mayor of Burlington, Vermont 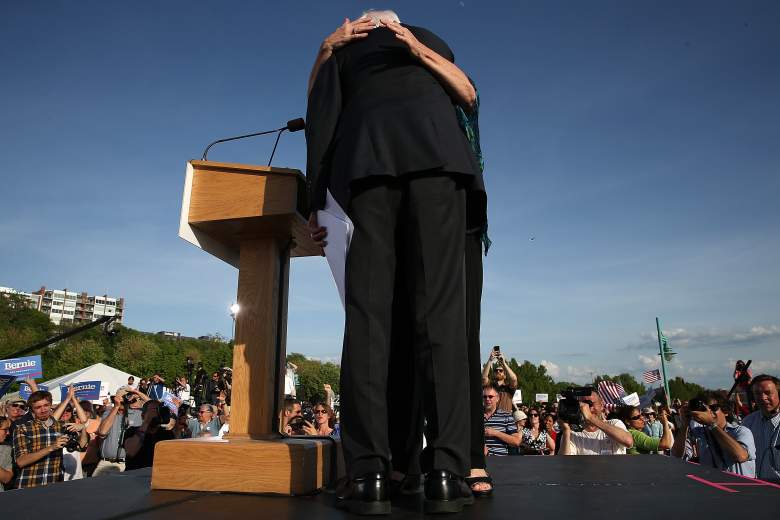 Jane (then just O’Meara) first heard about Bernie when she went to a meeting with the previous Burlington mayor and started asking him questions because they weren’t getting any direct answers, according to The Hill. People at the meeting told her “You sound like Bernie Sanders now!” She had no idea who Bernie was, and they told her he was running for mayor so she suggested organizing a debate.

Jane and Bernie met the night of April 6, 1981, when he was elected mayor of Burlington, Vermont. Incidentally, Bloomberg reports the two grow up a mere 15 blocks away from each other in Brooklyn, New York – though Bernie lived in a Jewish neighborhood, while Jane was from a Catholic area. The two were married in 1988.

Vermont Business and Social Responsibility published an interview with Jane Sanders in 2007 where she described her first meeting with the future Presidential hopeful.

I sat down and said, “Who’s Bernie Sanders?” They said, “He’s running for mayor.” I said, “Let’s organize a debate.”

So we did. He came, and everyone was swarming around him and the other candidates, because they weren’t supportive of the mayor, so, being the good Catholic girl, of course I was very nice to the mayor and barely even said hell-o to Bernie. But when I heard him speak, well, that was it. The police department I was working with supported him after that, and he won 10 days later. We met at the victory party, and that was the beginning of forever.

One of Jane’s roles is helping Bernie Sanders prepare for interviews and debates. Sometimes Jane will suggest he be a little less gloomy and a little more upbeat in his speeches. She also takes videos of his rallies on her iPhone and shares rare downtime moments with him while they’re traveling.

2. She Was Accused Of Bankrupting Burlington College

From 2004 to 2011, Jane served as Burlington College’s president. According to an interview with Vermont Women, she was involved in relocating the campus from a 16,000-square-foot area to one which was 77,000 square feet. This was part of Sanders’ approach to make the university a first-rate educational institution.

However, accusations later surfaced that this move may have led the school into financial ruin. Reports independent Vermont news source Seven Days: “Other critics question whether [Sanders] was responsible for the school’s near-demise last year, when the cash-strapped college found itself struggling to meet payroll. They say she over-leveraged the institution by borrowing $10 million to finance a risky campus expansion, assuming she could make payments by increasing enrollment and donations during an economic downturn.”

She was never charged, and she resigned in 2011.

Despite her career setback, Jane and Bernie have always been partners in the political world and this campaign, she said, has made them closer than they’ve ever been before. She’s called the “wife-everythinger” because of how much work she does for his campaign.

3. She Is Bernie’s Political Adviser 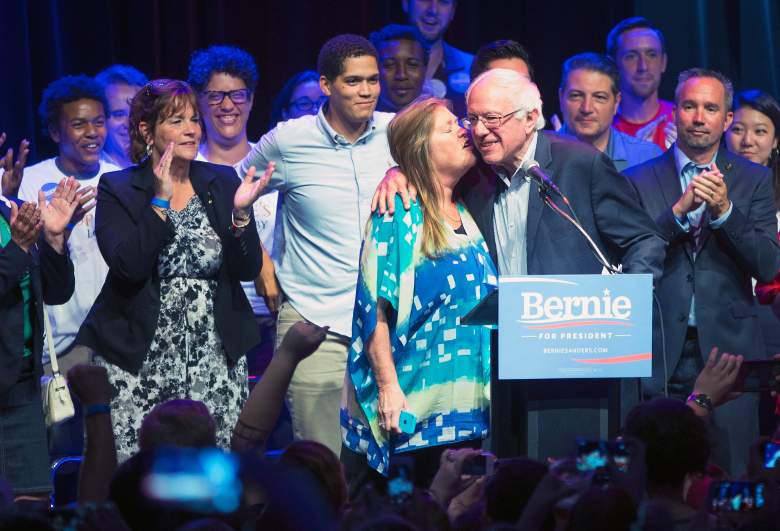 The Sanders were a very political couple when they married, and that hasn’t changed in the almost three decades they’ve been together. Jane was always eager to help her husband out in his endeavors, whether that be his position as Burlington mayor or his 2016 bid for President of the United States.

The New York Times reported in 1996 that Jane had been Bernie’s “key adviser in his political career.”

Bernie agreed in an interview with the Burlington Free Press, saying,

“Obviously Jane has played an important role in the congressional office. Yes, she is a soulmate, a sounding board.”

She once told Bloomberg that she speaks to journalists so often because she knows Bernie better than anyone else. She does this “Just to offer a personal glimpse and to have people realize the three-dimensional person he is.”

Jane O’Meara Sanders has no interest in being a candidate herself someday, Bloomberg reported. Instead, she wants to be her husband’s partner. Doing so means that Jane stays well versed on politics and policy issues and talks frequently with voters. She even advises her husband on everything. She told Bloomberg that she does this “to ensure that his principles and ideals aren’t ever compromised by the campaign.”

4. She Didn’t Move With Bernie To Washington, D.C., Initially 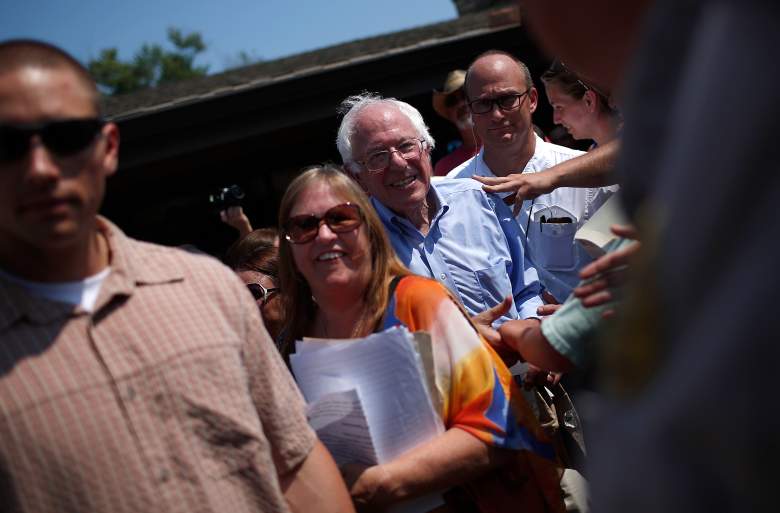 Bernie was elected to the House of Representatives in 1990, facilitating a family move to the nation’s capital. But rather than immediately following her husband to D.C., Jane decided to stay in Vermont for six months, not wanting to give up her work.

She told the Burlington Free Press,

“Everybody just assumed that I would go also … I stepped into a completely different world in Washington where people wear Chanel suits. I fit in better with the congressmen than their spouses.”

Jane continued, explaining her reasoning for staying behind:

“There are two choices: Live in your home state and have a weekend marriage or move to D.C. and possibly give up your job and uproot your children. When your spouse becomes a congressperson, you have to adjust your entire life if you want to stay married.”

Bernie and Jane decided together that Bernie would initially run for president in 2016. At the time, she was worried about how hard it would be to deal with negative ads and innuendoes.

“It’s not nice to wake up with a knot in your stomach every day and not know what’s going to hit us today,” she told Bloomberg. But in the end, Bernie brought up that somebody has to do it. He said: “If not now when, and if not us, who?” And she agreed. They were all in.

5. She Gained Her Passion For Social Justice From Her Family’s Economic Status 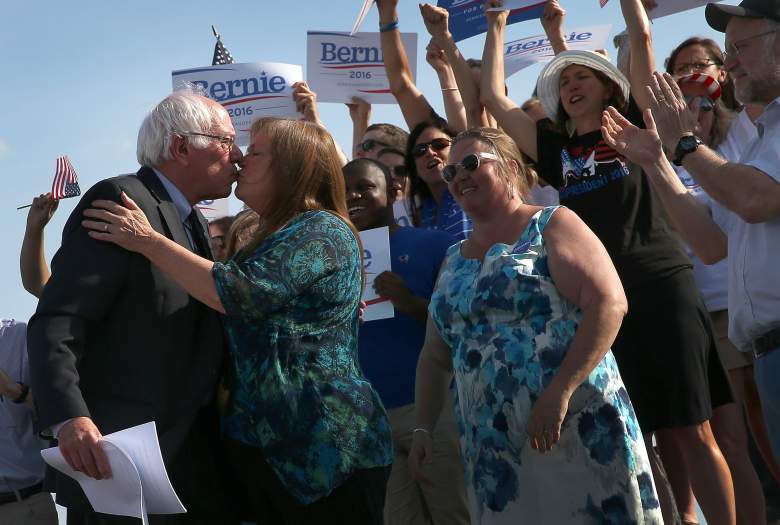 Jane’s father suffered from a disability during her childhood, and this, combined with the family’s economic status, shaped the way she approached life and her political ideations.

The Burlington Free Press reported in 1996,

Her social consciousness was born watching how money – or lack of it – affected her father during a chronic illness; it still tops her agenda.

Due to her family’s financial strain, Jane’s mother convinced the local elementary school to take Jane in at age 3, and at age 4, she said she was the teacher’s assistant.

At a town-hall event once in 2016, Bernie was asked what his proudest moment was. He said it was being married to Jane for 27 years.

— Beth Lindy contributed to this report.