A former U.S. Army Reserve captain went into a federal building in Manhattan on a busy Friday afternoon, killed a security guard and then committed suicide. That man has been named as 68-year-old Kevin Downing of Fort Lee, New Jersey. The incident happened on the afternoon of August 21 in Manhattan’s uber trendy Soho neighborhood. The motive for the crime may lie in Downing’s whistleblowing while he worked in the Department of Labor.

The 12-story Varick Street complex features a Federal Immigration Court, Department of Justice and Department of Labor offices. Also in the building are the offices of Rep. Jerrold Nadler from New York’s 10th Congressional district.

1. Downing Shot the Security Guard in the Head at Point Blank Range

Woah…. Someone was shot in the building next to me on #varick street. Hope they're ok…. pic.twitter.com/mYK6XNofdb

New York 1 reports that one of the victims has died at the scene. The Wall Street Journal reports that the deceased man is Kevin Downing, who committed suicide.

A federal source told the New York Times’ Al Baker “I do believe the threat has ceased. It is not an active shooter investigation.” CBS reporter Alice Gainer tweeted that the Downing walked into the building, shot the guard, walked through a metal detector and then shot himself. The Wall Street Journal reports that three guns were recovered from Downing’s body.

The FDNY says that another person was taken to a nearby hospital after he had a heart attack during the shooting.

2. The Security Guard, Idrissa Camara, Was Supposed to Be Off Work at 4

According to the Wall Street Journal, investigating officers are calling the shooting “random.” Idrissa Camara, a contracted security employee, has died. He was being treated at the Lennox Hill Heath Complex along 7th Avenue in Manhattan, that street has been shut down as a result. The New York Times reported that Camara worked for FJC Security. He was supposed to finish work at 4 p.m. but had agreed to stay on for an extra hour, reports NBC New York.

3. He Was a Blew the Whistle on ‘Inexcusable Taxpayer Waste’ at the Department of Labor

In November 2013, Kevin Downing signed a letter of whistleblowers. The open letter sought further protections from the powers that be for whistleblowers and and victims of sexual assault in the military. It was addressed to the U.S. senate. You can read the letter above. Heavy.com found a Change.org petition that said Downing had been fired from the Department of Labor for “disclosing inexcusable taxpayer waste.” The “waste,” was an expensive annex to the Department of Labor that was being built in New Jersey. The petition sought for Downing to be reinstated so he could qualify for benefits. It’s also written that at the time he was fired from the Department of Labor, Downing’s fiancee died of breast cancer and that his home was in foreclosure.

It's time: #With1010, both the economy and American workers get a hand. pic.twitter.com/JKFHwWcqwV

According to a Twitter account with the name Kevin Downing from Fort Lee, his politics could be described as very liberal. He seems to particularly passionate about minimum wage rights in America. Downing wrote on March 19, 2014 “Happy Meals, low wages, and pay theft? @McDonalds it’s time to treat workers right.” He also expresses support for liberal politicians Elizabeth Warren and Democratic presidential candidate Bernie Sanders. Downing frequently wrote on the page that he “stands with Sanders.” Last year, he posted a link to a petition against the Koch brother’s influence in American politics.

5. He Was Working as a Real Estate Agent in New Jersey

According to Realtor.com, Downing was a real estate agent in New Jersey during the last years of his life. He worked for the firm Coldwell Banker Residential Brokerage. Downing sold houses in the price-range of $595,000. 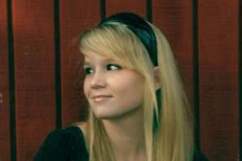