A woman driver in Gastonia, North Carolina lost her mind and put nearby drivers in danger. She started driving in circles in a busy intersection while waving her hand out of the window. When the police arrived, she just started driving faster, slamming into the police car a couple times before finally flipping her car over and taking out a fire hydrant in the process. A second video, taken from a different angle, is next:

Here, you can see shots that were missed by the first video, including how she slammed into one cop car multiple times before driving down an embankment and flipping her car. Her family has since released a statement, saying that Debra Lloyd has bipolar disorder and had gone off her medication, believing that Jesus would heal her, Fox 8 reported. Witnesses said that when she got out of the car, she started singing, “Jesus loves the little children of the world.” At one point, she stopped her car briefly and exchanged words with a police officer. He asked for her name and she said, “Faith, hope, and love,” and then rammed into his car, according to Fox 8. 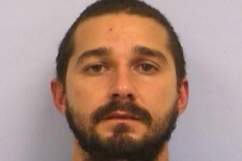