The Acacia Mansion is beautiful. (Yelp)

Knapic filed her claim in The Superior Court of California on November 19, 2015. The case is currently labeled as “pending,” with a hearing to show cause and proof of service scheduled for April 15, 2016.

The Acacia Mansion, located in Oja, California, currently rents on Airbnb for $1195/night. The Spanish mansion was built in 1929 and is a historic landmark, according to Airbnb. It sleeps 17 and has acres of beautiful landscaping. It also serves a wedding venue, with fees ranging from $3,000 to $7,500 depending on the number of guests and the number of nights booked. A cleaning fee of $250 is also required. 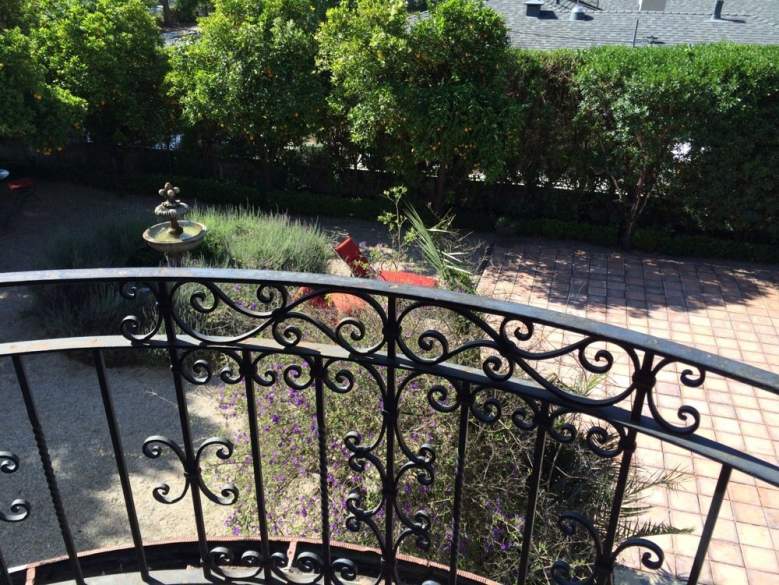 Knapic said the Acacia Mansion was destroyed and filthy when she got the house back. (Yelp)

Knapic stated in her claim that when she returned to the mansion after the guests left, it was littered with sex toys, fecal matter, urine, semen, and other human matter. She said trash and human matter were everywhere, even on the curtains and the ceilings and walls. Lucas’ studio, however, disputes this claim and said the house was fine when they left.

Knapic said she is also concerned that the pornographic film made at the mansion will damage her Airbnb listing’s reputation. You can see the entire lawsuit here. She contacted Airbnb, asking for $30,000 in cleaning fees. The lawsuit orders Lucas not to sell or distribute any footage they made at the property, the New York Daily News reported. 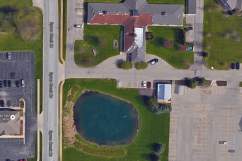 PHOTO: Submerged Car With Body of Missing Man Was Visible on Google Maps 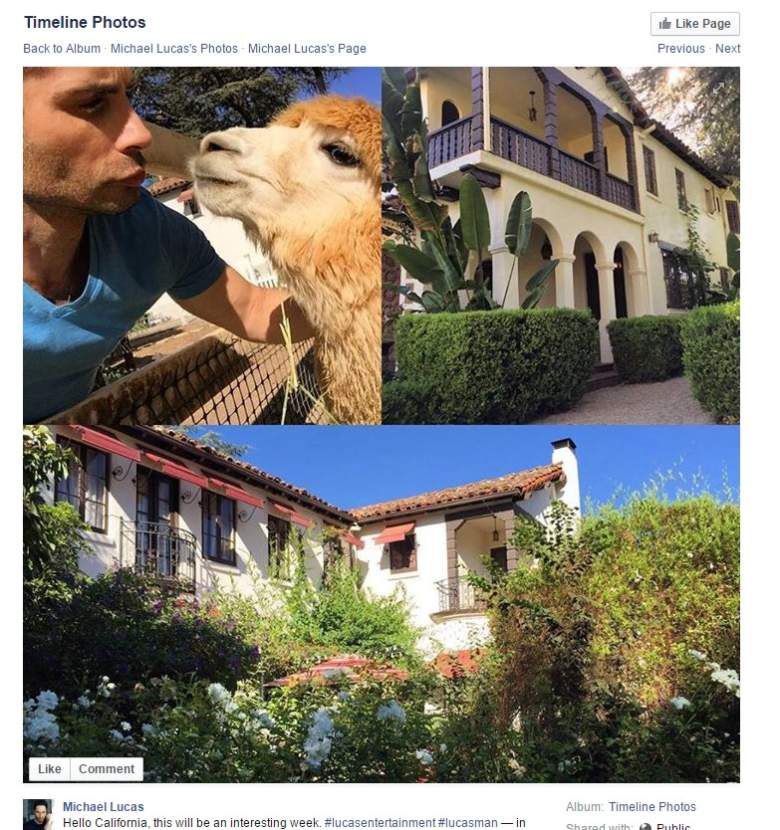 Lucas told Heavy.com that he has not been served a notice of the lawsuit and only heard about everything through online publications. According to a statement he released to Queerty, Lucas said his company had filmed a movie at the mansion, but every word in the allegation was false. He said they have photographic evidence that the mansion was in perfect condition when they left and they were complimented on how clean the house was.

AVN reported that Knapic was on the premises during the entire stay. According to AVN, Lucas texted Knapic on August 27 about medication left behind and and she said the cleaning staff had already been through and thrown away everything, but did not mention any damage left to the property. Knapic’s claim stated that she found the mess on August 16. You can see screenshots of the text messages on Queerty here.  Lucas’ statement included, in part:

Not having been served with any papers, we cannot ascertain if the complaint as filed is verified. But if Ms. Knapic continues with her claims, she will have to make statements under oath and provide admissible evidence of her claims. It’s also her lawyer’s job to ensure she does not commit perjury.

5. Acacia Has a 4 Out of 5 Star Rating, With Some Complaints About Security Deposits

Day 1: Acacia Mansion in Ojai. More to come on the blog! #travel #ojai

Online reviews for the Acacia Mansion are glowing and positive. On Yelp, it has a 4 out of 5 stars and 17 reviews. Reviewers stayed there for vacations or anniversaries and said it was a gorgeous old mansion with an old plantation feel. One reviewer wrote: “The grounds were green and beautiful and include a private saloon/game room, jucuzzi, and small sauna. The house was established in 1929 so it has loads of charm and character and is each room has a unique feel.”

There is a negative review on TripAdvisor, saying that Knapic retained the security deposit for two months for damage before eventually returning only some of the deposit. The reviewer said she didn’t specify exactly what was damaged and he tried to leave the place in better shape than he found it. Knapic replied on TripAdvisor that she kept $225 of a $1,000 deposit to cover broken pool lounge chairs. She said she sent photos and receipts to the person who stayed there.  The same review was also left on Yelp. A second poster on Yelp also complained about their deposit not being returned and a small amount taken out for plaster cracks in the pool and other repairs.