Anthony Wayne Smith, former tight end for the Raiders was convicted today on three counts of murder in relation to the deaths of two brothers in 1999. (Twitter)

Anthony Wayne Smith, former defensive end for the Oakland Raiders has been convicted on three counts of first-degree murder today. Smith was convicted in the shooting deaths of two brothers in 1999 and the stabbing death of another man in 2001, he faces life in prison without the possibility of parole.

1. Smith is Accused of Killing Four Men But Only Convicted of Three 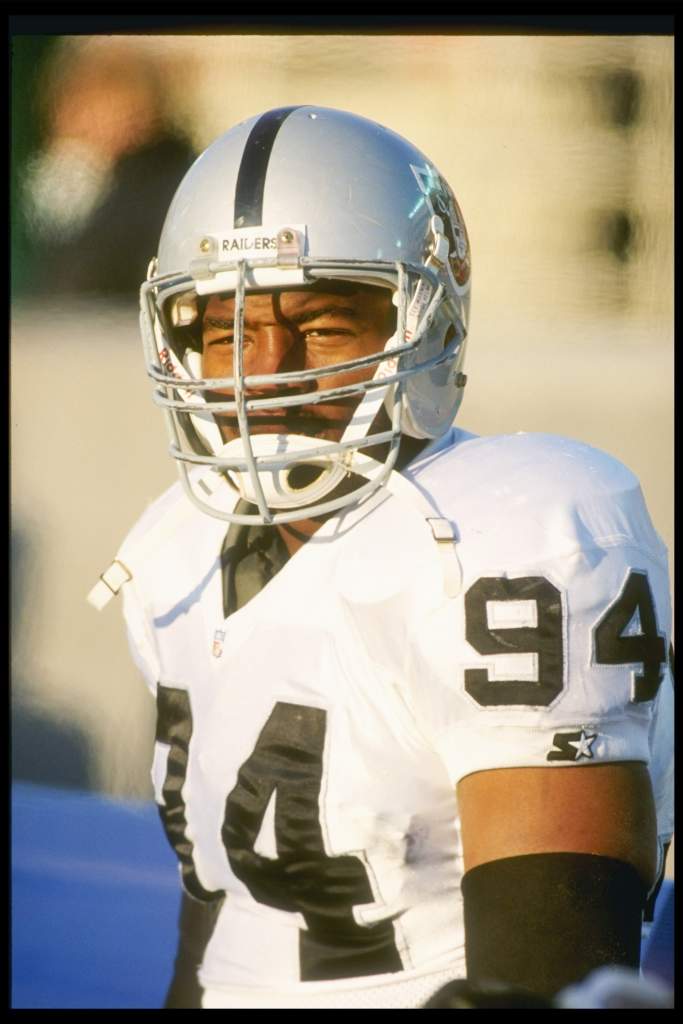 Anthony Smith of the Los Angeles Raiders looks on during a game against the Chicago Bears at Soldier Field in Chicago, Illinois. Smith was retired when the accusations against him came out. Getty)

Smith is accused of killing four men over the span of nearly a decade, but he was convicted of shooting and killing brothers Kevin and Ricky Nettles on November 10, 1999, and stabbing Dennis Henderson to death on June 25, 2001, according to ABC 7.

Jurors could not come to a unanimous decision over the October 7, 2008, shooting death of Maurilio Ponce, so a mistrial was declared. Specifically, the jury deadlocked 9-3 in favor of a guilty verdict on the fourth count of murder.

This isn’t the first time a jury was unable to make a decision about Ponce’s death. A separate jury in 2011 split 8-4 in favor of a guilty verdict, leading to the first mistrial, according to Reuters.

A hearing on whether prosecutors plan to re-try Smith for the Ponce killing, was set for December 21, according to ABC 7.

2. Prosecutors Say All Three Victims Were Kidnapped and Tortured 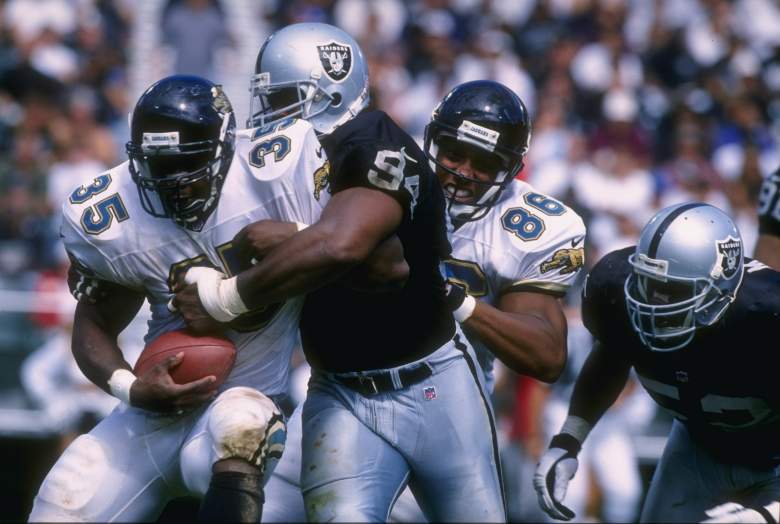 Anthony Smith of the Oakland Raiders tackles running back Le’Shai Maston #35 of the Jacksonville Jaguars. He was with the Raider from 1991-1998. (Getty)

During the trial, evidence and testimony revealed that these were not clean deaths, the victims were tortured.

The Nettles brothers were found with their heads wrapped in duct tape. It was stated in a testimony during Smith’s preliminary hearing that Ricky Nettles’ stomach had been branded with a burn in the shape of a clothing iron, according to ABC 7.

Despite the Los Angeles County jury verdict, Smith’s attorney, Michael Evans, says he will appeal the convictions against 48-year-old Smith because the evidence was insufficient and there’s no credible motive, according to ESPN. 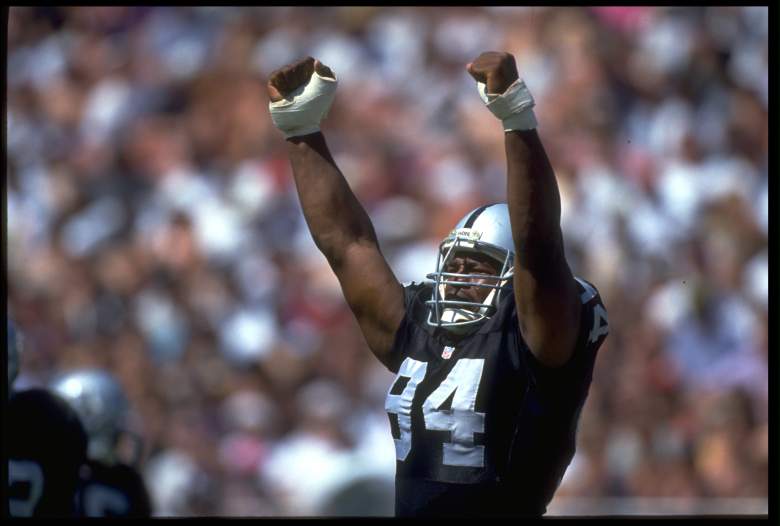 Anthony Wayne Smith reacts on the field. He will most likely face life in prison due to the charges. (Getty)

Smith was on the Los Angeles and Oakland Raiders for seven years as a defensive end. He amassed 57 1/2 sacks and 190 tackles before retiring in 1998, according to ESPN.

He was a first-round 1990 draft pick of the Raiders and an 11th pick overall for the NFL that year. Smith played all seven seasons of his pro career for the Raiders, according to Reuters.

4. His Mother Died When He Was Three & His Step Father Was Said to be Violent 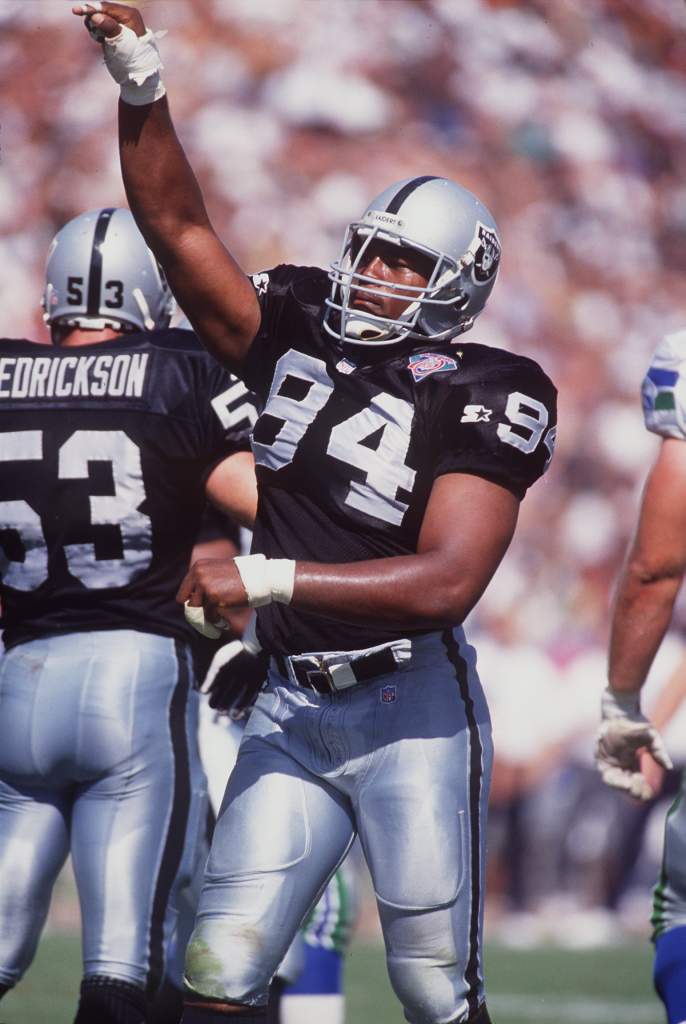 Smith had a tough upbringing and football was his escape.(Getty)

According to a 2013 GQ article about Smith, his mother, Naomi died when he was just three-years-old. According to men in his neighborhood she was, “a beautiful woman who drank too much.” She reportedly died of liver failure.

It’s not entirely clear who Smith’s father was but his mother’s partner, James Gallop, was known for being violent and having a temper, according to a family friend of the Smith’s.

The friend recalls a time when Gallop branded Naomi by picking her up and putting her own the wood-burning stove.

Eventually Smith’s half-brother, Donald, stepped in and raised Smith, although the friend said Donald used to hit Smith, but this was seen as not a big deal during this time.

5. Relatives of the Victims Are Relieved & Satisfied With the Conviction 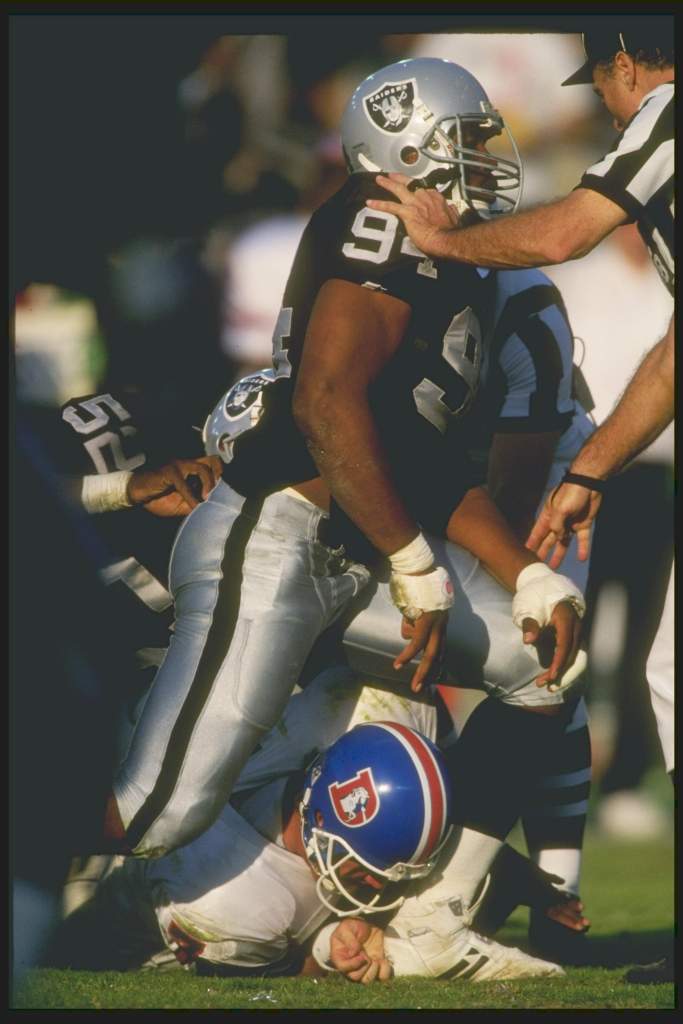 Anthony Smith of the Los Angeles Raiders looks on during a game against the Dener Broncos. Smith’s lawyer seems fairly confident there is not enough evidence and they will be able to appeal. (Getty)

Alicia Tribble, a sister-in-law of the Nettles brothers, said to Reuters after the verdict was read:

“Justice will be served. All my nieces and nephews will have some closure. We won’t bring them back, but at least the person who is responsible will pay for what he has done.”

A couple people on Twitter also spread the news about the conviction and shared their thoughts on the verdict.

Anthony Smith verdict to be read… if you remember him playing, I always thought he would kill someone on the field. #Raiders HA.