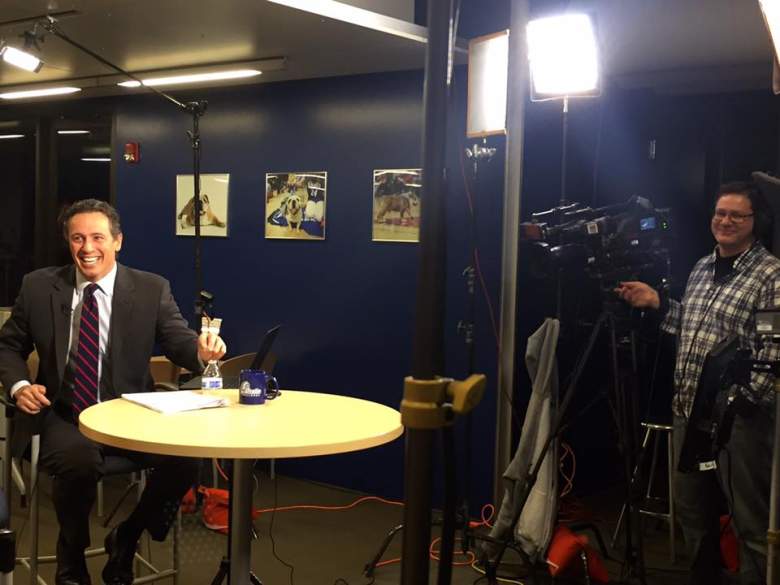 Chris Cuomo, a CNN correspondent and host of New Day on the network, is a Peabody-winning and Emmy-nominated journalist and former lawyer. The son of former New York governor Mario Cuomo and brother of incumbent New York governor Andrew Cuomo, Chris Cuomo began his career as a successful Wall Street lawyer before entering the world of journalism.

Monday, Cuomo will host CNN’s Iowa Democratic town hall from the Drake University campus in Des Moines, the last chance for the candidates to make an impression on Iowa voters before the Iowa caucus.

1. His Father & Brother Are the Former & Current Governor of New York 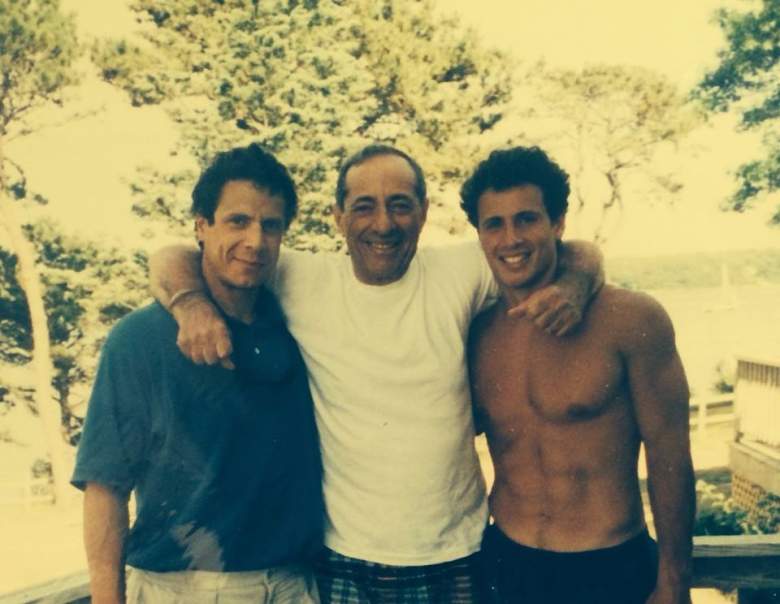 An early photo of Andrew (left) and Chris (right) Cuomo with their father Mario. (Facebook)

Cuomo’s father Mario served as the 52nd Governor of New York, and Cuomo’s brother Andrew serves as its 56th. Mario’s service meant that the future governor often had to “basically raise” his younger brother, Chris Cuomo told New York Magazine; it was Andrew who dropped Chris off at Yale, for instance.

The brothers Cuomo, however, are unafraid to take their sibling rivalry onto the airwaves in their official capacities. Jon Stewart devoted a segment to a New Day interview that quickly turned into a smack-talk session.

2. Before Journalism, He Was a Successful Wall Street Attorney 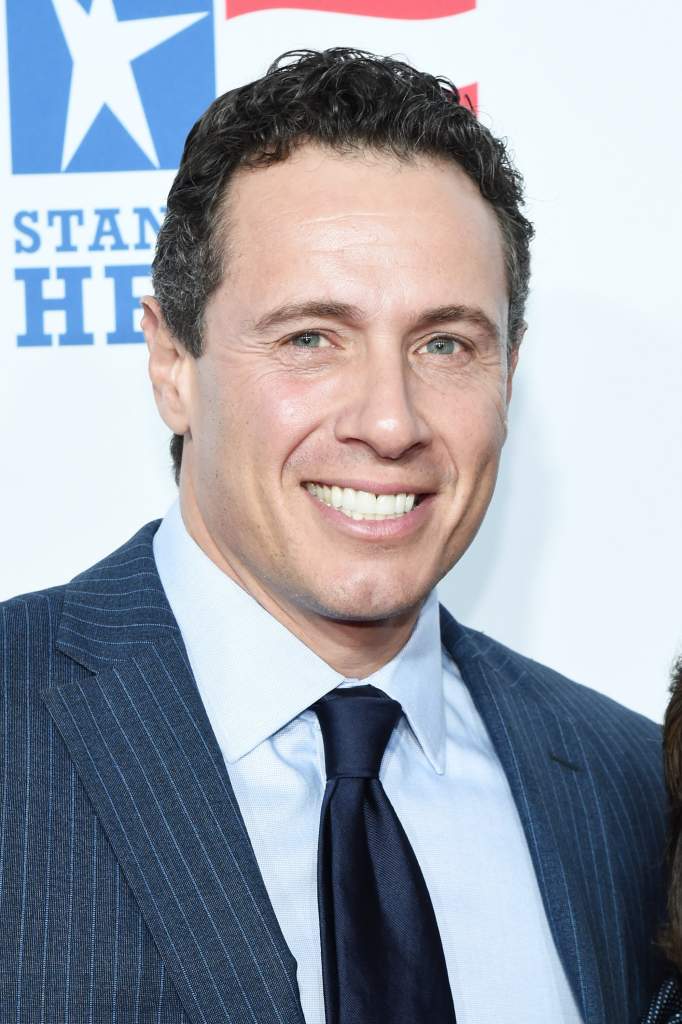 Chris Cuomo at the New York Comedy Festival’s Stand Up for Heroes Event in 2015. (Getty)

After graduating from Yale, Cuomo earned a law degree from Fordham University in New York City, then began a successful career as a Wall Street lawyer. He was considered one of New York’s most eligible bachelors and made People’s 50 Most Beautiful People list in 1997, but found the work unsatisfying, leaving for a temporary CNBC gig before moving on to permanent work at Fox and ABC News.

Despite his legal background, Cuomo ran afoul of free speech advocates in 2015 for suggesting on Twitter that the First Amendment has an exception for “hate speech,” which was ruled “False” by Politifact. 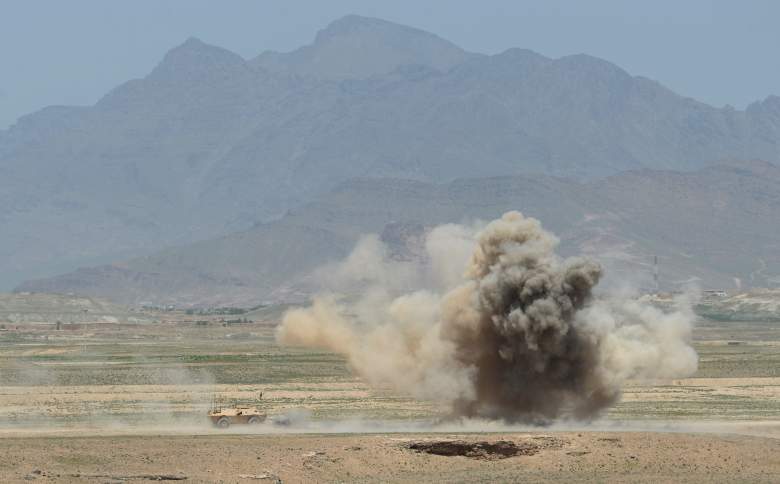 Explosion from an improvised explosive device in Afghanistan. A similar device struck a convoy carrying Chris Cuomo in Iraq. (Getty)

Cuomo went to Iraq as a correspondent for ABC News in 2007. While there, he accompanied the US Army’s 410th Military Police Company on a routine patrol while training Iraqi forces. While investigating reports of a burning police vehicle in Baghdad, soldiers found a series of bodies on the side of the road, each booby-trapped with an improvised explosive device. Insurgents ambushed them with small-arms fire following detonation. While the Army vehicles were disabled by the explosions, injuries were limited to one servicemember.

Cuomo later described his awe at the preparedness and poise of the troops with which he was embedded:

Remember, these soldiers deal with this every day. When I talked to the captain after this, the first thing he wanted to say was this is our duty. We’ll be back here again tomorrow to carry this out. An amazing testament to their dedication, whether the mission made sense and whether it is a situation that can be salvaged is another question. But these men were very calm under pressure. We certainly salute them.

4. He Calls His Son ‘The Person Who Changed My Life’

Cuomo married magazine editor Cristina Greeven in a Catholic ceremony on Long Island. The couple have three children, Bella, Mario, and Carolina, who Cuomo refers to as his “jewels.”

In a segment for CNN’s “The Person Who Changed My Life” (seen above), Cuomo credits Mario’s rebelliousness with changing his “intense and insistent” demeanor, which led him to success as a journalist but not as a parent. Cuomo described the dynamic of “fear” that permeated his relationship with his father, and how his son needing a different dynamic led him to change his demeanor in parenting and in his professional pursuits.

5. He Saved a Drowning Man in the Hamptons

Chris Cuomo on a fishing trip with his children. On a similar trip, Cuomo ended up saving a swimmer’s life. (Facebook)

During a weekend fishing trip at his family’s Hamptons vacation home in 2015, Cuomo and his wife spotted a man drowning in open water. The Cuomos initially attempted to throw the man a life preserver, but saw that he was too physically spent from fighting a strong current. Cuomo then jumped in the water and swam to the man, managing to grab him and drag him back to shore.

Back at work on Tuesday, Cuomo downplayed the incident; his co-anchors on New Day noted that he didn’t even mention it while recapping his weekend when they arrived on set. While trying to keep the incident low-key, he did offer advice for would-be swimmers: “There’s a lesson in this: don’t jump into fast-moving water.” 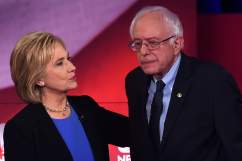 Democratic Town Hall: What Time & Channel is it On?