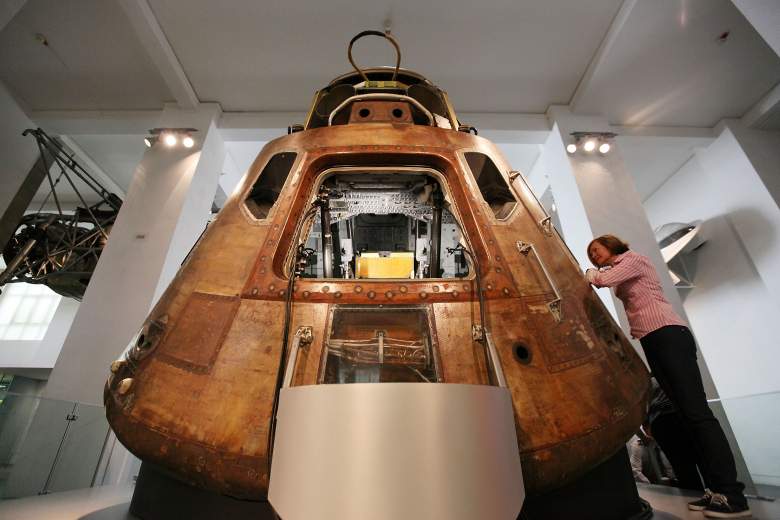 Apollo 10 astronauts heard a strange music-like sound on the far side of the moon, when radio transmissions should have been blocked. At first, they weren’t even sure they wanted to tell NASA about what they heard. What exactly did the Apollo 10 astronauts hear in 1969? The Science Channel’s “NASA’S Unexplained Files” will delve into this mystery tonight, but we already have the answer right here. And it’s not quite as out-of-this-world as you might be hoping.

Back in 1969, two months before the first manned landing on the moon, three astronauts heard something very unsettling. They heard otherworldly music through the Apollo module’s radio that had a “whistling sound” to it. The transmission lasted almost an hour, while they were on the far side of the moon and out of radio contact with Earth.

The transcripts were classified until 2008 (read them all at this link), but the source of the sound is still debated in some circles. You can hear it on this CNN report:

You can also just barely hear it in NASA’s recording of the incident, around 2:50 at this link.

The Source Was Likely Radio Interference

The most accepted explanation is that there was radio interference. According to CNN, radios in two spacecraft, the lunar module and the command module, were interfering with each other and creating the sound. The noise started when the two vehicles were both turned on and near each other.

But Al Worden, Apollo astronaut, disagrees. He said the Apollo 10 crew should have been used to those types of noises. Meanwhile, in a statement released by NASA, Eugene Cernan, one of the Apollo 10 astronauts who heard the noise, said he doesn’t remember being as excited about it all as everyone’s claiming.

In fact, Michael Collins, pilot of Apollo 11, said he heard the same sounds and didn’t think much of them, CNN reported. He described it in his book, “Carrying the Fire”:

Had I not been warned about it, it would have scared the hell out of me (…) fortunately the radio technicians (rather than the UFO fans) had a ready explanation for it: it was interference between the LM’s and Command Module’s VHF radios.”

Hearing “other-worldly sounds” in space isn’t rare. According to NASA’s Unexplained Files, The Cassini spacecraft picked up similar broadcasts from Saturn. The noises sound weird, almost like alien speech. But those sounds were caused by charged particles moving through Saturn’s magnetic fields.

Solar wind sounds can also be “beautiful.” In 2011, the CARISMA radio array turned the solar wind sounds into 3D waveforms and put them into a video, which you can see above.

Loading more stories
wpDiscuz
2
0
Would love your thoughts, please comment.x
()
x
| Reply
Apollo 10 astronauts heard strange music on the other side of the moon. But the explanation isn't so mysterious. Find out what they heard and listen to it.