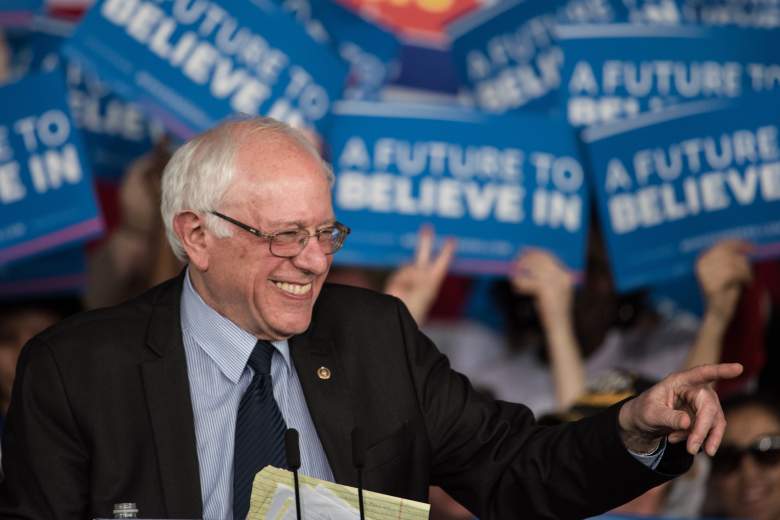 Bernie Sanders still has a chance at winning the Democratic nomination, thanks to Primary 2.0 and an impressive online grassroots campaign. (Getty)

Bernie Sanders may be behind in the delegate count, but with a powerhouse grassroots campaign, he still has a chance to win the Democratic primary. And according to some experts, that chance will continue to grow now that “Primary 2.0,” which began on March 16, is in full swing. We may already be seeing signs of it, with Sanders winning more delegates than Hillary Clinton on March 22 and sweeping all three states on March 28 by huge margins.

As of March 28, Hillary Clinton still has a lead over Sanders — 1,261 to 1,022 — in pledged delegates, the number of delegates earned through each candidate’s performance in the primaries and caucuses held so far. When you factor in Clinton’s edge in superdelegates — the elected officials and party leaders who can support whichever candidate they want — Clinton leads 1,712 to 1,004. But superdelegates aren’t locked in and can change their minds at any point, especially if there’s a big upset in future states. Sanders has said that he’s going to pursue superdelegates’ votes, especially in states that he has won. A total of 2,383 delegates are needed to get the nomination. Here’s a  rundown of how things are looking so far, as of March 23:

* Superdelegates can change their minds at any point before the convention, so it’s possible Clinton’s number will go down and Sanders’ will go up if Sanders performs well in upcoming primaries and caucuses.


Sanders, though, still has a shot at the nomination, thanks to two factors: 1. The primary map got a lot friendlier for Sanders after March 16. And 2: If Sanders eats into Clinton’s lead in pledged delegates, he’ll have a chance to win over superdelegates, who can change their mind at any time.

Congressman Alan Grayson, who is running for U.S. Senate, recently posted on Tumblr explaining why the race isn’t over for Sanders, especially once what he calls “Primary 2.0” began on March 16.

‘Primary 2.0’ Could Bring a Big Number of Delegate Wins for Sanders

Alan Grayson, U.S. Representative for Florida’s 9th congressional district, posted about “Primary 2.0” on his Tumblr account. Grayson, who is running for Florida senator and has been called “The Left Wing’s Trump” by the Atlantic, laid out the path forward for Sanders.

He explained that from February 1 to March 15, “Primary 1.0” consists of “Old South” states that are by and large Hillary Clinton supporters. (Watch Grayson’s explanation of the process in the video above.)

However, outside of these Old South states, Sanders has won nine out of 12 races, leaving the delegate count at 775 to 552 in Clinton’s favor. (To see more about the current delegate count, visit this Heavy article.)

The unofficial Primary 2.0, which is March 16 through June 7, includes no “Old South” states, but Pacific and Mountain states. These include some huge delegate states, such as California (545), New York (291), and Pennsylvania (210). If Sanders wins Primary 2.0 by the same margin that he has won previous non-Old-South states, he will have about 407 more pledged delegates than Clinton by the time June 7 ends.

This doesn’t include superdelegates. But as Heavy.com explains in this article, superdelegates aren’t secure and can change their minds, especially if Sanders pulls some upsets.

Prediction sites changes their views on Sanders’ chances at a win every day, based on current delegate counts and other factors. Going into March 15, according to PredictWise, Sanders had a 10 percent chance of winning the nomination. This 1-in-10 chance was a huge increase over earlier predictions, where he was as low as 3 percent and Clinton was predicted to win with virtually no competition at all. If he pulls some upsets early on in Primary 2.0, those predictions could change.

A Strong Online Grassroots Campaign Could Help Lead the Way

Another growing advantage that Sanders has in his corner is an impressively strong grassroots campaign, especially with young voters advocating for him online. This is the same type of advantage that Hillary Clinton underestimated when Barack Obama won the primary nomination against her. For example, Sanders’ campaign requested 150,000 donations in 24 hours on Monday, March 14 and he got it.

The grassroots campaign is active on many fronts. Sanders has an extremely active phonebank that’s operated from his website here. Beyond that, a Chrome extension called BerniePB was created to gamify the calls and get people more motivated. The site has a pleasing graphical interface that shows you which states are current priorities and how many more calls are needed for each. The video posted above shows a time lapse of 10,000 calls condensed to three minutes. On Monday, March 14, the phonebank was logging 1,000 calls every five minutes.

Sanders Also Has a Facebank Campaign Unique to His Supporters

Bernie Sanders has a strong online backing that advocates him through Facebanking. (Instagram/Bernie Sanders)

Bernie supporters have created a Facebank campaign that is unique to Feel the Bern supporters. Supporters can use a tool called Bernie Friend Finder to find all their Facebook friends who live in state that’s voting in an upcoming primary, along with friends of friends in those states who have liked Bernie Sanders’ Facebook page. They can then use a sample script to remind their friends to vote in the primary.

If they want to go beyond just sending a message, supporters can invite their Facebook friends to a private “Mega Event” created just for their state. These Mega Events will remind attendees of voter registration deadlines, polling locations, and more. If you want to invite people to Facebank events, you can get invited to all of the live ones by submitting your Facebook URL here. Events go live about two weeks before the registration deadline. (Learn more about the Facebank process here.)

Behind much of the grassroots support are communities dedicated to Sanders, like a community on Reddit called SandersForPresident that has more than 210,000 subscribers and often works on getting specific phrases trending on Twitter. 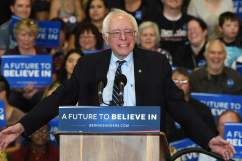 Loading more stories
wpDiscuz
10
0
Would love your thoughts, please comment.x
()
x
| Reply
If 'Primary 2.0' theories hold, Bernie Sanders could have huge wins in the future. And an online grassroots campaign could make the difference. Here's why.