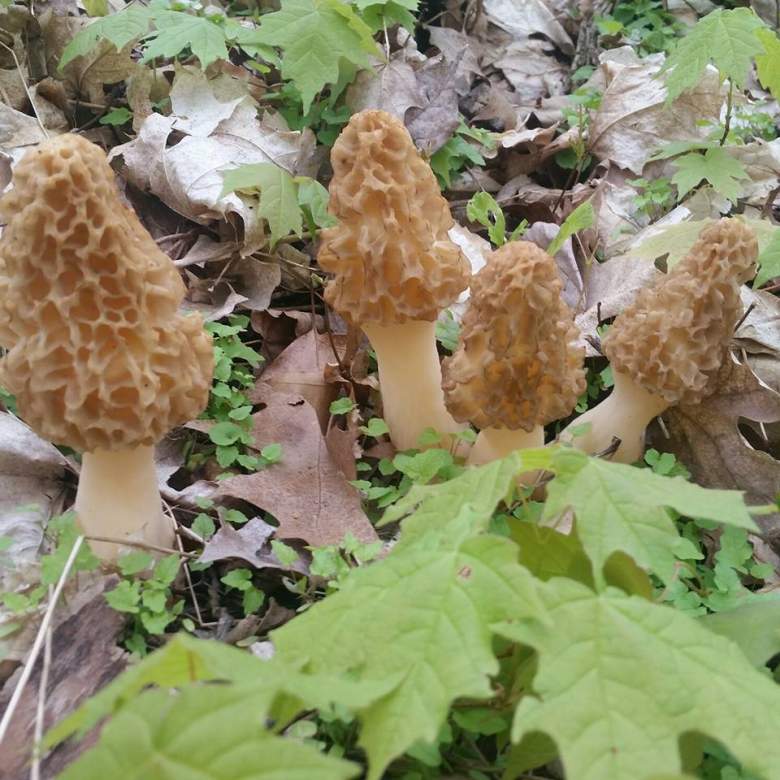 It’s hard to believe that it’s almost that time again. The time of year nearly every mushroom enthusiast worships. Morel mushroom season is quickly approaching. Whether you’re an experienced forager or a rookie looking for tips, there’s always something to learn when it comes to the hunt.

If you’re hunting them yourself, please use caution. Though morel mushrooms are very distinct, there are some species that look similar. When in doubt, don’t pick. If you’re not comfortable or don’t have time to hunt them yourself, the pricey morsels can be found at local farmer’s markets and some grocery stores.

Morel Mushrooms Are Found Across the Country, From Late March Through May

Morels are known for their brain-like appearance. (Heavy Photo/Jennifer Dzikowski)

Morel mushrooms have been found in all fifty states, but they’re most abundant in the Midwest. From conditions of the soil to overnight temperatures, the growth of a morel mushroom is a delicate process. According to radishmagazine.com, “As a general rule-of-thumb, morels begin to emerge when the overnight low temperature does not fall below 60 degrees for three consecutive nights and continue to emerge until the daytime high temperatures reach the low 80s for three days in a row.”

Every experienced hunter has their own methods for finding morels, which tend to be camouflaged within their surroundings. Once you find your first, the sport becomes addicting. Start by looking in lush forests full of rich soil that grows plentiful ash, aspen, and oak trees, where they’re found most often. South facing slopes, riverbeds, and areas with dead or dying elm and fruit trees are also hot spots. It should be noted though, that even when the stars have aligned and you think you’ve found the perfect spot, anything can happen. Sadly that prime spot you found might not produce a single morel mushroom. It could also become a gold mine. If you don’t find any the first time around, check the spot again as they’ve been known to sprout overnight. The biggest trick to this hunt is patience. Even if you come home empty handed, remember one of the best parts is simply getting out and enjoying nature.

When you do find a ‘honey hole,’ don’t give it up! Morel hunting has become extremely popular in the last few years, which can be attributed largely in part to the internet. If you end up telling one person about your lucky spot, they’re bound to tell someone else who will tell another person, and soon you won’t have any for yourself. Keeping a secret is part of the fun!

If You Can’t Find Morels, You Can Buy Them

These morels were found at peak season, and could cost anywhere from $15 to $25. (Heavy Photo/Jennifer Dzikowski)

Whether you’re pressed for time or don’t have the patience to hunt yourself, buying morel mushrooms is always an option. However, be forewarned. Because they’re considered a delicacy and only grow for a short period out of each year, you can expect a high price tag. Many local farmer’s markets will carry them, as well as specialized grocery stores. Whole Foods usually stocks them when in season. Though they’re best consumed fresh, some stores carry dried morels year-round. On Amazon.com, one ounce of dried morel mushrooms costs $35.95. Fresh morels vary in price, and you can expect to pay anywhere from $30 to $75 per pound.

Once you start conversing about the fungi, you’ll be amazed at how many people know about them. Your best bet, if not foraging them yourself, is to find a family member or friend that does. Most will be proud of their finds, and eager to share if they’ve had a good year. 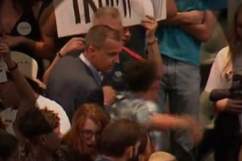 Morels Are Delicious on Their Own, or To Compliment Your Favorite Dishes

The taste of morel mushrooms is hard to describe. I’ll never forget the day I came home to my father sauteing them. I never liked mushrooms, but the aroma was irresistible and I knew I had to try them. One taste and I was hooked, eagerly hunting alongside him the next day. You can’t go wrong sauteing morels with a little bit of butter or olive oil. Toss them in flour before frying for a delicious battered version.

In some recipes, the taste that people pay so much for gets lost among the other flavors.
If you’re going to cook with them, think simple. A grilled cheese with layers of morels between leek cheese on sourdough is amazing. You can also use them as a side to seafood or a grilled steak. 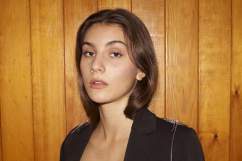 Loading more stories
wpDiscuz
3
0
Would love your thoughts, please comment.x
()
x
| Reply
The 2016 morel mushroom hunting season will soon be in full force. Find out here where and when to find them, buy them, and get ideas for cooking the delicacies.