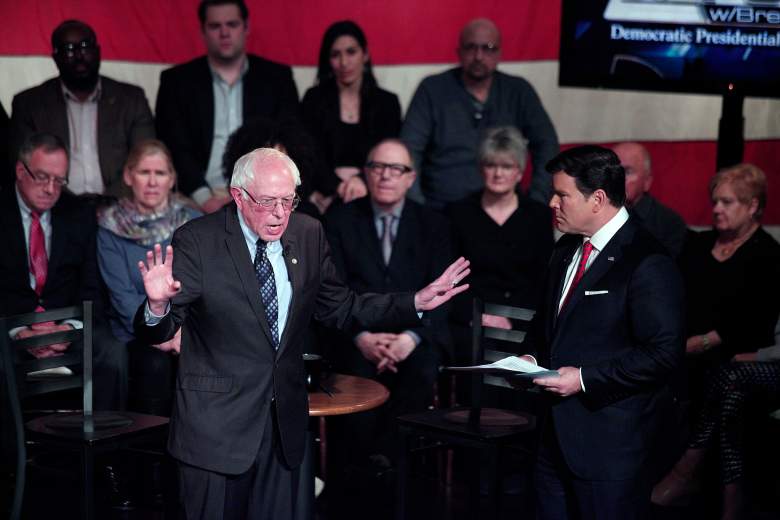 After many were counting him out, citing an increasingly narrow path to the nomination, Bernie Sanders pulled out a historic upset of Hillary Clinton in the Michigan primary. Given less than a 1 percent chance by election forecaster FiveThirtyEight and down by 21 in the polls, Sanders took 49.8 percent of the vote to Clinton’s 48.3 percent, securing the largest upset in electoral history. Despite this, Clinton actually won the night in the delegate count, thanks to an almost 70-point victory in Mississippi. Clinton remains well ahead, with a particularly large lead in unpledged or “super-” delegates:

Pledged Delegates: Clinton Ahead, but Bernie’s Not Out

Clinton is ahead in the count of “pledged” delegates, or those required to vote for a candidate as a result of their state primary or caucus. Here’s how it got that way:

Sanders’s decisive win in New Hampshire briefly gave him a 4-delegate edge in pledged delegates and added momentum to his campaign. Because New Hampshire allocates delegates more closely to the total state vote, the vote totals are roughly in line with the popular results.

Clinton’s result in Nevada evened out the race:

Then came Super Tuesday, a huge swing in Clinton’s favor:

“Super Saturday” and the next day’s Maine caucus gave the majority of delegates to Sanders, but not by enough to make a deep cut in Clinton’s lead:

Then, on a night that was supposed to put Sanders on the ropes, he responded with a historic upset on March 8 (though Hillary still increased her lead):

The Democratic party allows some veteran party officials to sit at the Democratic National Convention without being selected by their state party committee and regardless of who voters in that state’s primary or caucus voted for. These unpledged delegates, or “superdelegates,” are free to choose whomever they want for the party’s Presidential nominee. So far, Hillary has the endorsement of 449 of the Democratic Party’s 712 superdelegates, putting her more than 18 percent of the way to the 2,382 delegates needed to secure the nomination:

It’s important to note, however, that superdelegate endorsements are not secure until they become votes at the convention, before which the delegates are free to change their minds. Superdelegates from New Hampshire, where the total delegate count is tied despite Sanders’s runaway win, may do just that in the face of a massive public outcry, including from the state’s Republicans. Moreover, if Sanders can pull out more upsets like he did in Michigan, he may be able to sway more superdelegates.

Looking Ahead: Will the Polls Hold Out?

Sanders had a historic upset in Michigan, which adds a lot of hope to his campaign; unfortunately, he’ll need to do what no one else has ever done over and over again to win the nomination. Clinton has huge leads in neighboring states, including 37 points in Illinois and 20 in Ohio. She’s also leading California by 13.5 and Florida by 29.3. That’s just to stem the Clinton lead, not to actually shrink it; the Democrats have no winner-take-all states, so winning a state doesn’t necessarily mean threatening Clinton’s 220-pledged-delegate advantage.

There’s a ray of hope in the Sanders campaign, though: the South, which heavily favored Clinton, has already voted, and the remaining states are demographically more friendly.

Read More
2016 Presidential Election, Bernie Sanders, Hillary Clinton
Follow Heavy ↓
Discuss on Facebook
Despite an unprecedented upset victory for Sanders in Michigan, Hillary Clinton leads the Democratic pledged delegate count and in "superdelegates" by a wide margin. Here's a look at the state of the race.