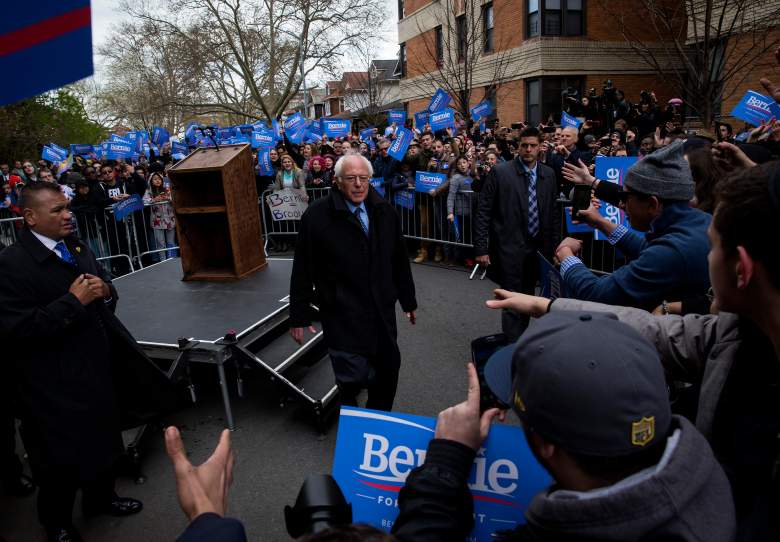 Sen. Bernie Sanders greets his supporters during a rally outside his childhood home in Flatbush on April 8, 2016 in the Brooklyn borough of New York City. So far, most of the people reporting voter registration problems in New York are Sanders supporters. (Getty)

New York has a closed primary, but many voters are pushing for the state to change the primaries to being open before the April 19 Republican and Democratic primary election. Is this even possible? Voters began pushing for the change after the voter registration problems that plagued Arizona started showing up in New York. The registration problems seem especially prevalent among Bernie Sanders supporters. The problems are now being reported in other closed states across the country. (Read more about the registration problems here.) Is there any chance that New York could change to an open primary to help voters who can no longer get a ballot?

1. The Deadline for New York Voters to Change Their Party Affiliation Was Back in October 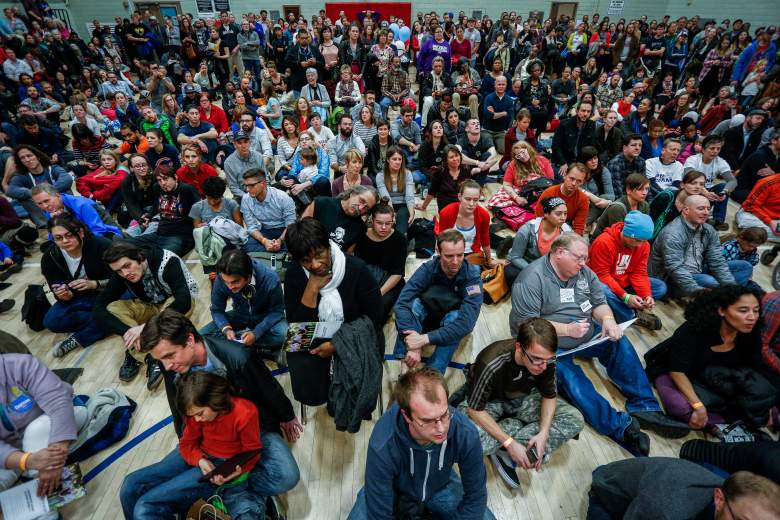 Hundreds wait to vote in a primary election. (Getty)

New York is a closed primary, which means you can only vote in the primary for the party you’re affiliated with. If you’re registered Democrat, you can only vote in the Democrat primary. Unfortunately, New York’s deadline for changing your party affiliation was back in October 2015. Even some people who did manage to change their affiliation in time found out that for some reason, the Board of Elections didn’t register their change. The primary election is on April 19, and it’s likely that many voters who arrive that day will be shocked to find out that they’re not really registered to vote.

The New York Voter Registration Board doesn't seem to have me registered. Even though I am. pic.twitter.com/4ImeZpZ4Iy

Numerous people are reporting that their voter registration in New York was purged or mysteriously changed to a different party. You can see the stories all over social media:

Apparently my voter registration (less than a year old) has been purged. Way to go #NewYork

At the beginning of April, one Reddit user, “Brightben,” shared that he had been checking his New York voter registration status weekly and one morning found that his registration was no longer listed online. A week earlier, he was listed as a registered Democrat. He eventually learned that because he shares a middle initial with another voter, he was registered under the wrong name and neither of them could vote until the error was fixed. Now he can only vote via an affidavit ballot. Another voter’s registration was lost, and it was because his birthdate was entered wrong. He had to call an agent with the BOE to get it fixed.

Shelly Berry shared on Facebook that she had proof her voter registration was fraudulently changed. Her registration was switched from Democrat to unaffiliated and she was told the change was made in 2012. She had the agent at the board of elections office print out the 2012 form and compare it to another form on file that she knew she had filled out. The handwriting was distinctly different.

You can check your registration status here.

If there’s a problem with your New York voter registration, you can report it to the New York ACLU or the New York Elections board.

3. Could New York Change Its Primary to Open?

It’s not clear if there’s even a possibility that New York could change to an open primary before April 19. New York state law has a provision that lets parties use a different method than closed for a primary if they want. But only the Independence Party has taken advantage of that and let unaffiliated voters take part in elections. According to Think Progress, bills to reform the election process are turned into to the state legislature every year, and they always fail.

Assemblyman Fred Thiele introduced legislation to the New York State Legislature on March 24 requesting that the primary be opened. You can read Thiele’s submitted legislation here. The bill would open the presidential primary and, if approved, would take effect immediately upon approval. Supporters of the legislation are asking voters to vote their support for the bill online here.

4. Voters Are Gearing Up for a Protest Against the Closed Primary on April 14

Open Primaries is hosting a protest of the closed New York primaries on April 14. (Facebook)

With all the news on voter registration problems in New York increasing, people are gearing up to protest the closed primary in New York. A protest is scheduled for Thursday, April 14, from Noon to 1 p.m. Eastern. The protest will take place at New York City Hall. According to an Eventbrite description of the protest: “We are demanding that the parties open up New York’s undemocratic Presidential Primary election, which prohibits 3.2 million people from casting a vote on Tuesday.”

A Facebook event for the protest is here. It’s also a press event. Some early sources incorrectly stated this was a hearing on the issue. This is a protest/event to bring attention to the problem.

According to the group running the protest, Open Primaries: “We are not likely to get anything done for this election, but if we make a firm stand, maybe we can make this the last election where 3.2 million voters are disenfranchised. Assemblyman Fred Thiele is attending, and he’s introduced legislation in the State Legislature to open the presidential primary.”

5. A Petition Is Asking Senator Charles Schumer to Change New York to an Open Primary

A petition is also circulating and has received at least 7,000 signatures so far, requesting that Senator Charles Schumer look into changing New York’s primary to an open one. You can sign the petition here.

Loading more stories
wpDiscuz
39
0
Would love your thoughts, please comment.x
()
x
| Reply
Concerns about election fraud and voter registration changes are spurring protests for New York to change its closed primary to open. Is this possible?