1. Bailey Is Accused of Using a Minor to ‘Engage in Sexually Explicit Conduct to Produce Child Pornography’

The U.S. Attorney’s press release says that Bailey is accused of producing child pornography with a minor, illegal possession of a machine gun and transporting explosives.

On May 5, ATF agents executed a warrant “at adjoining properties associated with Bailey, including his residence, and seized a machine gun,” according to the attorney’s office. The press release also says that child pornography was found on Bailey’s property.

He’s due in court on May 24. He could face up to 30 years in prison on the child pornography charges as well as 10 years for the weapons charges.

Fox DC reports that the Maryland Republican Party confirmed that Bailey is a delegate for Donald Trump. Online records show that Bailey was elected along with his father on May 9 to be a delegate for Trump. The other chosen delegate was named as Jim Crawford, a friend of the Bailey family.

Speaking to Fox D.C.’s Ronica Cleary, Joe Cluster, Executive Director of the Maryland Republican Party, said that Bailey would be “replaced immediately.” He added that his replacement would also be a Trump delegate. Bailey will be expected to resign because if he makes bail he will not be able to leave the state of Maryland, thus making it impossible for him to attend the Republican convention in Cleveland.

2. His Father Was the Former Vice Chairman of Maryland’s Republican Party

Bailey is the son of Collins Bailey, the former vice chairman of Maryland’s Republican Party. On his Facebook page, Collins Bailey is shown to be a Tea Party Republican. In an interview about his congressional desires in 2008, Collins Bailey said he was the father to “four wonderful children.” In a separate 2010 interview, where Collins Bailey was asked about immigration, a staple of the Trump campaign, he said:

It is almost fascinating to me that there is almost no discussion about the federal law. Why the hypocritical double standard from the Washington bureaucrats?

The Arizona law is a more moderate state codification of federal law. I think this is one of many examples of pure partisan politics, (which is rampant today).

The listing for the business gives its a website as “Truthispower.info.” The website appears to be down but a Facebook page, that promotes libertarian ideals remains. Interestingly, the page also includes at least one anti-Donald Trump post.

Bailey is the owner and operator of H 1-Intercept Inc. According to their website, a week-long tornado chasing trips costs just under $3,000.

Users on the stormchasing forum Stormtrack openly criticized Bailey’s operation, accusing them of stealing photos for their website and not having a license to operate. Those users also accused Bailey of lying about “professionally storm chasing since 2002.” Bailey later took to the forum himself to criticize the amount of venom being spread on the site.

A Facebook page for Bailey has all but been removed. The only thing that remains is a “like” for Republican Congressman Ron Paul. The renowned libertarian ran for the nomination of the Republican party in 2008 and 2012.

Among the other things that make up Bailey’s online presence is his limited motorcycle racing career and an attempt to buy a BB gun online.

Bailey was found guilty in 2014 of mistreating his dogs, according to a post on the Charles County government page. He was fined $260 for not controlling his dogs telling the animal control board that he’d fixed a broken fence. 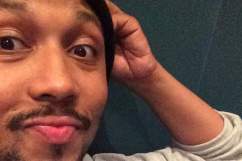