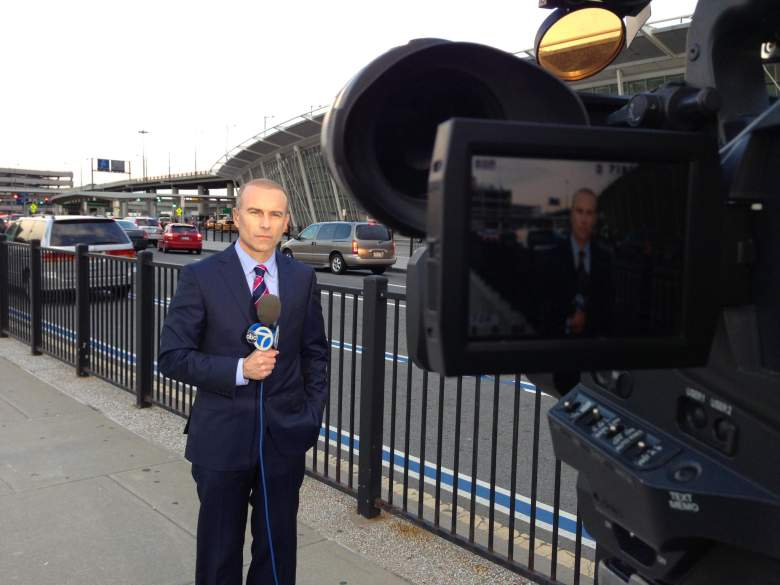 Morning Joe co-host Mika Brzezinski and her husband, WABC Eyewitness News investigative reporter Jim Hoffer, divorced and reached a settlement, Page Six reported back in June 2016. That revived a long-standing rumor that Brzezinski is having an affair with her Morning Joe co-host Joe Scarborough, who is also divorced. A source told Page Six that the hosts’ relationship is “the worst-kept secret in TV.”

Indeed, on May 4, 2017, Page Six reported that Scarborough and Brzezinski are engaged. MSNBC later confirmed the news to the Associated Press.

Here’s what you need to know about Brzezinski and Hoffer’s marriage and his career. You can follow Hoffer on Facebook.

According to their wedding announcement in the New York Times, the couple married in October 1993. At the time, Hoffer was working at WTNH-TV, the New Haven, Connecticut ABC affiliate. Brzezinski, the daughter of Zbigniew Brzezinski, President Jimmy Carter’s national security adviser, was working at WFSB-TV, the Hartford CBS affiliate.

The couple married on Block Island, Rhode Island at the West Side church. They have two daughters, Carlie and Emilie, who are both in their teens.

Hoffer has an impressive resume, with several Emmy awards. He also won the National Edward R. Murrow Award for his investigative reports on Con Ed, the utility giant in the New York area, according to his WABC bio. He also received the DuPont Award from Columbia University for a report on low security at naval bases. Hoffer is also a graduate of Temple University.

In March 2014, Hoffer investigated the gas leaks in New York and how Con Ed monitors them after an explosion in East Harlem. He found that Con Ed had a backlog of 811 leaks that had gone unrepaired, including 13 that could be considered hazardous.

In 2009, he reported on Con Ed’s evacuation policy for a gas leak outside buildings, for which it had no mandatory evacuation at the time.

When Brzezinski took The Huffington Post on a tour of their home, she said they spread out his Emmy awards in every room. “My husband, who doesn’t like to be the center of attention, was a little horrified at first,” she said.

3. Hoffer Had a Confrontation With Chris Christie Over the Hardest Hit Program

While New Jersey Governor Chris Christie might feel welcome on Morning Joe, Hoffer does not give Christie a pass. As NJ.com notes, Hoffer and Christe clashed during a September 2012 press conference when Hoffer asked about a program that would distribute foreclosure funds. Hoffer wanted to know why all of the $300 million in federal funds hadn’t been distributed. Christie said that the program was put on hold, but $40 million was distributed.

“I’m not sure that really rings true,” Hoffer told Christie. The two then argued before Christie told him, “Listen, do me a favor, don’t show up once in every blue moon and think you’re going to dominate my press conference.”

Hoffer also did reporting on the Bridgegate scandal for WABC.

4. One of Hoffer’s Recent Investigations Centered on a Sexual Assault of Rikers Island Inmate

In his most recent investigation for WABC, Hoffer told the story of Rikers Island inmate Justin Kuchma, who claimed that a correction officer sexually assaulted him while he was waiting to be sentenced.

Kuchma told Hoffer that he was assaulted after he asked a guard to stop using racial slurs at another inmate. Even after reporting the attack, Kuchma claimed that the officer was still on duty, despite a new zero-tolerance policy the Department of Correction put in place.

5. Scarborough Got Divorced in 2013 & Previously Denied Romantic Involvement With Brzezinski

In October 2013, TMZ reported that Scarborough got divorced from Susan Waren, who he married in 2001. The couple have two young children together. Scarborough also divorced his first wife, Melanie Hilton, in 1999.

Brzezinski and Scarborough have been followed by rumors of a romance between the two for years. At a 2009 TV Newser Summit, the two denied that there was “sexual tension” between them when asked if their spouses were jealous.

“Look at me. Who wouldn’t be jealous of me?” Scarborough reportedly said at the time. “Her husband actually thinks I’m sort of a joke, doesn’t he? A loudmouth?”

While the two didn’t directly reference the new Page Six report on Morning Joe this morning, there was an odd exchange on the show, seen in the above video clip. When Brzezinski asked if she could start going over the headlines, Scarborough told her, “There are a lot of lead stories today…” Then Brzezinski added, “I will finish your sentence and start with politics.”

In today’s Page Six’s report, a source told the paper:

Everybody at 30 Rock knows they are a couple . . . They are constantly together, they arrive and leave events together, even on weekends. They are each other’s publicists and finish each other’s sentences. It’s the worst-kept secret in TV.

“Mika’s divorce was finalized in the past year. She’s really grateful that it was done amicably and in private,” an MSNBC spokesperson told Page Six. “This has, of course, been a painful time for her family. So right now she is focused on her two teenage daughters, and on continuing to heal.”