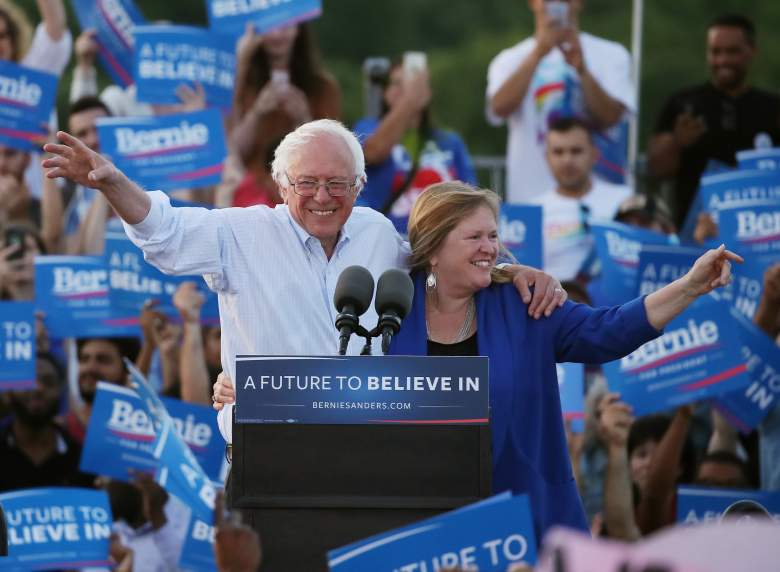 Bernie Sanders’ campaign is looking into holding a rally on July 24, the night before the DNC. (Getty)

Bernie Sanders’ campaign is in the process of planning a rally in Philadelphia for the night before the Democratic National Convention on July 24. They are waiting to make an official announcement until after the permits are in place. His supporters are excited about the announcement and waiting to find out exactly what it means for Bernie’s campaign. Despite news that the FBI won’t seek charges against Hillary Clinton, Sanders said the decision won’t affect his campaign and he’s still taking the campaign all the way to the Convention. This news about the rally seems to cement that announcement.

The Sanders’ campaign has requested permission to hold a rally in Philadelphia on July 24, Burlington Free Press reported. The rally would be held at Franklin Delano Roosevelt Park. According to the permit application, an estimated 15,000 to 40,000 people would be attending.

Michael Briggs, Sanders’ spokesman, told Philly.com in June that the rally would include a “victory statement” from Bernie. More recently, he told Burlington Free Press in an email: “The planning for the Philadelphia convention is still in the works. Happy to let you know when details are nailed down.”

Sanders’ supporter Bill Taylor had already obtained permits for the date and location, according to Philly.com, and was working with Sanders’ campaign to coordinate permits for a rally. Taylor said he wanted the rally to be open to everyone participating in March for Bernie, an event he is helping to coordinate.

We will update this post with more information about the rally when it is available.

This rally is in addition to other events being planned by Bernie’s supporters, including pro-Sanders protests, demonstrations, and marches for Bernie.

For example, #MarchforBernieUSA is planning to have every Sanders supporter march together starting at noon Eastern on Sunday, July 24, the day before the Democratic National Convention in Philadelphia. The March supports the #StillSanders movement, that continues to want Bernie Sanders to be President and the Democratic nominee.

The group is also encouraging supporters to create marches in their own cities at the same time. You can learn more about the march here.

Bernie Sanders’ Fourth of July: The Photos You Need to See

Read More
Bernie Sanders, Breaking News
Bernie Sanders campaign has applied for a permit to host a rally on July 24, the day before the Democratic National Convention. Learn more about the rally here.