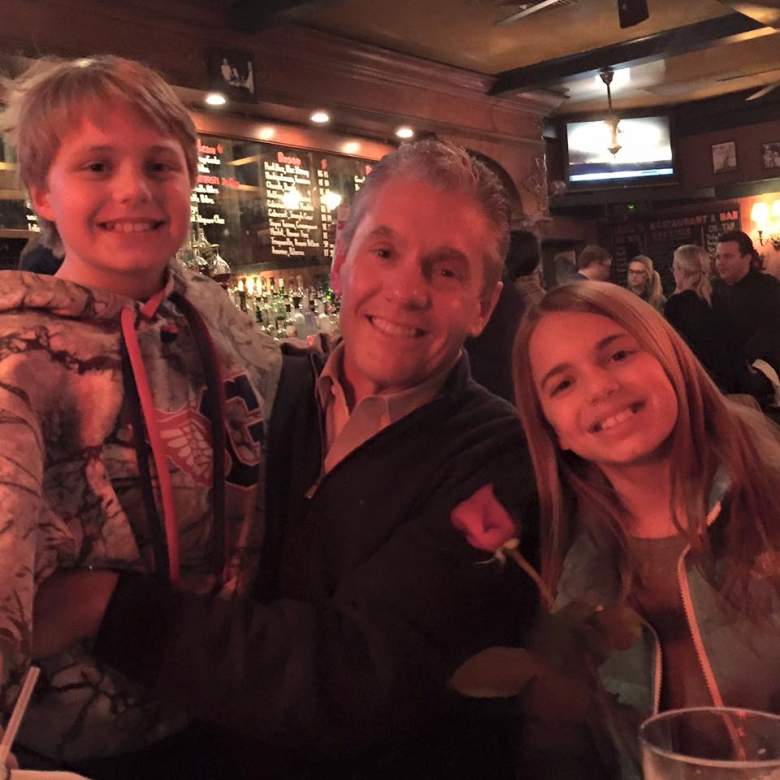 Gretchen Carlson is no longer with Fox News, and she alleges that she was fired by Roger Ailes after refusing his sexual advances.

The former anchor has now filed a sexual harassment lawsuit against Ailes, the CEO of Fox News. The complaint says that Carlson was fired on June 23rd and that when she met with Ailes, he said, “I think you and I should have had a sexual relationship a long time ago and then you’d be good and better and I’d be good and better.”

Carlson says that this was not the only incident and that she experienced “severe and pervasive sexual harassment” while employed at Fox News.

“Gretchen Carlson’s allegations are false. This is a retaliatory suit for the network’s decision not to renew her contract, which was due to the fact that her disappointingly low ratings were dragging down the afternoon lineup. When Fox News did not commence any negotiations to renew her contract, Ms. Carlson became aware that her career with the network was likely over and conveniently began to pursue a lawsuit. Ironically, FOX News provided her with more on-air opportunities over her 11 year tenure than any other employer in the industry, for which she thanked me in her recent book. This defamatory lawsuit is not only offensive, it is wholly without merit and will be defended vigorously.”

Gretchen Carlson is happily married to Casey Close, a sports agent, with whom she has two children. Here is everyting you need to know about the Fox anchor’s husband.

Thanks to my amazing dad and my husband on #FathersDay! #HappyFathersDay to all dads today! #lucky #thankful #love pic.twitter.com/a1xlzKb9BX

His most famous client is Derek Jeter, who he began representing in the early 1990s. In 2000, he negotiated a $189 million deal for Jeter, which at the time was the second largest contract in the history of baseball. Jeter himself says that Close does an excellent job, although he does not often brag about it.

“He’s done a great job,” Jeter said. “But the thing about Casey is that he’s not someone who goes around flaunting that he negotiated all of these contracts.”

Close says that when he got into the industry, it became clear that he needed to figure out for himself what would work rather than emulating a prexisting model.

“There’s been some great people out there in the business and there were guys to emulate, but I always wanted to do it my way,” he said. “If you’re going to have any amount of success, you ultimately need to choose your own path that fits in your personality and what you’re all about.”

2. He Was Once a Professional Baseball Player 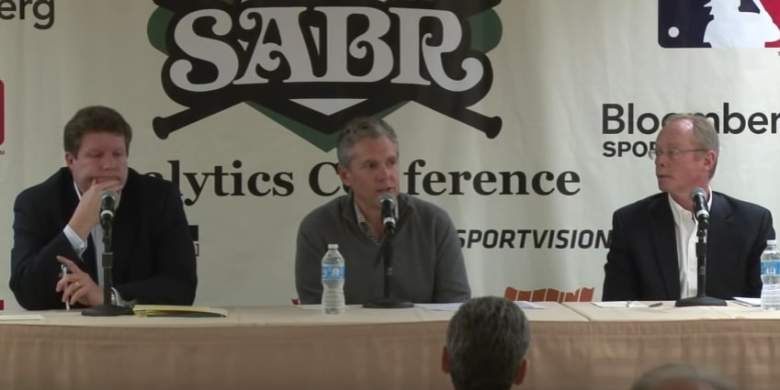 Close has been involved in baseball for a long time, but it wasn’t always as an agent. Rather, he began his career playing the sport himself.

After being drafted by the New York Yankees, Close played for the Oneonta Yankees, Albany-Colonie Yankees, Columbus Clippers and Calgary Cannons.

But after a while, Close realized he didn’t seem to be going anywhere with his baseball career and that he needed to move on, a decision which couldn’t have been easy to reach.

“When you put so much of your life into the practice and preparation of being the best thing you can be, you kind of expect to reach the pinnacle of that and you expect all of your hard work to come into fruition,” he said. “When it doesn’t, obviously, there is a level of disappointment.”

3. He’s One of the Richest Sports Agents Currently Working

My husband and kids without me in #California – Miss u! #beach #ocean #americanbeauty pic.twitter.com/YKLtUsWMDS

In a Forbes ranking of the highest-earning sports agents, Casey Close came in at #11, earning an estimated $31 million in 2015. And that’s just what he made for himself; he evidently negotiated about $800 million in contracts among his 16 clients during that time.

This wealth comes from the fact that he represents some of the richest baseball players alive; in 2014, he helped negotiate Clayton Kershaw’s incredible $215 million contract extension, according to The USA Today.

Still, Close’s clients say that he never comes across as someone who is trying to screw them over in order to take for himself as large a piece of the pie as possible.

“He may not get every last penny, but he’s not going to get in a situation where you get screwed, or get put in a bad situation or bad contract,” Dodgers starter Zack Greinke said.

In an interview, Close said that this is just the way he has always wanted to live his life.

“You’re always going to have people that fall on the good side of the fence and people that are going to fall in the not-so-good side,” he said.

According to Celebrity Net Worth, Close’s wife Gretchen Carlson made $800,000 per year at her Fox News job.

4. He Met Gretchen on a Blind Date

Gretchen Carlson says that she and her husband still have an extremely strong connection to this day, and it all started with a simple blind date.

“We immediately, in addition to having a lot of fun, sort of had this soul mate connection,” she said. “It was based on how we grew up and how we planned to live our lives as far as setting goals and achieving them. That was really our connection.”

She explained that she and Close both grew up understanding the important to being extremely disciplined and working towards a definitive goal. In Carlson’s case, she practiced music for 4 or 5 hours per day, while her husband also set aside hours of time every day practicing baseball when he was a kid.

Now, their children also spend much of their time practicing music and sports.

Carlson and Close were married in 1997.

5. He and Gretchen Carlson Have Two Kids 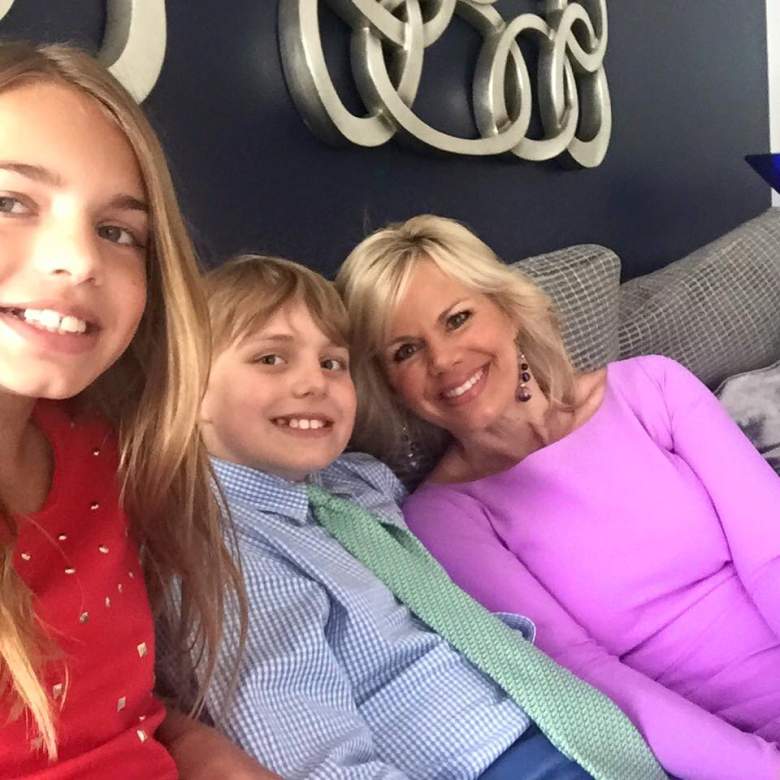 Close and his wife, Gretchen Carlson, live in Greenwich, Connecticut with their two kids: a 13-year-old girl named Kaia and an 11-year-old boy named Christian. Carlson said in a 2010 interview that she and her husband don’t want their kids to grow up spoiled just because their parents are both extremely wealthy.

She said that she teaches them “just really simple core values and we weave into that a base of religion, because I believe that it’s important for your kids to have something to stand on. They need to have an explanation of why we are here so they don’t grow up feeling entitled. So that is sort of our message and I think I ended up with my husband from the Midwest for a reason and that is just one of the things we share.”

Carlson also noted that one of the reasons she and her husband have such a strong connection is that they teach Sunday school together. However, she added that marriage still requires a lot of effort.

She said, “Is it easy? No, marriage is work and we are very open and honest about that. It comes down to respect for one another and the fact that we want to be the best people we can be.”