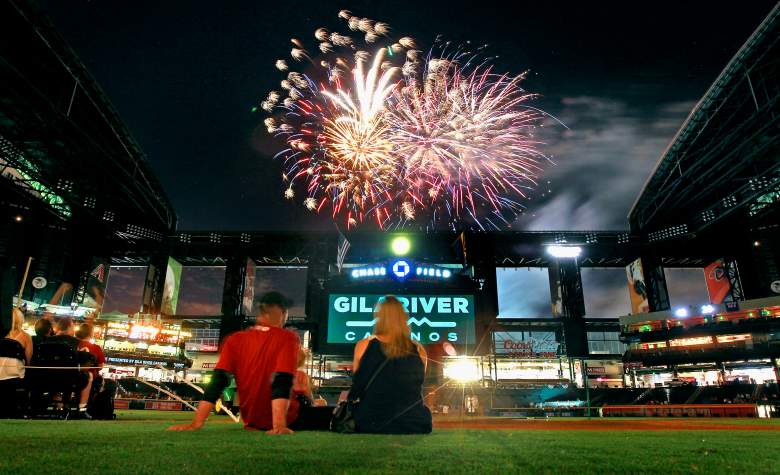 Each year, we celebrate Independence Day on the fourth of July. While most people mistakenly believe the day represents the start of the American Revolution, or when Thomas Jefferson wrote the first draft of the Declaration, it actually was when the Continental Congress approved the official wording of the statement. But was it always an important holiday? And why did we want to declare our independence from Great Britain in the first place?

1. The Declaration of Independence Freed the US From Great Britain and Its King

The Declaration of Independence declared that the thirteen American colonies would remove themselves from British rule. Richard Henry Lee first announced the country’s resolution to separate itself from England in June of 1776, and after Congress agreed to sever all political ties between the two countries, they drafted what today is known as the Declaration of Independence.

On July 2, 1776, the Continental Congress voted in favor of independence, and on July 4, the Declaration of Independence was adopted. Thomas Jefferson was chosen to draft the Declaration with four other members (Roger Sherman, Robert Livingston, Benjamin Franklin, and John Adams), and it was signed by 56 delegates in Philadelphia.

The statement argued that a group of people have the right to change governments “if that government becomes oppressive (unfair and controlling.)” Jefferson justified this by saying that a government would fail if its people didn’t consent to those that governed, and “…Since Parliament clearly lacked the consent of the American colonists to govern them, it was no longer legitimate.” 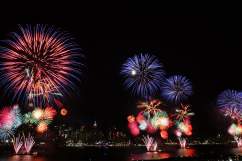 What Is Independence Day and Why Do We Celebrate the 4th of July?

2. The Declaration Came 442 Days After the Start of the American Revolution 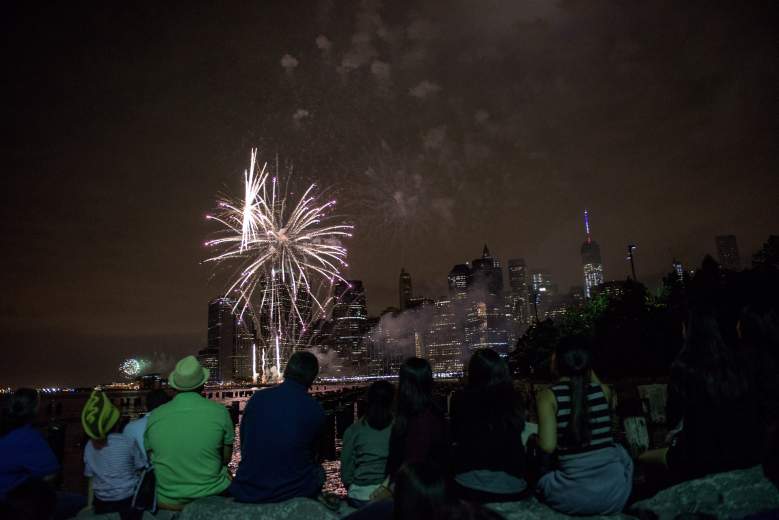 By the time the colonies officially declared their independence from Great Britain, the US had been at war with Britain for a little over a year. The war, which lasted until 1783, rejected British aristocracy, overthrew their authority, and founded what we know today as the United States of America.

Tensions between the two countries hatched in 1765, when the 13 colonies rejected the decision of Parliament to tax them without colonial representatives in government. In December 1773, American Colonists boarded trade ships in the Boston Harbor and threw the ship’s chests of tea overboard to protest taxation. After this event, known as the Boston Tea Party, Great Britain imposed the Coercive Acts, dubbed by the Patriots’ as the Intolerable Acts, which aimed to punish the colonists in Massachusetts by taking away their self-government and historic rights. The ordeal contributed heavily to the outbreak of the American Revolution one year later.

3. Celebrations of the Fourth of July Didn’t Become Popular for Many Years 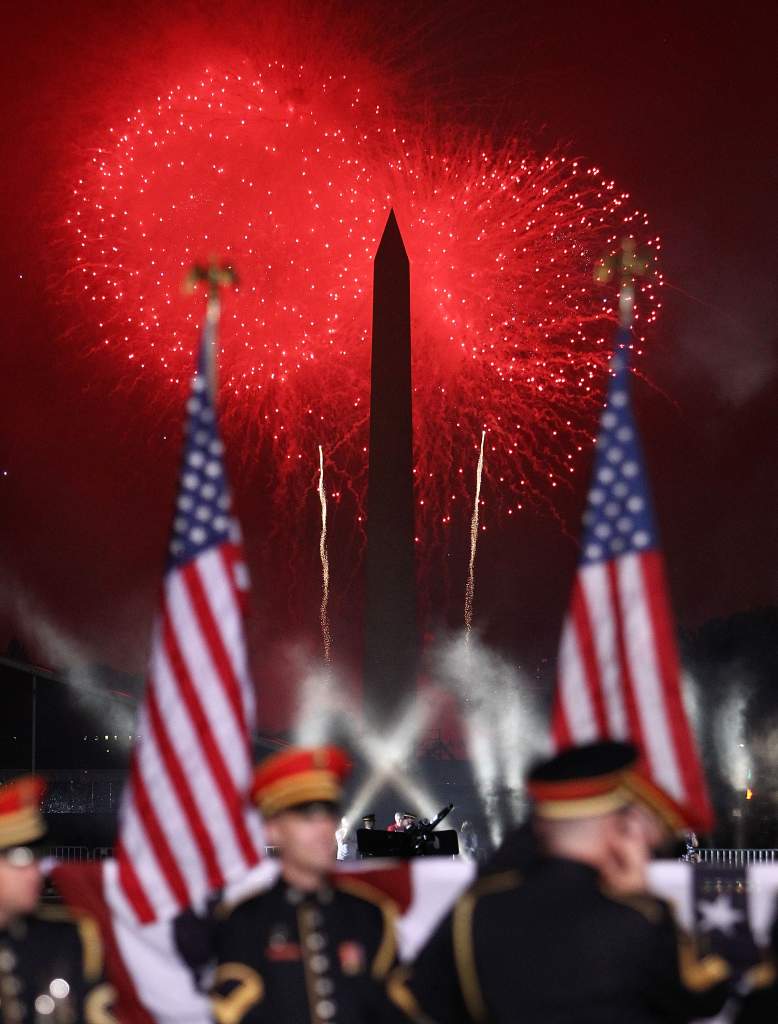 Though July 4th is a huge holiday these days, it wasn’t really celebrated for about 15-20 years after the declaration was signed. Constitution Facts writes, “It was too new, and too much else was happening in the young nation.” After all, the American Revolution was being fought until 1783. After the war ended, however, the Fourth of July became a holiday in many places– there were speeches, military events, parades, and fireworks, all in celebration of the United States being independent.

4. Federalists Thought the Declaration Had Too Much Anti-British Sentiment 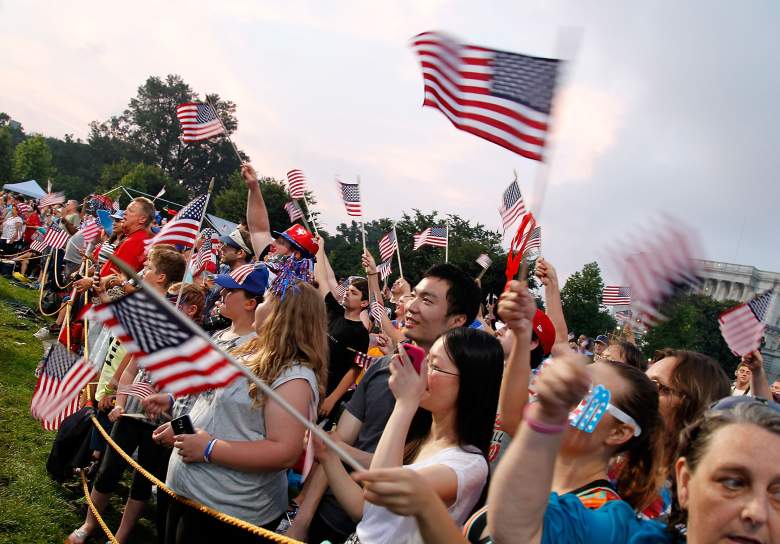 The Stamp Act, passed by Parliament in 1765, was a tool used by the British to gain more control over their colonies. The tax was implemented in 1765 in an attempt to cover the debt incurred from the French and Indian War, and created an additional tax on newspapers, custom documents, legal documents, college diplomas, and licenses. While English residents commended the Stamp Act, the American colonies resented it, and “the assumption that Parliament could tax them without their direct representation in Parliament”, writes History.org. In 1765, a man named Richard Henry Lee, who opposed and demonstrated against the Stamp Act, was hanged. In 1776, the Act was revoked, and set the stage for the colonist’s desire to fight for their independence.

By the early 1790s, the Declaration of Independence had become a source of conflict; while the Democratic-Republicans approved of and admired Jefferson and the Declaration’s intentions, the Federalists believed it had too much anti-British sentiment. History writes, “Even after the initial battles in the Revolutionary War broke out, few colonists desired complete independence from Great Britain, and those who did- like John Adams- were considered radical.”

5. The Date Of The Signing Is Still Disputed Today

For decades, the date that the Declaration was signed has been subject of debate amongst historians. The Journals of Congress (the official records of the Continental Congress) cite July 4 as the date the Declaration was signed. In 1796, however, American lawyer and politician Thomas McKean pointed out that several of the people who signed their name weren’t elected to Congress until after July 4, 1776. Jefferson and Adams disagreed with McKean, but when the Secret Journals of Congress was published in 1821, they contained entries that said not every had written their name on the declaration until August 2.

Historian Wilfred Ritz came forward in the 1980s and argued that while 34 delegates signed on July 4, 1776, the remaining men did so on and after August 2. Today, The general consensus amongst historians is that the Declaration of Independence’s signing happened about a month after its adoption, around August 2, 1776.

Read More
Holidays, Independence Day, July 4th
July 4, 1776, is the day that the US adopted the Declaration of Independence, and freed themselves from British rule. Learn more about the history behind Independence Day right here.