23-year-old Davie Dauzat was arrested and charged with the murder and beheading of his wife, Natasha. Police say Davie was covered in blood and barricaded himself inside the couple’s home with their two children when they arrived on August 24.

The man pleaded guilty to the crime on December 15 and will serve 52 years as punishment.

Heavy spoke with a close friend of Natasha who described Davie as a very controlling and jealous husband. His bond is set at $500,000.

1. Davie Pleaded Guilty to Murdering His Wife & Was Sentenced to 52 Years/h2>

Davie Dauzat was covered in blood when police arrived at the home he shared with his wife in Bellmead, Texas. A source close to the investigation confirmed with KWTX that the victim of the brutal slaying was Natasha Dauzat, 21.

According to a press release, upon arrival of the police Davie answered the door but proceeded to close it and wouldn’t respond to police commands. A hostage negotiator from Bellmead Police Department talked Davie into coming outside to surrender, and he was immediately taken into custody.

Upon entering the home police found the victim’s head in a freezer, according to KCEN.

On December 15, Dauzat pleaded guilty to the murder and was sentenced to serve 52 years in the Texas Department of Criminal Justice, according to MeLennan County County District Attorney Abel Reyna.

Police confirmed at a press conference that officers were called to the couple’s home by Davie’s brother just two hours before Natasha was slain. The brother, who said he hasn’t talked to Davie in months, said he “was concerned about Davie’s wellbeing and wanted officers to locate and speak with Davie,” police said.

A police officer and supervisor were subsequently called to the home for the first time that day, on August 24. At that time, “There was no indication from Natasha or Davie that either of them was in distress or in need of police intervention at that time. They both appeared calm and expressed their curiosity why the police were there,” the press release said.

Davie Dauzat’s brother called police again just a couple of hours later and said Davie had contacted him and told him that “he killed his wife,” police said. That call led police to the home again, where they found that Natasha was murdered.

The mobile park that the couple lived in was partially closed off during the police investigation. Bellmead Police posted to their Facebook page:

The Bellmead Police Department is still currently work a crime scene in the 4300 Block of Concord Road. We have opened the main roadway and several of the homes. Three of the trailers on the property still cannot be accessed by the families. With help from an outside agency the displaced families have a location they can go to if need be until we can open up those homes. If you live in a residence in the park we are working diligently with multiple agencies. We can escort to and from your residence. I will provide a further update when available.
The Bellmead Police Department would like to thank all of the many agencies that responded to assist our agency and community.

3. Friends Were Worried for Natasha’s Safety Before the Murder

Heavy spoke with a close friend of Natasha’s, Ruthie Bucher. Bucher said Natasha was like a “second daughter” to her, and the slain woman grew up playing with Bucher’s daughter who’s the same age.

He used to physically and mentally abuse her. She would come to our home to get away. She would have bruises, the last time I saw her she has a black eye. While at my house he would yell at her over the phone and if she heard my son or husband’s , he would accuse her of having an affair. He would want to know who was at my house and say.mean things to her. If she didn’t answer he would not stop calling leaving mean messages talk her.

Bucher told Heavy that even if Natasha tried to leave, it would’ve been very difficult if not impossible. “I feel like he would of hunted her down if she would of left,” she said. “I mean for goodness sake she wasn’t allowed to even leave the house without him bugging her, even when he was at work.”

Davie worked at a local manufacturing plant but was laid-off, while Natasha was a stay-at-home mom, according to Bucher.

4. Natasha Thought Davie Was the ‘Man of Her Dreams’

Bucher said Natasha saw Davie as the “man of her dreams.” Much of what is public on the couple’s Facebook page seems to confirm this, with loving messages sent between the couple.

Two days before she said they had “the most perfect family,”

Bucher said Davie’s family would’ve never guessed he was capable of such a crime. “His family thinks that he was perfect and could never do such a horrible thing,” she said. “That’s not the Davie that they knew. Little did they know.” 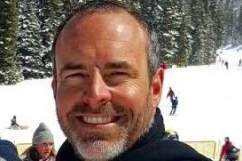 5. The Couple Had 2 Children Together

The couple had two children together. Their son, DJ, is just one-year-old, while their Daughter Alyssa just celebrated her third birthday.

The children were not injured and were placed with a crime victim liaison, authorities said.

“Those precious babies were her life,” Bucher told Heavy. “She changed so much once she became a mommy.” 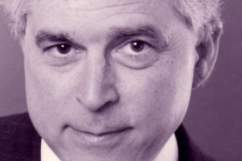 Loading more stories
wpDiscuz
20
0
Would love your thoughts, please comment.x
()
x
| Reply
Davie Dauzat is being charged with the murder and beheading of his wife Natasha in their Texas home. A close friend of Natasha spoke with Heavy about their relationship. Read more on the story here.