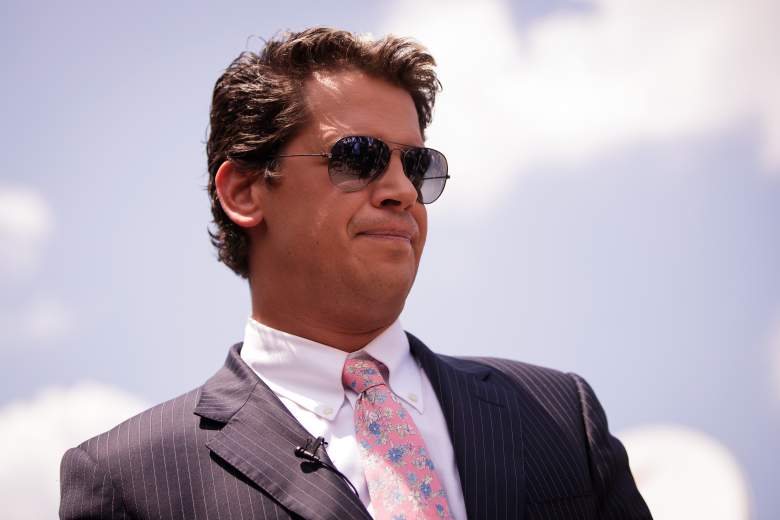 Milo Yiannopoulos is a conservative British journalist who was kicked off Twitter after his followers bullied Leslie Jones. (Getty)

Milo Yiannopoulos is a British conservative journalist and former technology editor for Breitbart who was kicked off Twitter permanently in July after Ghostbusters star Leslie Jones was bullied by his followers. Yiannopoulos continues to be a controversial figure. He was supposed to speak at CPAC 2017, but this appearance was cancelled after video surfaced of Yiannopoulos talking about pedophilia and “cross generational” relationships between men and young boys. On February 21, he resigned from Brietbart.

Yiannopoulos insisted on Facebook that he does not condone pedophilia and notes that he was molested as a young boy himself. “Anyone who suggests I turn a blind eye to illegal activity or to the abuse of minors is unequivocally wrong. I am implacably opposed to the normalization of pedophilia and I will continue to report and speak accordingly,” he wrote.

Although Yiannopoulos insisted that he didn’t advocate for pedophilia, he has decided to resign from Brietbart. He wrote that he was not forced out, but made the decision himself.

“I would be wrong to allow my poor choice of words to detract from my colleagues’ important reporting, so today I am resigning from Breitbart, effective immediately. This decision is mine alone,” Yiannopoulos wrote. “They have allowed me to carry conservative and libertarian ideas to communities that would otherwise never have heard them. They have been a significant factor in my success. I’m grateful for that freedom and for the friendships I forged there.”

On February 1, he was supposed to speak at UC Berklely, but the event was cancelled after violence erupted on campus.

The university told CNN that there was a peaceful protest interrupted by “150 masked agitators,” who came to disturb the peace. Two hours before Yiannopoulos was supposed to speak, the university cancelled the event and helped get him off campus.

I have been evacuated from the UC Berkeley campus after violent left-wing protestors tore down barricades, lit fires, threw rocks and Roman candles at the windows and breached the ground floor of the building. My team and I are safe. But the event has been cancelled. I’ll let you know more when the facts become clear. One thing we do know for sure: the Left is absolutely terrified of free speech and will do literally anything to shut it down.

In July 2016, actress Leslie Jones’ website was hacked with nude photos of the comedian posted on the Internet. Yainnopolous is also a leading figure in the alt-right movement and a Donald Trump supporter.

The hack mentioned Yiannopoulos being kicked off Twitter. Yiannopoulos told the Hollywood Reporter that he had nothing to do with the hack and said he was “distressed” to hear about it. However, on Instagram, he posted a photo with the text, “Karma’s a bitch.”

Here’s a look at Yiannopoulos’ career and his frequent issues with Twitter.

1. Yiannopoulos’ Battles With Twitter Began in December 2015 When He Was Suspended & Had His Verification Stripped 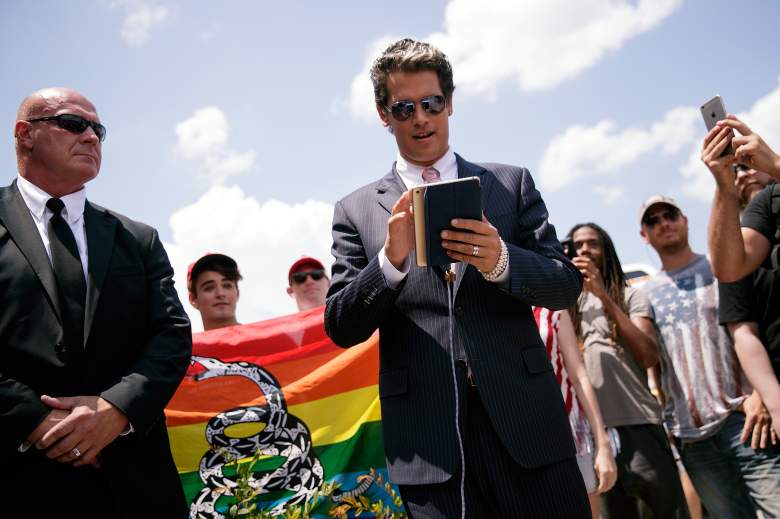 Yiannopoulos’ clashes with Twitter began in December 2015, when he was first suspended from the social network and lost the blue checkmark verification badge next to his name. According to Buzzfeed News, this came after Yiannopoulos changed his Twitter bio to read “Buzzfeed social justice editor” in response to a BuzzFeed piece about his role in “Chanterculture.”

In January 2016, he lost the verification badge, which was a concern for him because he wanted to stop impersonators. “I can’t think of anyone on the internet more impersonated (whether out of affection or otherwise) than me,” Yiannopoulos told BuzzFeed.

When Twitter executive Nathan Hubbard was asked about Yiannopoulos in January, he shared a post in which Yiannopolos told someone “You deserve to be harassed you social justice loser.”

@Jason not speaking for the company as I have no idea, but saw this today: https://t.co/WTMotlv6Bo 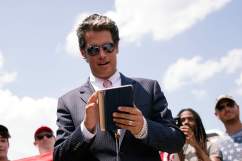 2. Yiannopoulos Was Suspended by Twitter After the Orlando Nightclub Shooting After Criticizing Islam

After the shooting at an Orlando gay nightclub in June, Yiannopoulos, who is gay, was suspended by Twitter for his criticism of Islam. Yiannopoulos was also critical of Islam during an appearance on The Todd Shapiro Show and wrote a Brietbart piece arguing that “the Left chose Islam over gays.”

However, Yiannopoulos was reinstated on Twitter. He wrote that the Drudge Report was responsible for that since the site posted a photo of him right on its front page. “Gay wars: Twitter vanishes Milo,” the Drudge Report headline read.

3. The Bullying of Jones Was The Last Straw for Twitter & He Later Thanked Twitter For Making Him More Famous 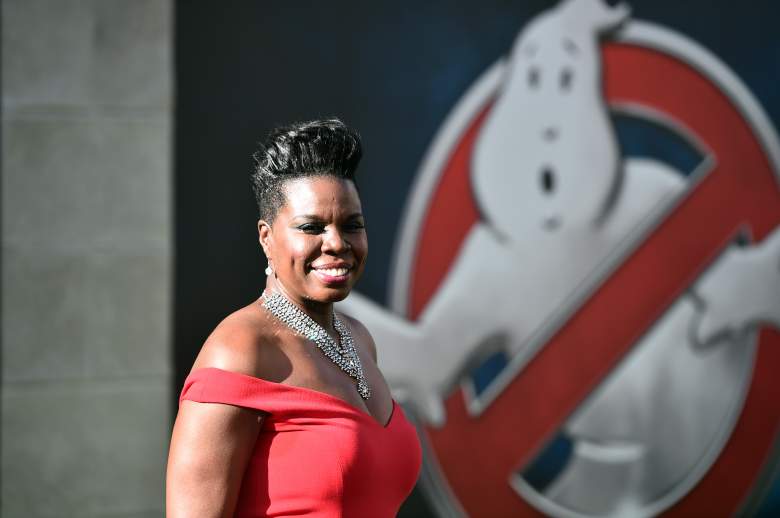 In July, Twitter banned Yiannopoulos permanently after Jones called him out for constant harassment. Jones frequently faced offensive images and language from Twitter, where she saw images comparing her to animals just as Ghostbusters hit theaters. Jones even quit the social network before ultimately returning.

@Nero I'm hearing this guy is a columnist how sad. Is this how he gets his readers thru supporting hate? I'm acting like a victim? Nice job

Yiannopoulos can’t come back though. Twitter said in a statement to Recode:

People should be able to express diverse opinions and beliefs on Twitter. But no one deserves to be subjected to targeted abuse online, and our rules prohibit inciting or engaging in the targeted abuse or harassment of others. Over the past 48 hours in particular, we’ve seen an uptick in the number of accounts violating these policies and have taken enforcement actions against these accounts, ranging from warnings that also require the deletion of Tweets violating our policies to permanent suspension.

Yiannopoulos later told CNBC that he’s “not responsible” for what his fans write. In an interview with The Blaze, Yiannopoulos thanked Twitter for banning him since it “made me a lot more famous.”

I’m distressed to hear that Leslie Jones has been hacked and naked pictures of her have been posted online. I know we had our differences after my review of Ghostbusters but I wish her all the best at what must be a deeply upsetting time.

And yet, just after that, he wrote “Karma’s a bitch” on Instagram. 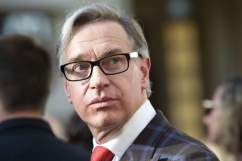 Paul Feig’s Net Worth: 5 Fast Facts You Need to Know

4. He First Gained Attention on the Web as Co-Founder of The Kernel

After Yiannopoulos wrote the Telegraph Tech Start-Up 100 in 2011, he co-founded The Kernel, an online magazine about technology, in 2011.

The magazine was later sued by contributors for allegedly not paying. The Guardian reported in 2013 that Yiannopoulos had threatened to release embarrassing details about one of the contributors. Eventually, contributors were paid when the site relaunched under a German firm.

The Kernel still exists, and was acquired by The Daily Dot in 2014. Yiannopolous left in January 2015. 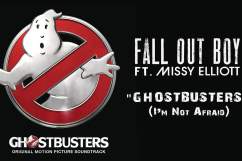 The Jones hack wasn’t the only controversy Yiannopoulos was at the center of in August 2016. A week before the incident, The Daily Beast reported that he raised $100,000 to $250,000 for the “Yiannopoulos Privilege Grant,” which would be awarded to “white men” looking to continue their education beyond an undergraduate degree.

However, the Daily Beast found that Yiannopolous never filed paperwork to become a charity and he admitted that he hadn’t donated any of the money yet.

“The initial flurry of interest in the Privilege Grant, and my skyrocketing media profile, left us behind on logistics,” he told the Daily Beast. “This was compounded by our previous administrator leaving the team. I am pleased to have Colin [Madine] leading the Privilege Grant team so we can begin to help students achieve their college dreams in short order.”

Yiannopolous also told the New York Times in May that he is sexually attracted to Donald Trump. “I call myself a Trump-sexual. I have a very antiwhite bedroom policy, but Trump is kind of like the exception to that rule,” he said.

Yiannopolous continues to be a controversial figure. On September 28, The Tab reported that student protests forced Villanova University to cancel his scheduled November appearance there, after he was invited by the Villanova College Republicans as part of his “Dangerous Faggot” tour.

The Daily Caller reported on September 29 that he had to cancel a Florida Atlantic University event becuase the FBI found that there were credible theaters against his life.

Loading more stories
wpDiscuz
19
0
Would love your thoughts, please comment.x
()
x
| Reply
Milo Yiannopoulos is the British journalist and former Breitbart tech editor whose CPAC invitation was rescinded after he was heard talking about pedophilia.