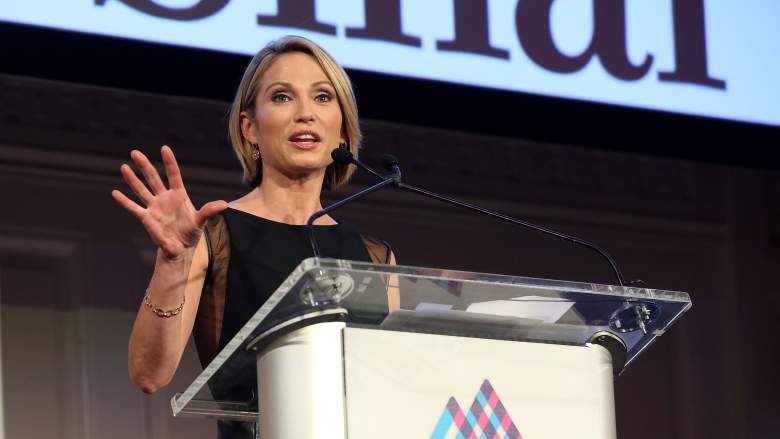 During an on-air segment, Robach was discussing rumors of Zendaya upcoming role as Mary Jane Watson in Spider-Man: Homecoming, saying “We all know Hollywood has received recent and quite a bit of criticism for casting white actors in what one might assume should be a role reserved for colored people.”

Her use of the outdated racial term “colored people” sparked immediate backlash and criticism on social media.

According to the Associated Press, Robach issued an apology which said she meant to use the more accepted term “people of color.”

She called the incident “a mistake,” and it was “not at all a reflection of how I feel or speak in my everyday life.”

Here’s part of the segment that aired on Good Morning America:

Below is a look at the reaction on social media:

@arobach you are an oak as well as human. You cannot be perfect with every word you say. Keep on keeping on!
-a person of color

Ok @GMA please talk to #amyrobach. If she says #coloredpeople again I'll have to find a new a.m. program to watch-she gets a pass this time

First time in a while I turn on #gma and I hear @arobach say "colored people" in a story. So apparently I woke up in the 1950s ? #really