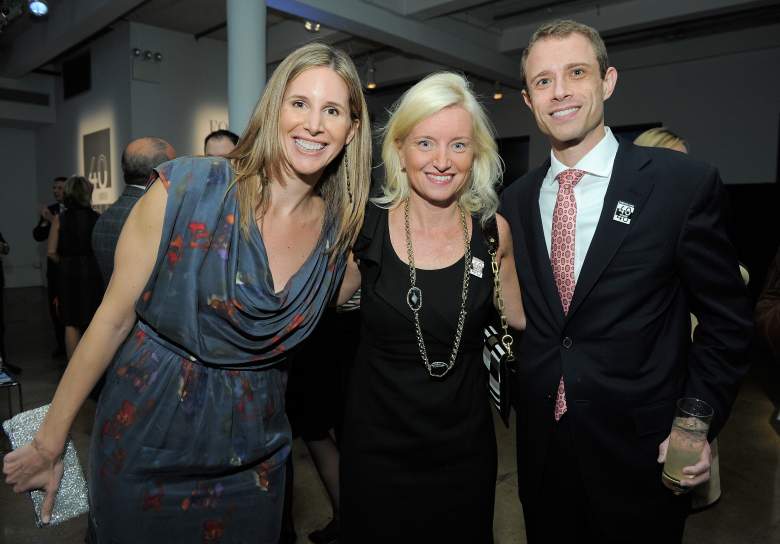 Assistant Managing Editor of Fortune Leigh Gallagher, Carolyn Everson and Eric Braverman attend the Fortune 40 under 40 event in 2010. Now Braverman is the source of rumors about the Clinton Foundation and Russian asylum. (Getty)

Social media has been on fire with rumors that Eric Braverman, former Clinton Foundation CEO, sought asylum with Russia. However, the current rumors all stem from one source that doesn’t have a reliable background. Neither Braverman nor his family have yet made a statement about the rumors.

A rumor recently started that Eric Braverman was seeking asylum with Russia. The source of the rumor, which has been copied and pasted by numerous sources, is a site called WhatDoesItMean.com, written by “Sorcha Faal and as reported to her Western Subscribers.” And the rumor has caught like wildfire on social media. According to this report, the Kremlin was presented with an urgent political asylum request from Braverman, who could “expose the real Hillary Clinton scandal.” However, “Sorcha Faal” has a history of posting articles that make outrageous or sensationalistic claims with little to back them up. Even back in 2007, the conspiracy-focused forum Above Top Secret approached Sorcha Faal stories with skepticism. One poster listed articles written by Faal, which included stories about the U.S. president ordering all civilian protesters to be thrown in jail, Putin ordering attacks on U.S. forces in Iran, and a U.S. “shoot on site” order for escaping Americans. Sorcha Faal is a pseudonym and some have suggested her real identity is David Booth. In 2004, WhatDoesItMean.com stated that it was owned by Booth, an “internationally known psychic.”

In addition, many posts are saying that Braverman’s “asylum” is related to Gavin MacFadyen’s death or murder. However, MacFadyen was not murdered. He died of lung cancer.

Braverman hasn’t surfaced on social media since the rumors began and neither he nor his family have made a public statement yet about the rumors. We will update this story as soon as a statement is made.

However, Braverman does have an interesting history of his own. He was once considered the possible source of an anonymous statement made to Ron Fournier “to follow the money” and find the real Hillary Clinton scandal, according to an email exchange leaked by WikiLeaks.

In the email exchange (pictured above), John Podesta suggested that Braverman might be that anonymous source. However, Neera Tanden questioned if that was really the case since the source was described as a “long serving aide” and Braverman was only with the Clinton Foundation for about 18 months. Podesta then suggested “Doug or Ira” as the source of the leaks.

Braverman was brought on as CEO of the Clinton Foundation, but he only lasted about 18 months. Politico wrote an in-depth story about his tenure with a story headlined: “Eric Braverman Tried to Change the Clinton Foundation. Then He Quit.” Politico reported that his exit was partially due to a power struggle inside the foundation. At the time that he joined, there were many concerns about the Foundation’s fundraising efforts and the acceptance of contributions from foreign governments while Clinton was Secretary of State, Politico reported.

Some have suggested Braverman was the source of the Podesta leaks. However, Braverman resigned from the Foundation in January 2015. Many of the leaked emails are from long after that date.

We’ll update this story as we have more information.

Loading more stories
wpDiscuz
12
0
Would love your thoughts, please comment.x
()
x
| Reply
Rumors are spreading like wildfire that Eric Braverman, former Clinton Foundation CEO, sought asylum with Russia. But is there any basis to this or is it a hoax?