Republican presidential candidate Donald Trump plans to bring up Bill Clinton’s sexual history during the second presidential debate, as he declared in a video statement on Friday.

One of the women Trump could potentially mention is Dolly Kyle, who alleges that she had an affair with Bill Clinton for nearly 20 years. She has not accused the former president of rape, as women like Juanita Broaddrick have, but she has certainly been critical of him and Hillary Clinton.

Dolly Kyle’s allegations against Bill Clinton first came to light during the Paula Jones sexual harassment case. In 1994, Jones filed a lawsuit against the president, alleging that Clinton had exposed himself to her in Little Rock, Arkansas in 1991.

Here’s what you need to know about Dolly Kyle and her accusations against Clinton. 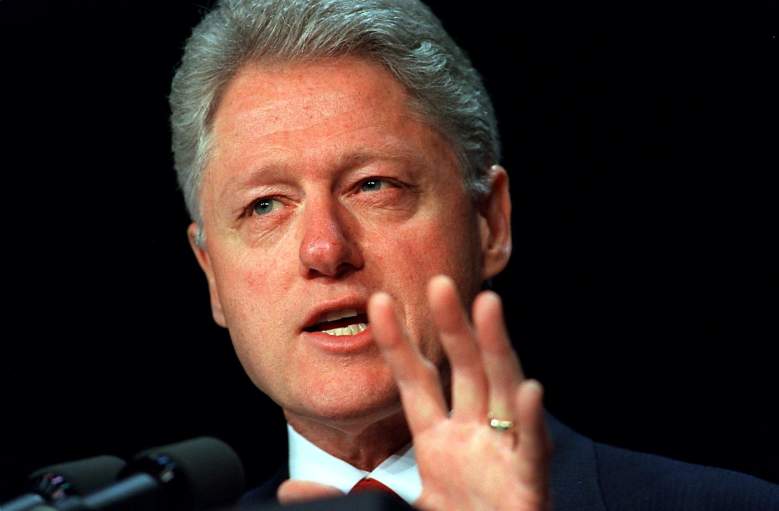 Kyle alleges that she and Clinton had an affair for nearly 20 years, from 1974 until 1992. She was a childhood friend of Clinton’s, meeting him in school when she was 11 years old.

In her book Hillary the Other Woman, Kyle says that she dated Bill Clinton all throughout high school, having sex with him for the first time after graduation and continuing to sleep with him on and off throughout his time in law school, while he was governor of Arkansas, and while he was running for president, according to The Daily Mail.

During her deposition in the Paula Jones case, Kyle said that Clinton suddenly stopped returning her calls in January 1992 in the midst of the Gennifer Flowers scandal. She says that Clinton was worried about her recording their conversations like Flowers had done, adding that the president threatened he would destroy her if she went to the media. 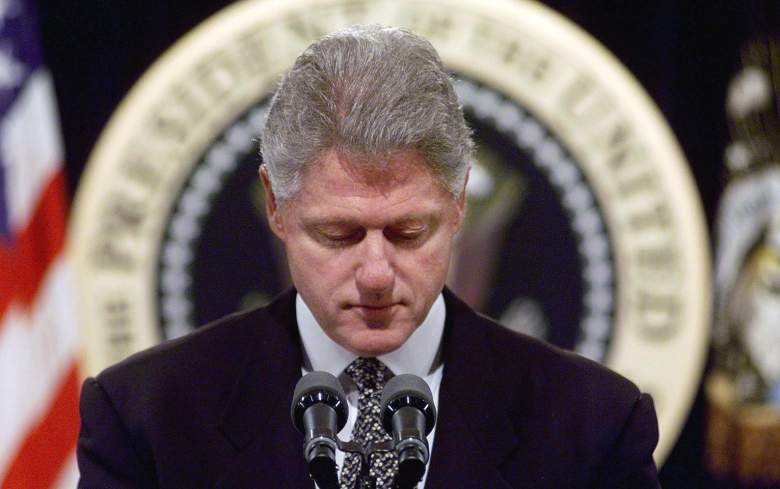 Kyle’s personal encounters with Bill Clinton don’t suggest any illegal activity on his part, but she claims that the former president at one point had slept with over 2,000 people and admitted to being a sex addict.

“His sexual addiction explains everything,” Kyle said in an interview with Brietbart.  “You would think that a guy who is a governor and who is nice looking and articulate and all that and then president would not have to sexually assault someone, but that goes back to the addiction. It’s not just plain sex. It’s not just a physical attraction. It is some sick, sick need that he has to control women.”

Dolly Kyle meets with Vice Presidential Candidate Mike Pence and his his wife, Karen Pence, after a speech in September 2016. (Twitter/Dolly Kyle)

Although Clinton allegedly stopped responding to Kyle’s calls in 1992, that wasn’t the last time they spoke. In her deposition during the Paula Jones case, Kyle says that she later encountered the president at a high school reunion in 1994, where he was surrounded by secret service but took time to have a 45 minute long conversation with Kyle.

“Our conversation began with my confronting him for not returning my call in early 1992,” she said. “This lead to a discussion of many things, including his affair with Gennifer Flowers. I reminded him that he had threatened to destroy me and he said he was sorry.”

Kyle also alleges that Clinton wanted to bring Kyle to Capitol Hill, helping her find a job in Washington, D.C.

4. She Says That Bill & Hillary Clinton’s Marriage Was One of Convenience 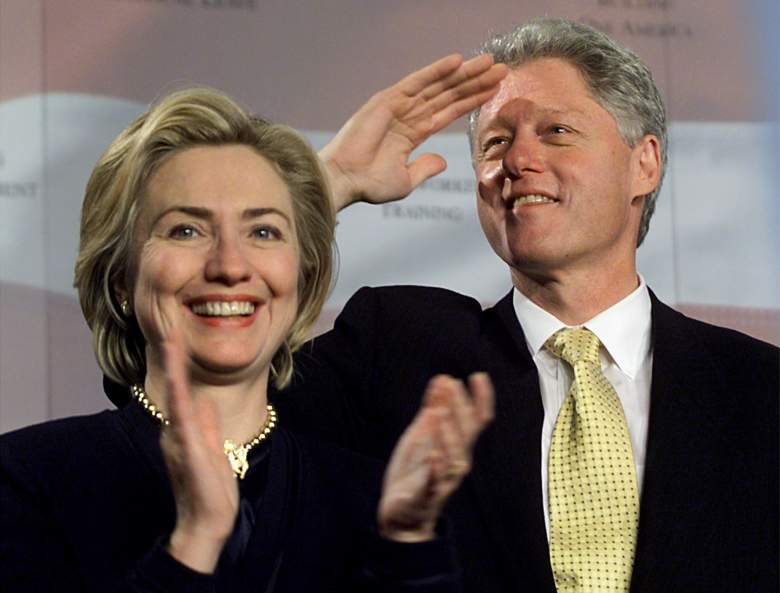 Another aspect of Kyle’s accusations is that Hillary Clinton was fully aware of her husband’s sexual behavior throughout their time together, a claim that would be relevant to Donald Trump as he prepares to go after the Democratic candidate for president. Kyle alleges that from the beginning, Hillary got with Bill by pitching herself as a financial provider, not as a romantic partner.

“Hillary was upholding her part of the deal to get Billy elected president, after which it would be her turn to be the first woman in the Oval Office,” Kyle claims in her book.

She doubled down on this in an interview with Brietbart, calling Hillary a co-conspirator to Bill’s actions, which, when it comes to other women, allegedly includes sexual assault.

“Certainly she’s an enabler, but worse than that,” she told Brietbart. “She’s a co-conspirator…Hillary had to know what was going on and she latched on to his coattails to get herself to the White House, which is the plan that they are following.” 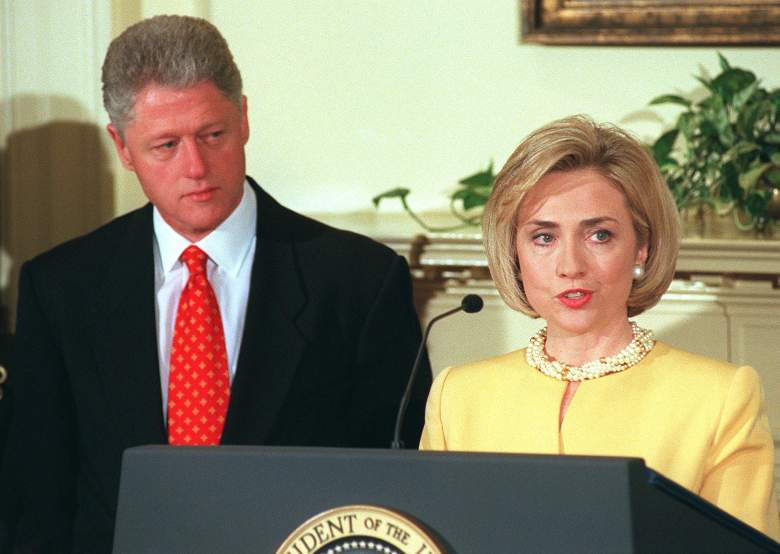 When Donald Trump brings up Bill Clinton’s past, he’s likely going to say that Hillary Clinton is not a true feminist because she worked to silence her husband’s accusers. Kyle’s accusations coincide with that theory, and she says that many of Bill’s mistresses and victims are terrified of coming forward.

Kyle went as far as to call Hillary Clinton a “terrorist” because of this.

“The fact of the matter is Hillary is a terrorist,” she told Brietbart. “I invite you to look up the definition of terrorism. It is the use of violence, threats, or intimidation to achieve a political aim…That’s what terrorism is. It changes people’s lives by changing their decisions about what they would otherwise do. And these women who might otherwise speak up are so afraid that they won’t say anything.”

While this might be a little extreme, it has been widely reported that those within Bill Clinton’s inner circle, including Hillary, would in the 1990s aggressively dig into the background of the president’s accusers in an attempt to discredit them. This reportedly included hiring a private investigator to dig up dirt on Gennifer Flowers and impugn her character.

Loading more stories
wpDiscuz
4
0
Would love your thoughts, please comment.x
()
x
| Reply
Dolly Kyle is one of many women who says she had an affair with Bill Clinton while he was married to Hillary. Here's what you need to know about her.