Hillary Clinton campaign Chairman John Podesta is in the spotlight after Wikileaks released 2060 of his emails and promised to publish more.

The emails dating back to 2007 include parts of Clinton’s talks to Wall Street firms. Campaign staff had flagged excerpts that they deemed problematic if made public. The Podesta Emails support accusations that the former Secretary of State had a cozy relationship with bankers.

Podesta has experience managing crises from Bill Clinton’s TravelGate nightmare to Whitewater to the Monica Lewinsky affair. Wikileaks, however, may be holding on to a bag of scandals though, saying Friday’s leak was the first batch of 50,000 emails. Here’s five fast facts on the man at the center of The Podesta Emails.

1. Podesta Slams Email Leak as a Russian Attempt to “Throw the Election to Donald Trump” 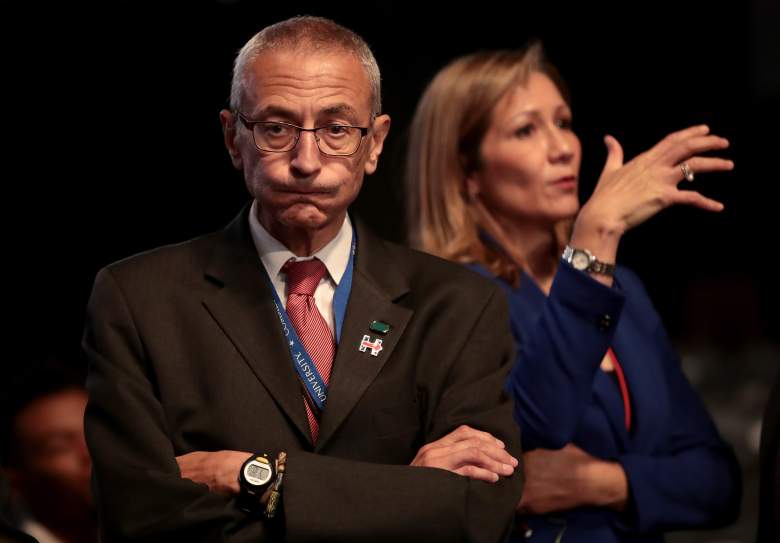 Podesta had some choice words for the hackers who published his emails on the Russian-affiliated site Wikileaks. The leak came on the same day the US officially blamed Russia for recent cyberattacks on election systems and officials. Looking on the bright side though, Podesta said on Twitter that he’s officially on the who’s who list of email leak targets. Though the Clinton campaign has not publicly disputed the email content, Podesta cast doubt on their authenticity.

2. …I'm not happy about being hacked by the Russians in their quest to throw the election to Donald Trump.

Wikileaks editor-in-chief Julian Assange also implicated Podesta in the sale of a stake in a nuclear energy company to Russia. An April 2015 New York Times article suggested that then-Secretary of State Clinton exerted influence in signing off on a deal that would give Russia one-fifth of the US’s uranium production capacity. Uranium One’s chairman had donated $2.35 million to the Clinton Foundation.

4. …But, for starters, Assange's first claim that I co-own the Podesta Group is completely false.

Wikileaks revealed an email where Clinton’s spokesperson said the person responsible for the deal was Jose Fernandez, Assistant Secretary of State for Economic, Energy and Business Affairs. Fernandez confirmed this, but one of Podesta’s emails reveal communication between them that calls into question Fernandez’s neutrality. In response, Podesta has denied he co-owns the Podesta Group.

2. Podesta Grew Up in Chicago, the Son of an Italian-American Dad and Greek-American Mom 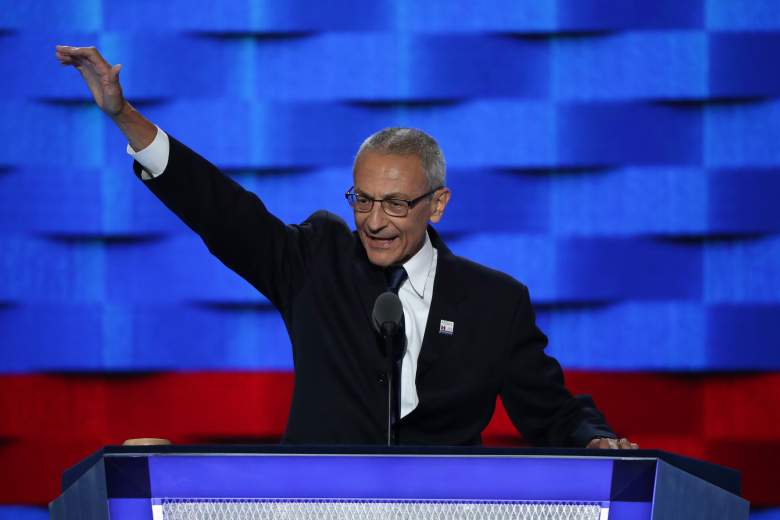 Podesta Grew Up in Chicago (Getty)

Growing up in the Northwest side of Chicago, John Podesta and his older brother, Tony, went to Lane Tech High School. His mother was a Greek-American who worked on Election Day. Their Italian-American father wasn’t interested in politics and failed to graduate from the Lane Tech, the same school his sons enrolled in; he worked at a factory that made display advertising signs.

3. Podesta Knows All About the Scandals of the Clinton Administrations

As staff secretary for Bill Clinton’s first administration in 1933, Podesta was given the unsavory task of containing scandals so the administration could focus on making policies. He found himself outside the scope of a staff secretary’s job duties of managing paper flow to the president. Podesta’s involvement in handling crises grew so much that he called himself the, “Secretary of [expletive]” reports the Washington Post.

Podesta had to wait no sooner to grow into this role than when the Clintons moved into the White House. When they tried to replace seven longtime employees in the White House Travel Office a public uproar followed. According to Time, Podesta wrote a report that was critical of Hillary Clinton’s role, which did not sit well with the First Lady.

When the Monica Lewinsky affair blew up, Podesta admitted Clinton had lied to him about his relationship with the White House intern. However, Podesta said he didn’t consider quitting and defended the president because Clinton was “a decent man”.

4. Podesta Said His Biggest Failure in 2014 Was Not Solving a UFO Case

A unique highlight of Podesta’s career may be his efforts to bring greater transparency to the search for aliens. He publicly supported a Freedom of Information Act lawsuit in 2002 regarding a 1965 UFO incident. As an advisor to President Obama, Podesta apparently failed to uncover those UFO files of the Kecksburg, Pennsylvania sighting. He bemoaned the fact on Twitter:

1. Finally, my biggest failure of 2014: Once again not securing the #disclosure of the UFO files. #thetruthisstilloutthere cc: @NYTimesDowd

In 1998, the Washington Post got Press Secretary Mike McCurry’s take on Podesta’s alien obsession. The former chief of staff said he expects Clinton to disclose more alien records if she gets elected. When asked about his personal beliefs on alien life, Podesta said he would leave the question to the public once the government releases evidence of aliens. He said somewhat forebodingly in a CNN interview: “The American people can handle the truth”.

“John can get totally maniacal and phobic on certain subjects,” McCurry said. “He’s been known to pick up the phone to call the Air Force and ask them what’s going on in Area 51.” 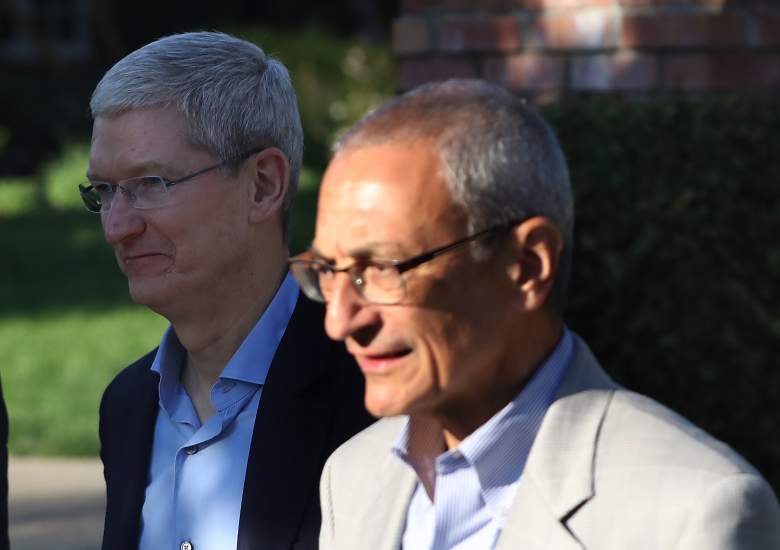 Podesta played a limited role in Hillary Clinton’s first campaign for president. However, he did compare the Clinton and Obama race for Democratic nominee to two tech giants, Microsoft and Apple. He argued that Clinton’s pitch to voters as the more experienced candidate wouldn’t resonate with voters inclined towards Obama’s fresh take on politics.

Podesta overhauled Clinton’s 2016 presidential campaign as Chair of Hillary for America. He invested more resources in her field and technology teams, areas he felt Hillary were lacking in during the 2008 presidential race. He has also encouraged the Democratic nominee to talk about issues she cares about like equal pay and childcare.