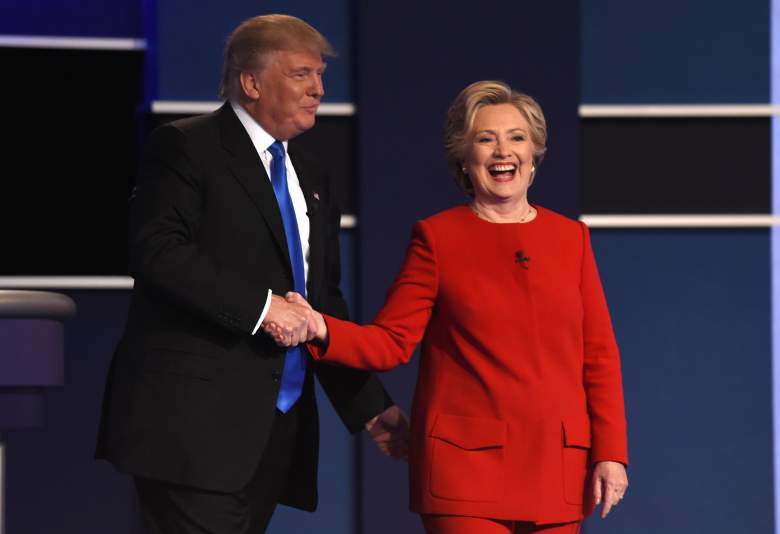 Donald Trump and Hillary Clinton are about to debate for the third and final time. They’ll be answering questions about issues that concern American voters, but who is it that writes these questions?

The questions in the presidential debates are written by the moderator, who in this case is Fox News’ Chris Wallace. The hosts generally come up with the questions alone, with nobody having any idea what will be asked until the debate begins. Of course that includes Hillary Clinton and Donald Trump, who are not given the questions beforehand, but it also includes the Commission on Presidential Debates, the non-partisan group that puts on the events. They select the moderator and then let this person have full control, as they explain on their website.

At similar events in the past, there have been some controversies when candidates allegedly received questions in advance. For example, hacked emails released by WikiLeaks recently showed that Hillary Clinton’s team may have been informed of a question in advance of a CNN town hall during the Democratic primary. Donna Brazile, a DNC vice chair and a CNN contributor, emailed the Clinton campaign a question, and a very similar question was asked during the debate itself. Brazile wrote in the email, “From time to time, I get the questions in advance.” Brazile has denied this, saying she never had access to debate questions in advance.

The Donald Trump campaign has complained that the questions in the first two presidential debates were biased against him, with Trump saying last time that the debate was “three on one,” meaning Anderson Cooper, Martha Raddatz and Hillary Clinton versus Trump. Whether there was bias in the previous events is up for debate, but Chris Wallace will almost certainly have some tough questions for Hillary Clinton tomorrow. After all, he comes from the conservative Fox News network, a channel whose CEO left earlier this year and quickly began serving as an adviser for the Trump campaign.

During a recent appearance on The Late Show with Stephen Colbert, Fox News’ Bill O’Reilly said that he believes his colleague Chris Wallace will have good questions during the debate.

“Wallace is a good moderator because he’s a tough guy like his father, Mike Wallace,” O’Reilly said. “And he’s not going to brook any nonsense. He’ll cut the nonsense out fast. There will be a little more credibility to it, I think.”

During the second presidential debate, questions were written by Anderson Cooper and Martha Raddatz. In the first debate, they were written by Lester Holt. Trump complained of bias after both of these events.

The third and final presidential debate will be divided into six segments of 15 minutes each. Each will be devoted to a topic, those topics being debt and entitlements, immigration, the economy, the Supreme Court, foreign hot spots, and fitness to be president. After a question is asked, candidates have two minutes to answer, and the segment’s remaining time is devoted to followup questions and to a conversation between the two presidential nominees. The debate will be broadcast live from 9:00 p.m. to 10:30 p.m. Eastern Time on all major networks, and it will be presented without commercial interruption.

Loading more stories
wpDiscuz
0
0
Would love your thoughts, please comment.x
()
x
| Reply
The third presidential debate between Donald Trump and Hillary Clinton takes place on Wednesday, October 19th. Who comes up with the questions that are asked?