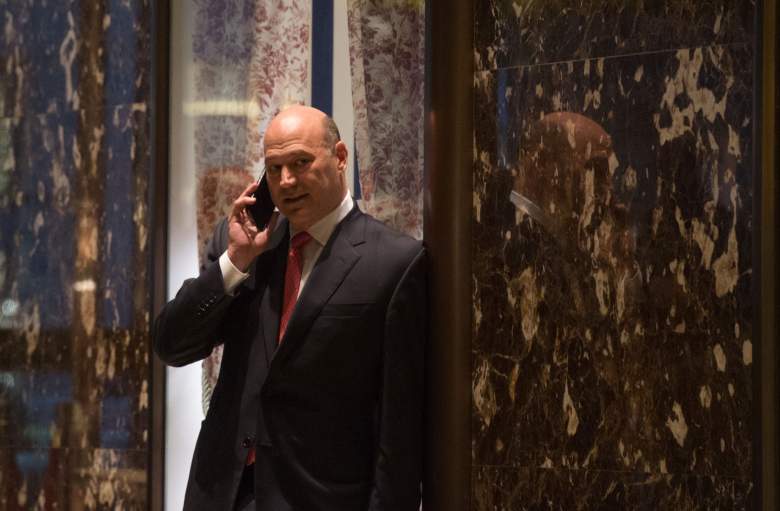 Another Goldman Sachs executive may be joining the Donald Trump administration.

According to Politico, Trump is now considering Goldman Sachs President Gary Cohn for a senior administration job. Cohn and Trump met on Tuesday, and the two reportedly discussed a possible position as director of the Office of Management and Budget.

Cohn is 56-years-old, and he lives in New York City with his wife, Lisa Pevaroff-Cohn, and his three children.

Here’s everything you need to know about Gary Cohn, the potential next director of the Office of Management and Budget. 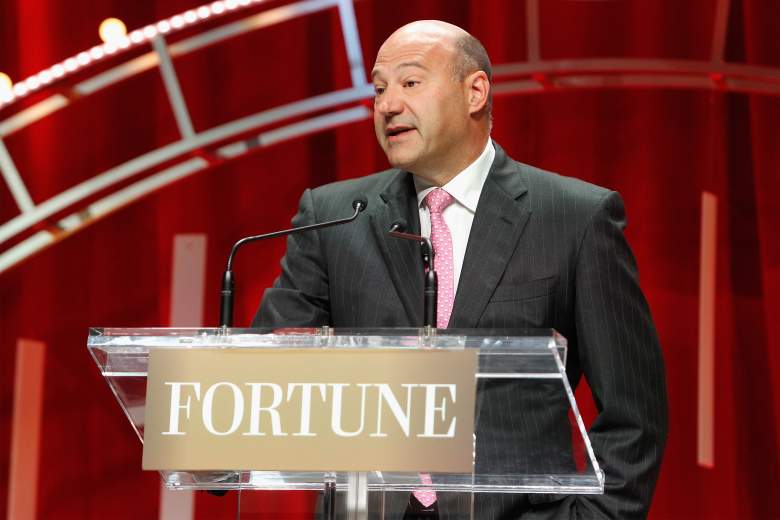 Gary Cohn has been working with Goldman Sachs for 26 years, joining in 1990 and becoming the head of the bank’s commodities department in 1996. This is a part of Goldman Sachs’ Fixed Income, Currency and Commodities Division, and in 2002, he became the head of that division.

He then became the co-head of global securities businesses, and finally in 2006 he became the president and co-chief operating officer. At the moment, he’s the second most important person at Goldman Sachs behind Chief Executive Lloyd Blankfein.

Cohn has reportedly been contemplating leaving the bank regardless of whether he’s offered a position in the Trump administration, according to the Wall Street Journal.

2. He Is a Registered Democrat & Donated to Hillary Clinton 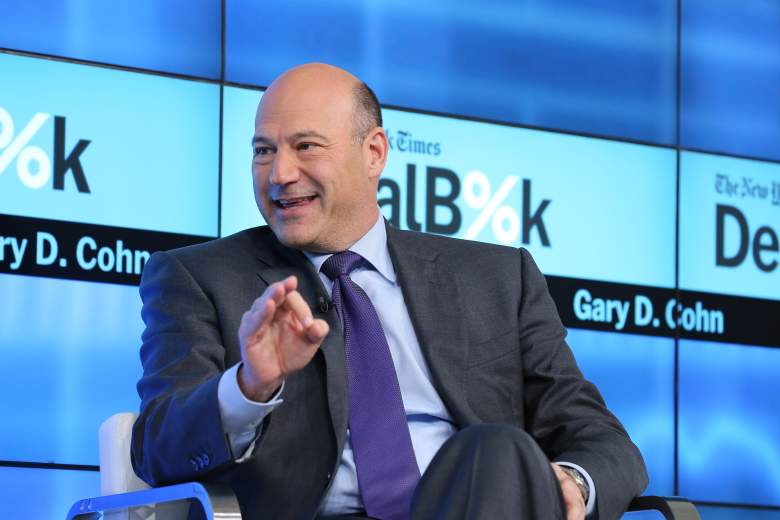 Gary Cohn participates in a panel discussion at the New York Times 2015 DealBook Conference at the Whitney Museum of American Art on November 3, 2015 in New York City. (Getty)

Many who are joining the Trump administration are lifelong Republicans, but that’s not the case with Gary Cohn. In fact, he is a registered Democrat, according to Politico, and has donated a substantial amount of money to Democratic candidates.

According to Bloomberg, Cohn has donated at least $275,000 to Democrats over the years, and that includes donations to both Barack Obama and Hillary Clinton during the 2008 Democratic primaries. However, he has also donated nearly the same amount of money – $250,000 – to Republican candidates. During the 2016 Republican primaries, he donated to Marco Rubio but did not give any money to Donald Trump.

3. He Lied His Way Into a Job on Wall Street 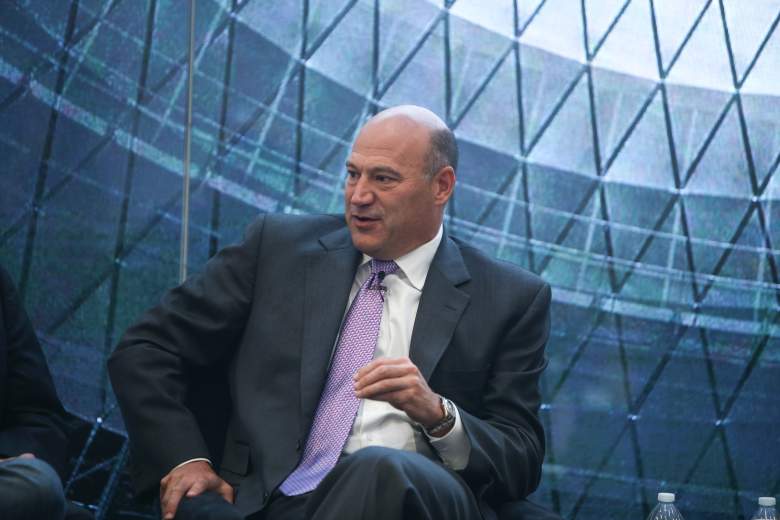 Unlike Donald Trump, Gary Cohn was not born into a wealthy family. Instead, his father was an electrician, according to The Wall Street Journal.

Cohn’s first job was selling window frames and aluminum in Cleveland, Ohio, a job he took right out of college basically just because he couldn’t find anything else, according to Business Insider. Cohn had struggled in school because he has dyslexia and was told that he would not amount to anything.

He eventually moved from Ohio to New York City to become an options dealer on the New York Mercantile Exchange. The story of how he got this job is actually pretty incredible: he didn’t even know what an option was, but he wanted to work on Wall Street so badly that he waited outside an executive’s office, took a cab with him, and spent the entire cab ride pitching himself and trying to get a job. Surprisingly, it worked.

“I lied to him all the way to the airport,” Cohn said. “When he said, ‘Do you know what an option is?’ I said, ‘Of course I do, I know everything, I can do anything for you.’ Basically by the time we got out of the taxi, I had his number. He said, ‘Call me Monday.’ I called him Monday, flew back to New York Tuesday or Wednesday, had an interview, and started working the next Monday.”

4. He Has Been Described as Very Aggressive 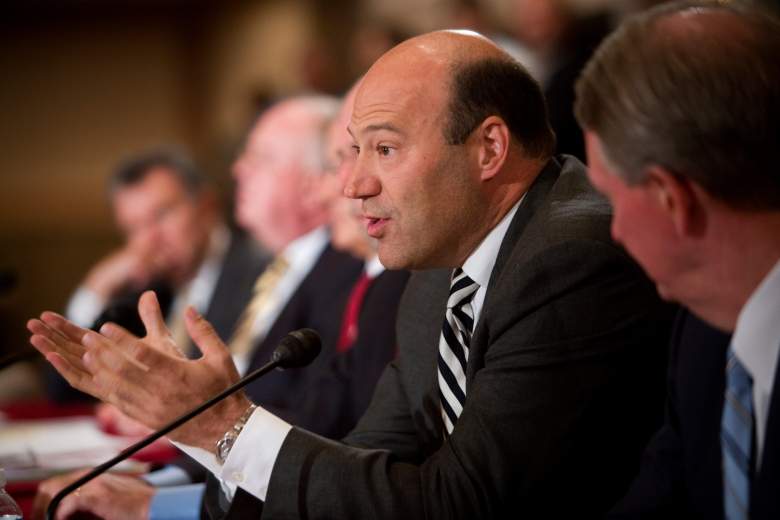 Gary Cohn speaks during a panel on Capitol Hill on September 12, 2008. (Getty)

A profile of Gary Cohn in Bloomberg describes him as extremely abrasive, saying that this is both his biggest crutch as well as what got him to where he is today.

Bloomberg reports, “Cohn, 6-foot-3 and 220 pounds, can be intimidating, two former colleagues said. He would sometimes hike up one leg, plant his foot on a trader’s desk, his thigh close to the employee’s face, and ask how markets were doing, they said.”

“When you become arrogant, in a trading sense, you begin to think that everybody’s a counterparty, not a customer, not a client,” he said. “And as a counterparty, you’re allowed to rip their face off.”

5. If Appointed, He Would Be the Third Former Goldman Sachs Employee in the Trump Administration 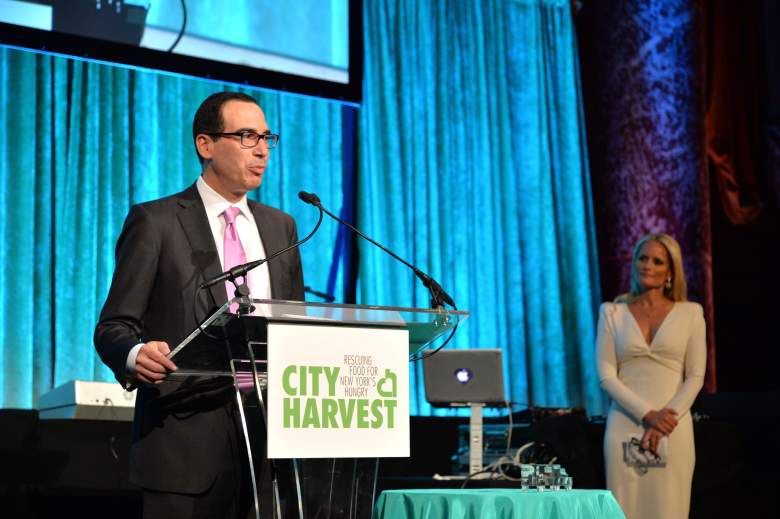 If Gary Cohn is appointed, this would be the third member of Donald Trump’s cabinet with past ties to Goldman Sachs.

The first is Steve Bannon, Donald Trump’s counselor who worked for Goldman Sachs starting in the early 1990s. Then there’s Trump’s treasury secretary, Steven Mnuchin, who worked at Goldman Sachs for 17 years. This all comes as a surprise considering that Trump repeatedly pledged to “drain the swamp,” and now some of Trump’s own supporters are questioning the nominations.

Mr Trump, this is bullshit. Can you hire someone who doesn't work for Goldman Sachs?

What about that swamp? Huh? https://t.co/t2QkXsrtBy

During the Republican presidential primaries, Donald Trump repeatedly criticized his opponents for being controlled by Goldman Sachs, especially hammering Hillary Clinton for her paid speeches.

In a tweet which is regaining attention today, Edward Snowden suggested in February 2016 that the choice between Donald Trump and Hillary Clinton was a choice between Trump and Goldman Sachs.

2016: a choice between Donald Trump and Goldman Sachs.

Loading more stories
wpDiscuz
0
0
Would love your thoughts, please comment.x
()
x
| Reply
Gary Cohn, president of Goldman Sachs, is reportedly being considered for director of the Office of Management and Budget in the Trump administration.