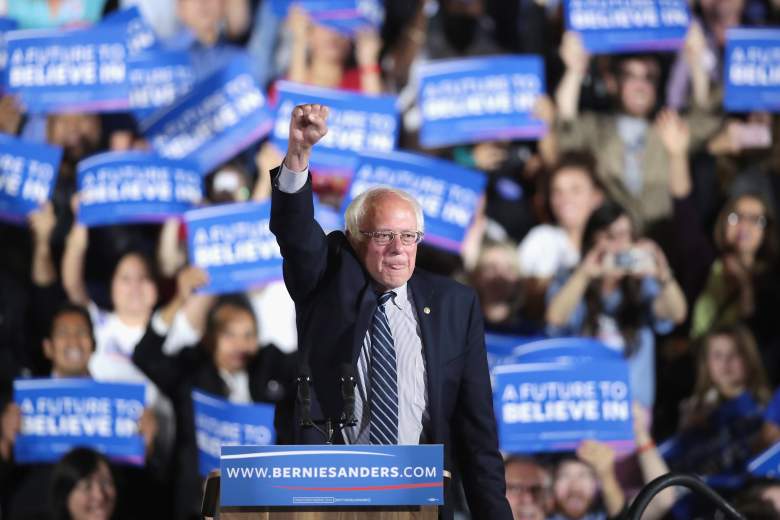 Change is happening in the political world, and it’s not just with Donald Trump being elected. Bernie Sanders is also stepping back into the spotlight. He’s made some big statements about Donald Trump, announced that he might consider running for President in 2020, and endorsed Keith Ellison for DNC Chair. And now, one of the biggest grassroots groups for Bernie looks like it’s about to reopen for business: a subreddit called Sanders for President, with more than 212,000 members.

Sanders for President Closed Down After Bernie Spoke at the DNC

Ever since Sanders endorsed Clinton and urged his supporters to vote for her during the Democratic National Convention, the subreddit has been shut down. It had nearly 250,000 members when it closed and was one of the most active communities at the time for presidential candidates. The members of the group wanted to keep the discussion going, so they could pool their resources and use their community to push for down-ballot Progressive candidates. But instead, the subreddit was archived and submissions and discussions were closed. It was a huge controversy in the Reddit community that people still talk about today.

The last post to the group, made three months ago, was titled: “July 29th – Remembering the Last 17 Months and a Thank You to Senator Bernie Sanders.” Everyone shared their favorite moments from Sanders’ campaign, along with a few opinions on why the sub shouldn’t be closed. A mod on Sanders For President, webconnoisseur, even talked about why he disagreed with closing the community.

There were rumors running rampant at the time that Clinton or Trump campaigns were paying some of the mods. The top rumor, still being discussed today, is that Correct the Record shut down Sanders for President. Three months ago, moderator webconnoisseur said that wasn’t true. However, he personally had wanted to keep the community open, because they were getting 1 to 3 million visitors a month and the community was very close-knit.

Still, the rumors that CTR was behind the shutdown persist. In fact, Reddit’s “politics” community at one point became completely pro-Hillary Clinton with dissenting posts being downvoted extensively. After the election, the subreddit went back to normal. CTR did admit publicly that Reddit would be one of its focus points. In April, The Daily Beast reported about how this PAC was spending $1 million to correct commenters on Reddit and Facebook. (This number later increased.) One person wrote about the whole thing on a subreddit for Hillary Clinton:

The gas lighting, the Astroturfing, the inability to distinguish whether I am reading the honest opinion of a person or the paid talking points of a campaign is truly scary.

In fact, there are just a few communities that gained the numbers Sanders for President gained. Bernie Believers on Facebook, for example, is one of those groups that is still active and popular. There are others, devoted to progressive change, that can’t all be listed here.

But sadly, some other Facebook groups were hit with in-fighting or confusion. One of the largest, an activist group, lost some ground after Sanders endorsed Clinton. The group has since reoriented itself with a focus on decisive change and is gaining ground again. Another public group, called Bernie Sanders Revolution, had over 100,000 subscribers but became a bit of an enigma. (There’s a community Facebook page with the same name, but not affiliated.) When a reporter from Heavy who specializes in Bernie Sanders coverage tried to join, she was blocked without explanation. This type of in-fighting happened in a number of Sanders’ groups after he endorsed Clinton. But it seems those days may be fading away.

For the first time in more than three months, Sanders for President added two new posts to the subreddit. One is a petition to make Bernie Sanders the Senate Minority Leader. Another is Rep. Ellison’s form announcement that he’s running for the DNC chair. The popularity of this subreddit became immediately apparent. The Bernie Sanders petition reached the front page of Reddit and currently has 9,797 upvotes and nearly 2,000 comments. The subreddit’s community is definitely ready to step back into action.

Comments on the two new posts included statements such as: “Being back here feels right,” “I saw S4P in the header and smiled so big,” and “I’m very excited, this is my favorite community on Reddit.”

It’s unclear if the subreddit will open completely. Submissions in general still aren’t allowed, and these two new ones were moderator submissions. In addition, each of the two submissions still starts out with a link to the same topic on Political Revolution’s subreddit. The mods themselves haven’t made an official announcement about the change. But since Sanders has said he may be open to running for President in 2020, there’s certainly room for the subreddit again. As one person on Reddit wrote:

Bernie’s one of the only people focusing on the midterms instead of scratching his head. I don’t see why we shouldn’t get his 2020 campaign started.”

The community as a whole appears to still want to live in the Sanders For President subreddit. It may be just a matter of time before they get their wish.

Loading more stories
wpDiscuz
2
0
Would love your thoughts, please comment.x
()
x
| Reply
A massive Bernie Sanders subreddit with 212,000 members, called "Sanders for President," made its first new posts after three months. Is the group coming back?