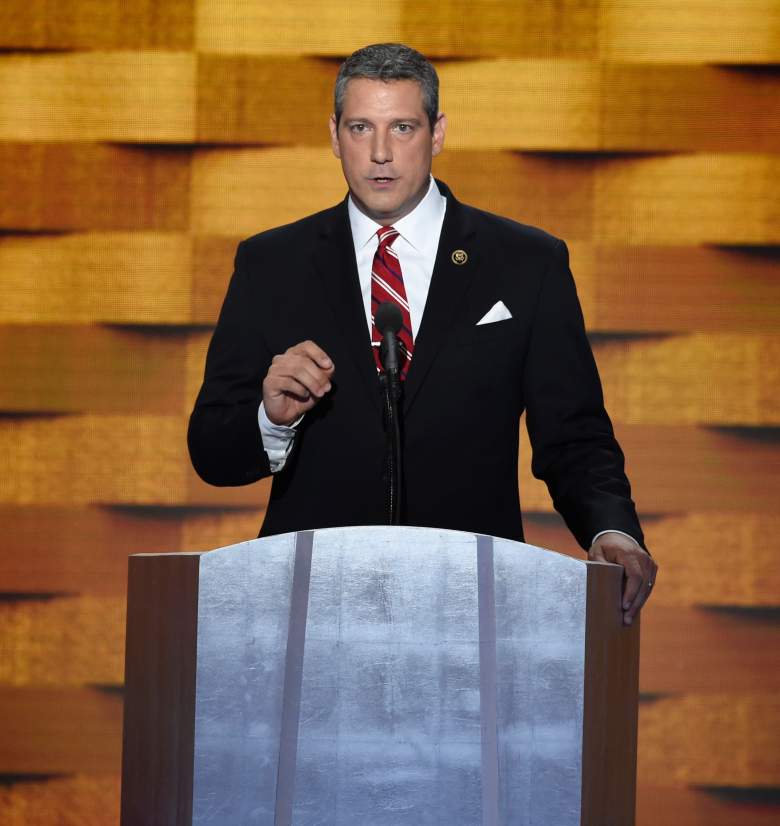 When the lawmakers in Washington announced their picks for leadership within the Republican and Democratic parties, there was one glaring thing missing: Nancy Pelosi was not named the House Minority Leader right away. Instead, House Democrats did not pick their leaders until November 30 and Ohio Representative Tim Ryan hoped to replace her. However, the challenge didn’t work and Pelosi was again chosen to lead the Democrats in the House.

On November 17, Ryan officially announced his plan to challenge Pelosi, who has lead the Democrats since 2002. Ryan comes from one of the states Hillary Clinton lost to Donald Trump and believes that there must be a shake-up within the party.

The 43-year-old Ryan is married to Andrea Zetts and the two have one son, Brady. Zetts also has two children from a previous relationship. He represents Ohio’s 13th district, which includes Youngstown and part of Akron. He was first elected to Congress in 2002 to represent the 17th district, which the state lost during reapportionment after the 2010 Census.

Here’s a look at Ryan’s life, career and why he wants to lead the Democrats.

In his letter to fellow Congressmembers, Ryan said that the Democrats need to change leadership. He pointed out that the party has lost over 60 seats since 2010 and that Democrats have only been the majority for two terms in the past 18 years.

“At this time of feat and disillusionment, we owe it to our constituencies to listen and bring a new voice in leadership,” he wrote. “The American people need to know we understand that they elected us to fight for economic opportunity for all. We need to create America 2.0 — a multicultural, progressive, and innovative country that fights every day for ordinary people.”

Ryan went on to say that he never thought of taking a leadership role in Congress, but he wrote that “we all need to re-evaluate our roles within the Caucus, the Democratic Party, and our country.”

Pelosi doesn’t seem too concerned about a leadership change happening. “Without even asking anybody for a vote, I have over two-thirds of the caucus supporting me,” Pelosi said on November 17. “It’s a funny thing, in a caucus or any place: When somebody challenges you, your supporters turn out.”

2. Ryan Wrote a Book About How Meditation Could Help Americans

Ryan is an author of two books. His first was 2013’s A Mindful Nation: How a Simple Practice Can Help Us Reduce Stress, Improve Performance, and Recapture the American Spirit, in which he outlined how meditation could help Americans and could be used in schools and for health care. In 2014, he published The Real Food Revolution: Healthy Eating, Green Groceries, and the Return of the American Family Farm.

In a 2015 New York Magazine profile, Ryan said he leads weekly meditation sessions when Congress is in session. At the time, he could only get a few House members to join a session at the House chapel.

Ryan said he decided to get into meditating after his first six years in Congress. “Lawmakers are so anxious and they need to raise money and there’s all these elections and 24-hour news cycles and Tweeting and blogging and a crisis of every hour,” Ryan told the magazine. “There’s no time to contemplate or evaluate and look at what’s happening and why.”

“I think when you realize that U.S. Marines are using this that it’s already in the mainstream of our culture,” Ryan told the Washington Post. “It’s a real technique that has real usefulness that has been scientifically documented. . . . Why wouldn’t we have this as part of our health-care program to prevent high levels of stress that cause heart disease and ulcers and Type 2 diabetes and everything else?”

3. Ryan Wants the Democrats to Focus on Jobs Again & Reach Out to Blue-Collar Voters 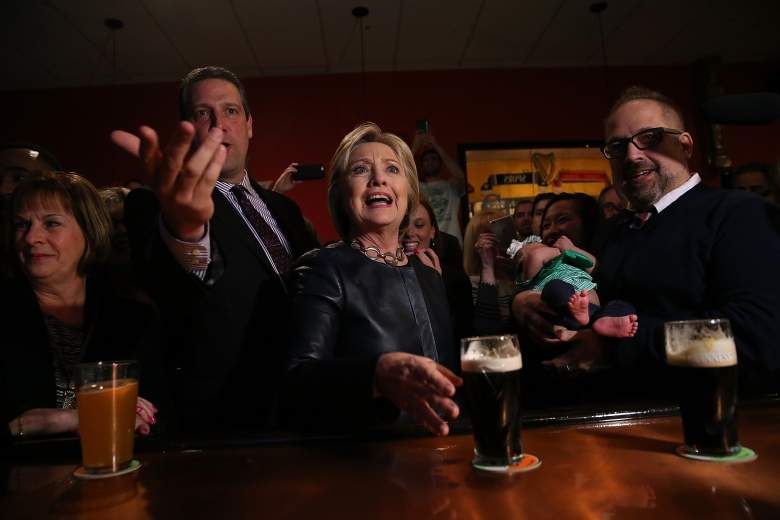 While on Morning Joe on November 16, Ryan said that the Democrats must focus on jobs and they “have to grab that idea of making things in America again.”

Ryan said that the party has to do a better job at reaching out to the blue-collar voters. While Clinton failed to appeal to these voters, Trump did. The billionaire businessman easily won Ohio with 52.1 percent of the vote. Mahoning County, which includes Youngstown, was one of the few counties in Ohio Clinton won, picking up 49.8 percent of the vote.

In the Morning Joe interview, Ryan said that the party needs to stop trying to push voters to retrain themselves and instead get the jobs they can already perform to come back.

.@RepTimRyan: Trump "will gut" working people "and climb over your cold dead body and get on his helicopter." https://t.co/6OZoimWy5E

In October, Ryan gave voters a graphic description of how their lives would be ruined under a Trump presidency.

“That’s what is at stake, and I don’t mean to be graphic, but this guy to our friends in the trades — to our steelworkers who he’s been treating unfairly, very unfairly — he will, he will gut you and he will walk over your cold dead body and he won’t even flinch,” Ryan said.

“He’ll climb over your cold dead body and get on his helicopter, right?” Ryan added. “I don’t mean to be dramatic, but that’s what’s at stake.”

On November 16, Ryan said on the Alan Colmes Show that the Democratic party “screwed up” and will have to take a long look at how the party lost on November 8.

How do you get your rear end kicked like we got our rear end kicked and not even have a conversation about it. I mean that’s ridiculous. I mean there’s no reevaluation, there’s the campaign committee meeting today. It wasn’t in touch with reality. We owe it to the American people. I got kids that are growing up in a Donald Trump world because we screwed up because we haven’t been able to craft a message and push policies that connect with working class people.

5. Ryan Used to be Pro-Life, but Switched to Pro-Choice on Abortion in 2015

One of the switches Ryan has made in his career in Congress is from pro-life to pro-choice on the abortion issue. He voted for the Stupak-Pitts Amendment to the affordable Care Act, which would have limited federal funds used to cover health care costs for abortion, except in the case of rape, incest or danger to the mother’s life. This amendment didn’t need to be passed, because President Barack Obama later signed Executive Order 13535, which restricted the use of federal funds for abortion.

In January 2015, Ryan wrote an op-ed for Ohio.com, he explained why he is now pro-choice after talking with women from Ohio and around the country.

“I have come a long way since being a single, 26-year-old state senator, and I am not afraid to say that my position has evolved as my experiences have broadened, deepened and become more personal,” Ryan wrote. “And while I have deep respect for people on both sides of this conversation, I would be abandoning my own conscience and judgment if I held a position that I no longer believed appropriate.”

He concluded, “I have come to believe that we must trust women and families — not politicians — to make the best decision for their lives.”