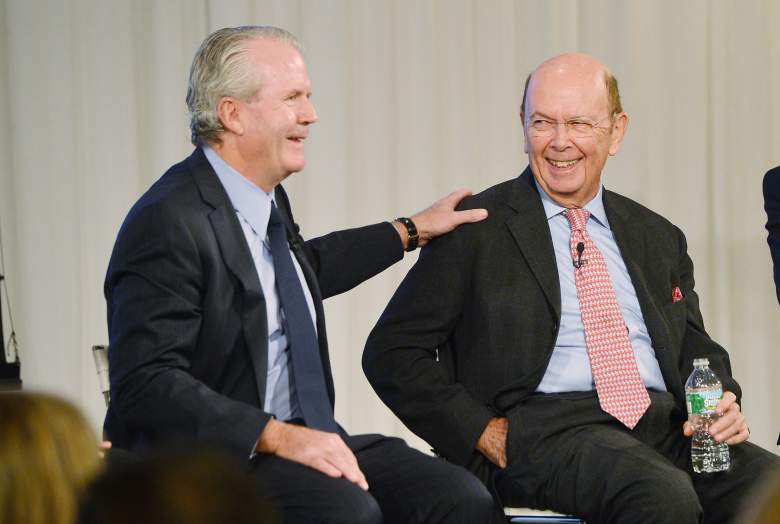 Wilbur Ross (right) is being considered for Treasury Secretary or Commerce Secretary in the Donald Trump Administration. Here he is in 2013 with investment banker James B. Lee. (Getty)

Wilbur Ross Jr., a billionaire investor, is on the list of candidates for positions in the Donald Trump administration. Trump has nominated him for Secretary of Commerce. His testimony before the U.S. Senate’s Commerce, Science & Transportation Committee on January 18.

“I am pro trade. But I am pro sensible trade, not trade that is detrimental to the American worker and to the domestic manufacturing base,” Ross’ prepared statement reads.

The 78-year-old Ross, who earned the nickname “King of Bankruptcy” during his time at Rothschild Inc., has supported Donald Trump’s candidacy since June 2016. He was not the only one in the running for either position. Steven Mnuchin is also on the list, while Linda McMahon has been rumored as a possible Commerce Secretary pick. Mnuchin got the Treasure Secretary job.

Carl Ichan confirmed that Ross and Mnuchin are in the running.

Here is a look at Ross’ support of Trump and his career.

1. Ross Has an Estimated Net Worth of $2.9 Billion 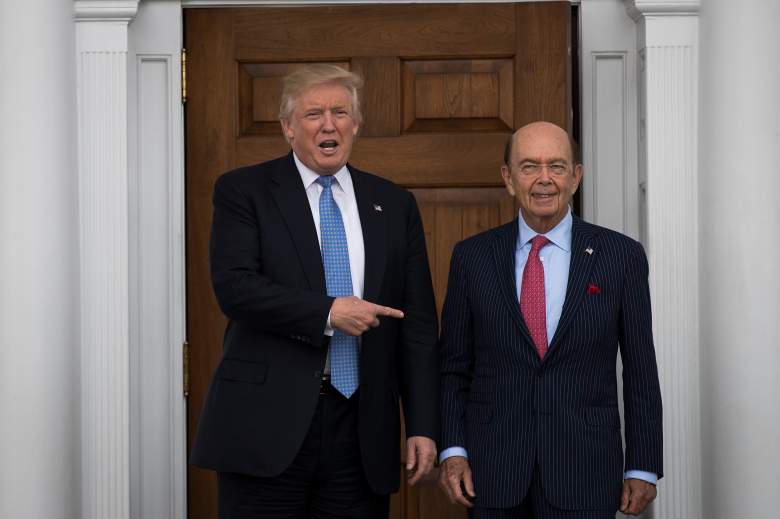 Trump won’t be the only billionaire in the Administration if Ross joins. Forbes estimates that Ross has a net worth of $2.9 billion, as of November 2016. That puts him at #232 on the 2016 Forbes 400 list.

Ross has earned most of his fortune through investments. He is the chairman and chief strategy officer of WL Ross and Co. LLC, which was founded at Rothschild & Co. in 1997 and left Rothschild in 2000. Before that, he was at Rothschild for 25 years, focusing on bankruptcies. The company has investments in 178 companies in 14 industries.

After leaving Rothschild, Ross started earning billions through risky investments in steel, textile and coal mines. According to a 2004 New York Magazine profile of Ross, he controlled 1.2 billion tons of coal reserves at the time. That year, the New Jersey native landed on the Forbes 400 for the first time.

2. Ross Said He Supports Donald Trump Because ‘We Need a More Radical, New Approach to Government’

Ross, who was on Trump’s economic team during the campaign, endorsed Trump on CNBC in June.

“Part of the reason why I’m supporting Trump is that I think we need a more radical, new approach to government – at least in the U.S. – from what we’ve had before,” Ross explained. “I think the reason why the Trump phenomenon has become so important … is because middle class and lower middle class America has not really benefited by the last 10 to 15 years of economic activity and they’re sick and tired of it and they want something different.”

Ross also said that there are some who are “tired of political correctness” and praised Trump’s “less politically-correct direction.”

However, Ross called a Trump idea that he could somehow eliminate all of America’s $19 billion debt in eight years improbable.

“If you add up all the promises any politicians makes, the math doesn’t work. Hillary Clinton’s math doesn’t work, Donald’s math probably doesn’t work,” Ross said. “I think you have to listen to their campaign pitches more as symbolic, more as metaphors.”

During the 1990s, Ross was married to Betsy McCaughey, who served as New York Lieutenant Governor under George Pataki from 1995 to 1998. Ross and McCaughey married in 1995 and divorced in 1998.

Before their divorce, Ross spent $2.25 million on McCaughey’s campaign against Pataki, when she unsuccessfully ran as a Democrat. But when her campaign began to fall apart, he pulled the money and they divorced. “That gave one a very close-up view of politics,” Ross told New York Magazine in 2004.

Ross is now married to socialite Hilary Geary. As the New York Times reported in 2004, the couple met at a party and exchanged emails afterwards.

Ross has two children from his marriage to Judith Nodine. The two were married from 1961 to 1995. His daughters are Jessica and Amanda.

4. In August, WL Ross & Co Paid a $2.3 Million Fine to the SEC Over Fees Investors Were Charged

In August 2016, WL Ross & Co. agreed to pay the Securities and Exchange Commission a $2.3 million fine because the company failed to tell investors how it calculates fees for some funds. The SEC said that WL Ross had investors pay up to $10.4 million in management fees that they did not need to pay between 2001 and 2011.

According to Reuters, Ross agreed to “voluntarily” return the excess fees with interest to investors, in addition to the FEC fine.

This was not the only legal issue Ross has faced in his career. In 2006, WL Ross & Co. and the now-defunct International Coal Group (ICG) were sued for negligence after the Sago Mine explosion in West Virginia by Randal McCloy, the only survivor of the disaster, and families of the victims. The lawsuits were settled by 2011 and financial terms were not revealed.

5. Ross Predicted a Recession If Clinton Was Elected to a ‘Third Term’ for Obama

Ross was on CNBC the day of the election and predicted that there would be a recession if Hillary Clinton was elected. He said it would be like electing President Barack Obama to a “third term.”

“We’re already pretty long in the tooth, even though this recovery is the weakest we’ve had in decades and decades,” Ross said. He argued that her tax policies would have hurt the economy and put the brakes on the recovery from the 2008 financial crisis.

In that same interview, Ross also predicted that the stock market would eventually accept the idea of a Trump presidency. “As soon as Trump announces his Cabinet choices, the market will feel better,” Ross said.

In a post-election interview with the New York Times, Ross said that it was important for Trump to “get some things accomplished very quickly.”

Loading more stories
wpDiscuz
0
0
Would love your thoughts, please comment.x
()
x
| Reply
Billionaire investor Wilbur Ross is the nominee for Commerce Secretary in the Donald Trump Administration. Here's a look at his life and career.