John Glenn was known for his heroics in space, but he called his wife of 73 years, Annie, the true hero of the family.

Annie Glenn is 96, and John Glenn, who died December 8, was 95. She has survived him. “Annie is renowned for providing an inspiring model for people with communicative disorders as she overcame her own,” said an Ohio foundation when it gave the couple an award. Annie Glenn struggled with stuttering throughout her life.

Human aging is amazing. This is what John and Annie Glenn looked like in 1965. You are "old" for so much longer than you are young. pic.twitter.com/Z7xt6lV3gW

Glenn said of his wife and high school sweetheart, “I saw Annie’s perseverance and strength through the years and it just made me admire her and love her even more.”

Maybe the best thing about John Glenn was how in love with Annie Glenn he was.

Theirs was a true American love story.

According to the John and Annie Glenn museum, Annie and John Glenn, Jr., “were childhood playmates, then high school sweethearts, and after John received his commission in the Marine Corps, they were married on April 6, 1943.”

John Glenn liked to say that he met his wife in the playpen, and it wasn’t a joke.

The John and Annie Glenn Museum and Harpers cabin will be open to visitors tomorow, from 5:30 – 8:30 stop by before the tree lighting. pic.twitter.com/tbesN4CJHB

On the site, Hero.com, John Glenn wrote of Annie, “I don’t remember when I first met my wife, Annie. Our parents were good friends and we practically grew up in the same playpen. We never knew a time when we didn’t know each other. But somewhere in my teens, I took a second look at Annie and liked what I saw.”

2. Annie Glenn Overcame a Stuttering Problem & Is an Accomplished Organist

Last year, I had the honor of joining John & Annie Glenn for the official ribbon cutting of the new John Glenn College of Public Affairs. pic.twitter.com/WzkFxiCOsl

The museum biography says that Annie Glenn “has had a severe stuttering problem all her life” like her father before her. “In 1973, she completed an intensive program at the Communications Research Institute at Hollins College in Roanoke, Virginia, and although she does not consider herself ‘cured,’ she now speaks freely and gives speeches at public events.”

The couple was very open about the challenges Annie faced and used the story to help others.

On the Hero.com site, John Glenn described the magnitude of the challenges. “I was in the Marine Corps and was overseas while Annie was at home with our two young children. When I went away, we always made sure that there was a neighbor available in case there was an emergency since Annie would probably not be able to use the telephone.”

CNN said Annie’s stuttering was so bad as a child that it affected her speech 85% of the time and she was laughed at when trying to read a poem at school.

Annie plays the organ, said the museum. “An accomplished organist, she received a BS degree in 1942, with majors in music and education,” says the bio.

The bio added that she “serves on the the National Deafness and other Communication Disorders Advisory Council of the National Institutes of Health. She is also a member of the Advisory Panel of the Central Ohio Speech and Hearing Association.” She has a lifelong history of working on issues affecting children, the elderly, and with communication disorders.

3. Annie Was Her Husband’s Navigator When he Flew

The couple had their own plane, said the museum. “With her husband, Annie Glenn serves on the Board of Trustees of Muskingum College and travels with him on most of his trips to Ohio, lending a hand as navigator and radio operator when they fly in their own plane,” says the bio.

She was also at his side at ticker tape parades and political events.

I took this of John & Annie Glenn in Beijing. It captures the depth of their love for each other. Marcelle & I send our love to Annie. pic.twitter.com/lFPK1Up4mR

The museum biography says Annie Glenn “enjoys family activities, especially with her two grandsons. She has a long-standing interest in American folk arts and crafts and collects quilts and other needlework as well as historical household items from the small towns of Ohio.” 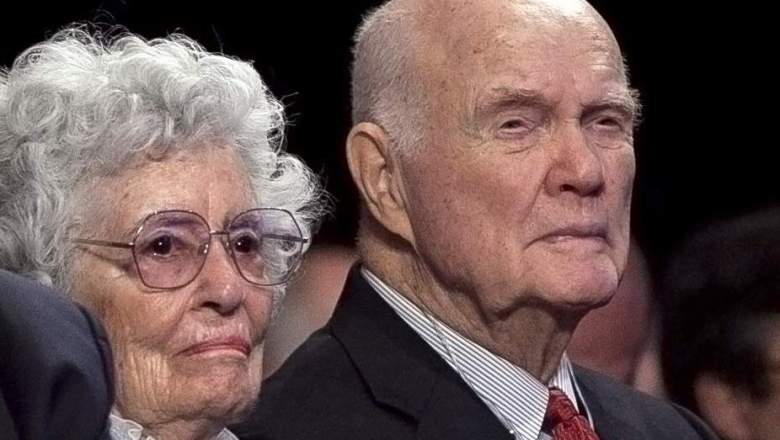 The couple had two children together, John and Carolyn. John Glenn wrote on hero.com of Annie, “Millions of individuals are heroes in their own right. In my book, Annie is one of those heroes.”

On Twitter, many people praised the love story between John and Annie Glenn after he died.

John Glenn frequently expressed great admiration for his wife. He wrote on hero.com, “She has always had a great sense of humor; she was a straight-A student and a wonderful musician. She won a scholarship to Julliard, but instead she stayed in Ohio, at Muskingum College, and married me. I admired Annie. She was a very talented person, a true standout.”

The Columbus Dispatch wrote about the couple’s love story, saying that Annie always refused John’s offer to replace her diamond ring for one more expensive; it had cost him $125.

World War II kept them separated for four of the first six years of their marriage, but the union endured, said the newspaper.

Read more about John Glenn’s family in Spanish at AhoraMismo.com: 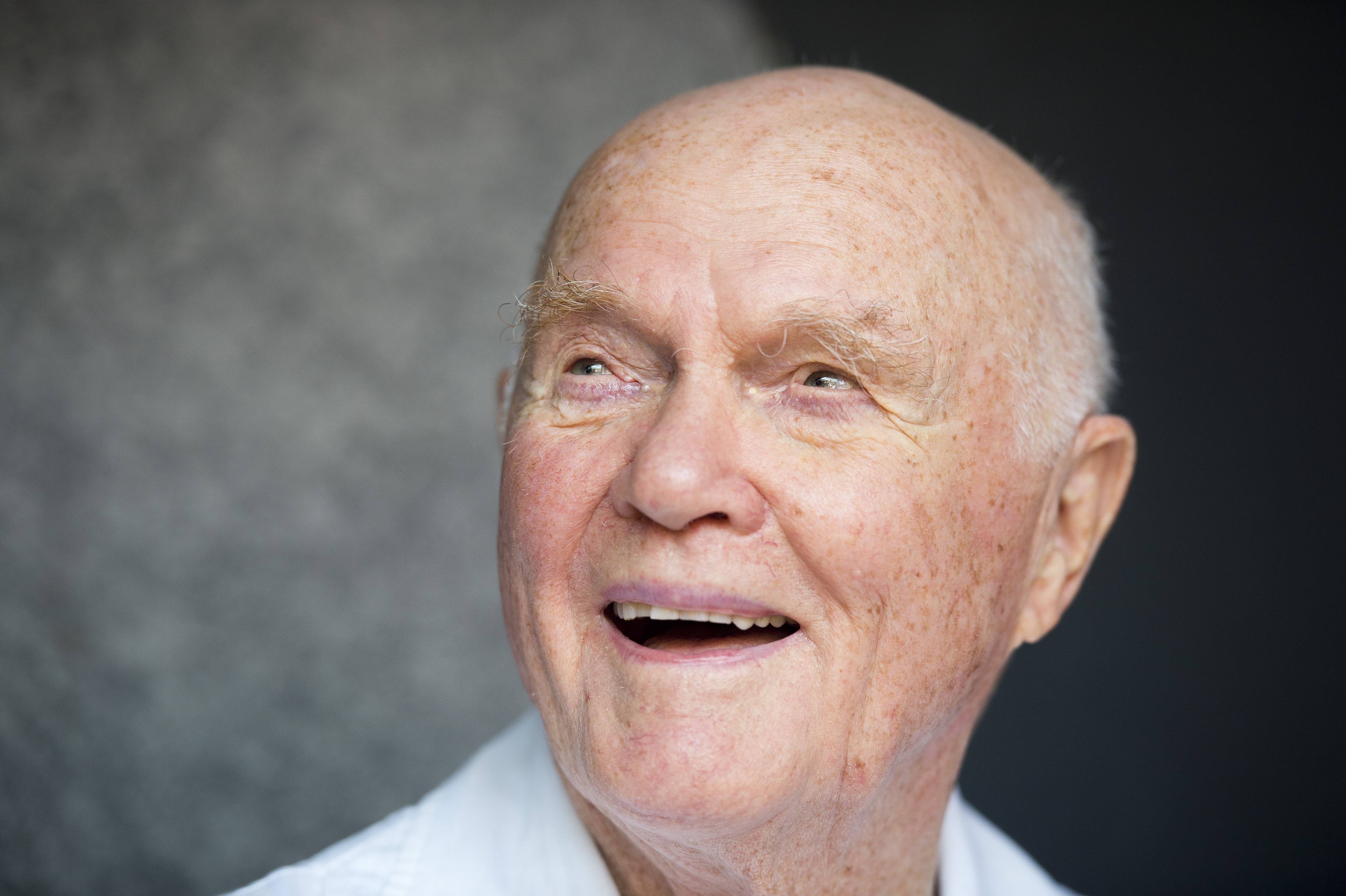 Loading more stories
wpDiscuz
4
0
Would love your thoughts, please comment.x
()
x
| Reply
Annie Glenn, the wife of John Glenn, has survived him. The iconic astronaut has died at 95. The Glenns were married more than 70 years.