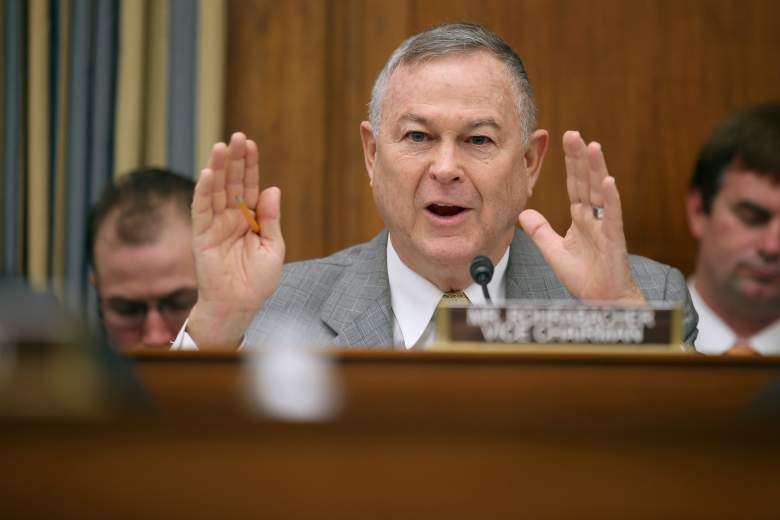 Dana Rohrabacher, who has been in Congress since 1989, is the incumbent Representative for the 48th district currently battling Democrat Harley Rouda in one of the closest house races of the 2018 cycle. He  was previously considered a potential Secretary of State candidate in the Donald Trump Administration. The role went to Rex Tillerson instead.

Rohrabacher is known for his pro-Russia stance, despite working for Ronald Reagan at the height of the Cold War. He also has doubts about humanity’s role in global warming and has pushed for the U.S. to get out of Afghanistan.

Rohrabacher‘s district has been redrawn a few times during his 27 years in Congress. His current district is California‘s 48th, which covers parts of Orange County.

Rohrabacher has been called “Putin’s favorite congressman.” Here’s what you need to know.

Rohrabacher has met with Alexander Torshin, the deputy governor of the Russian central bank, several times in the past. Torshin has a longstanding relationship with both the National Rifle Association and the American conservative movement, according to Mother Jones.

Because of Rohrabacher’s ties with Torshin, who tried to set up a “backdoor meeting” between Trump and Putin during the 2016 presidential campaign, he had to sit for interviews with both the Senate and the House intelligence committees.

Later, Rohrabacher also described the Russian investigation, which has since led to an indictment of 12 Russian nationals by Special Counsel Robert Mueller, as a “brouhaha about nothing,” arguing that the only thing the Russians may have done was disclose “accurate information” about democratic officials following the hacking.

2. Rohrabacher Was Met With Significant Criticism When He Supported the Idea of Toddlers Being Given Guns in Sacha Baron Cohen’s Show, ‘Who Is America?’

In the first look for Sacha Baron Cohen’s Showtime show Who Is America?, Rohrabacher is one of the Republican lawmakers who consented to Cohen’s satirical notion of solving America’s problem of school shootings by giving guns to children as young as four years old.

He said, “Maybe having many young people trained and understand how to defend themselves in school might actually make us safer here.”

His appearance on the show drew heavy criticism, especially from his Democratic challenger, Rouda. On Twitter, Rouda said, “[Rohrabacher’s] willingness to promote a non-existent “children’s gun program” proves his commitment to the NRA over our Nation’s safety. His gullibility, lack of due diligence, and weakness is exactly why Vladimir Putin adopted him decades ago.”

3. Rohrabacher Sided With Russia in the Crimea Crisis & Thinks ‘Putin Is Not Satan’ 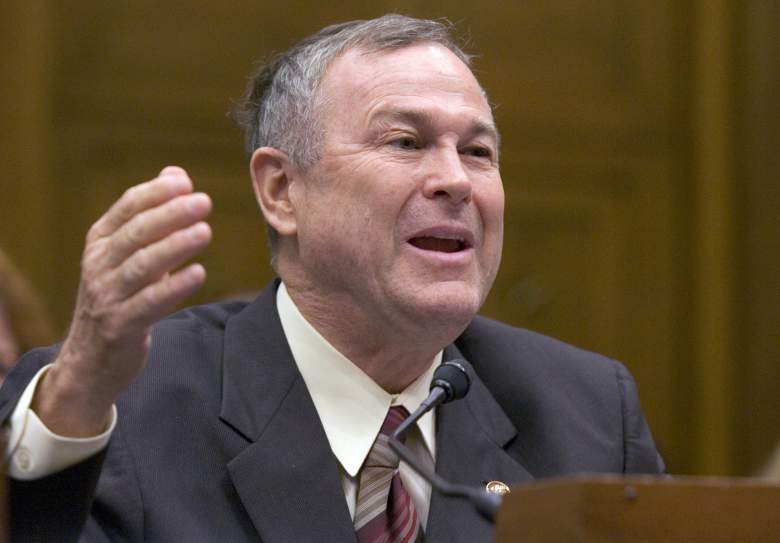 Considering that his work with Ronald Reagan during the height of the Cold War launched his political career, Rohrabacher’s pro-Putin stance seems like a curious about-face. Rohrabacher even played a role in shaping the Reagan Doctrine, under which the U.S. tried to stop growing communist influence around the world during the 1980s. Rohrabacher rose through the Reagan White House ranks to become one of his top speech writers.

But in recent years, Rohrabacher has been a staunch defender of the Kremlin.

“There have been dramatic reforms in Russia that are not being recognized by my colleagues,” he told the New York Times in 2014. “The churches are full. There are opposition papers being distributed on every newsstand in Russia. You’ve got people demonstrating in the parks. You’ve got a much different Russia than it was under Communism, but you’ve got a lot of people who still can’t get over that Communism has fallen.”

In March 2014, when Congress considered granting loan guarantees to the new Ukraine government, Rohrabacker voted against the measure. When the House voted to condemn Russia’s actions in Crimea, he only voted “present.”

“The Cold War is over. Putin is not Satan,” Rohrabacher told the Los Angeles Times.

Rohrbacher has been such a defender of Russia that he told Yahoo News that he would rather see the U.S. work with Russia and stop being so close to China.

“If it’s right for us to join in and cooperate and have a better relationship with Russia in order to defeat radical Islam and to pull China back a bit, well that’s a good thing, and that’s what this is all about. Russia is no longer the Soviet Union,” the Congressman told Yahoo News. “There’s a bunch of people here who want to treat it like it’s still the Soviet Union and get in the Cold War. That’s not what Donald Trump wants, it’s not good for America, and it’s better to cooperate with them to actually take on real enemies.” 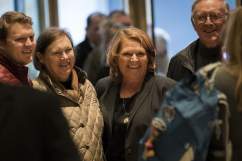 WATCH: Heidi Heitkamp & The Naked Cowboy Get In a Trump Elevator Together 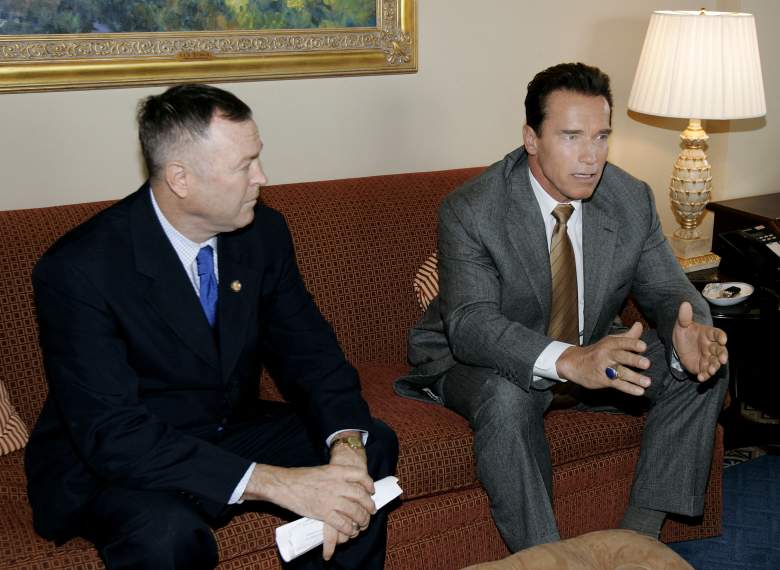 In September 2013, KPCC asked Rohrabacher if he ever met Putin. Rather than just say “Yes,” Rohrabacher delivered an epic story about meeting Putin in 1990 or 1991, after the Soviet Union fell, in Washington D.C. The story involved playing football, a trip to an Irish pub and a drunken arm-wrestling match.

We all ended up going to this Irish Times Pub afterwards. And we were having a little bit too much to drink, I guess. Anyway, we started arguing about who won the Cold War, etc. And so we decided to settle it like men do when they’ve had too much to drink in the pub. So we got to these arm wrestling matches, and I ended up being paired off with Putin. He’s a little guy, but boy, I’ll tell yea. He put me down in a millisecond! He is tough. His muscles are just unbelievable.

Rohrabacher said that this was an example of Putin’s toughness.

“You know, he’s a tough guy,” Rohrabacher said. “And he’s supposed to be a tough guy, that’s what the Russian people want. But that’s no reason why we shouldn’t try to work with him.”

In 2014, Rohrabacher told the New York Times that he wasn’t hearing much back from Russia, thanking him for his support. But that’s changed recently.

As Politico reported in November 2016, this past summer, Rohrabacher was given information to stop the Magnitsky Act, which has only passed the Senate. The bill would ban Russian officials believed to be involved in the murder of Russian lawyer Sergei Magnitsky.

In April, Politico reports that Rohrabacher went to Moscow with four other Congress members and spoke with Putin confidant Vladimir Yakunin, who has been blacklisted by the Treasury Department since 2014. Rohrabacher and his senior aide were the only members of that trip to meet with Yakunin and Rohrabacher said they discussed the Magnitsky affair.

“I get pushback whenever I’m asking for an honest assessment of a situation in which Russia is being vilified,” Rohrabacher told Politico. “I don’t know where this is all coming from but there’s clearly a herculean effort to push us back into a cold war.”

Rohrabacher does not believe humans are responsible for climate change. He once suggested that “dinosaur flatulence” was a possible cause for past periods of warm temperatures around the globe. When President Obama mentioned that in a joke in a 2014 commencement address at the University of California Irvine, Rohrabacher blasted Obama for not understanding that he was joking in the first place.

Still, Rohrabacher believes that that global warming alarmists have come up with a “crony-capitalist concoction.” Rohrabacher wrote in 2014:

The continuing misrepresentation of my humor underscores my observation that global-warming alarmists misrepresent what they portray as facts. One of the traits of a fanatic is the willingness to conduct personal attacks, to limit debate, to use questionable facts and to seek government to impose policy on others.
Sir, my congressional colleagues and I cannot ignore costs when making decisions. Simply put, no matter how apocalyptic the theory behind it, we cannot make this crony-capitalist concoction of yours into a policy priority.

During a speech in 2013, Rohrabacher called global warming a “total fraud” designed by liberals who want to “create global government to control our lives.” 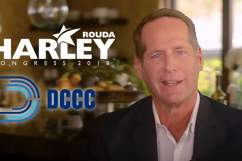 Loading more stories
wpDiscuz
2
0
Would love your thoughts, please comment.x
()
x
| Reply
Dana Rohrabacher, a California Congressman who has routinely defended Putin and Russia, is now a candidate for Donald Trump's Secretary of State. Here's a look at his career.