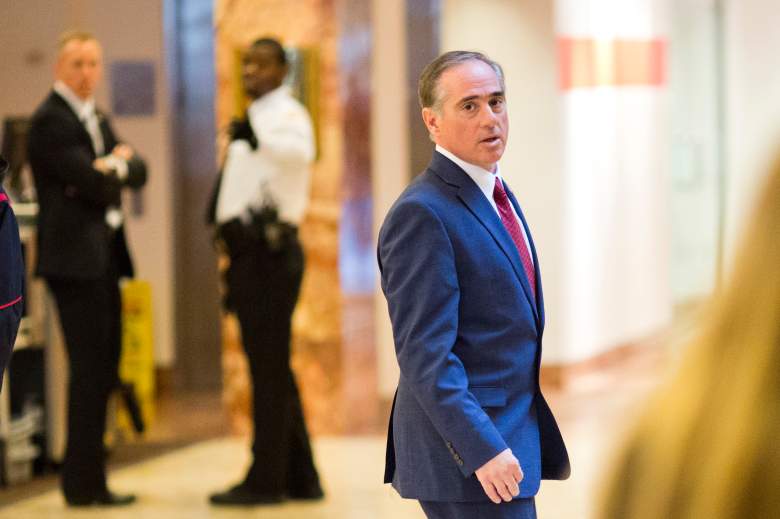 David Shulkin is the current Undersecretary of Veterans Affairs. (Getty)

Dr. David J. Shulkin serves as President Donald Trump’s Secretary of the Department of Veteran Affairs. He is the highest-ranking former member of the Obama Administration to retain a position within the Trump White House. He was unanimously approved by the Senate in February.

During his press conference on January 11, Trump finally announced his nomination of Shulkin. Now that he has been confirmed, Shulkin will be the only member of the Obama Administration to be carried over into the Trump Administration, as he has served as Undersecretary to Obama’s last VA Secretary, Robert MacDonald.

The 56-year-old Shulkin, who is also the Chief Executive of the Veterans Health Administration, would be the first VA secretary not to be a veteran himself. Since the office was established under the George H.W. Bush Administration, every secretary has had military experience.

Shulkin inherited a government agency in disarray. Since Eric Shinseki resigned in May 2014, the agency has tried to recover from the 2014 scandal that uncovered falsified wait times. A VA Inspector General report issued on September 2, 2015 found that there were 800,000 stalled records for veterans who were enrolling in health care. Of that number, 307,000 belonged to veterans who died, according to the report.

“These conditions occurred because the enrollment program did not effectively define, collect, and manage enrollment data. In addition, VHA lacked adequate procedures to identify date of death information and implement necessary updates to the individual’s status,” the report read.

Shulkin still has a home in Gladwyne, Pennsylvania. He is married to dermatologist Merle Bari.

Here’s a look at Shulkin’s life and career.

1. Trump Called Shulkin an ‘Incredibly Gifted Doctor’ With an ‘Elite Talent for Medicine’

At the same time Trump announced Shulkin’s nomination at the press conference, the Trump team also issued a formal statement on the transition team’s website. As he has done in the past, Trump heaped on praise for his nominee.

“I have no doubt Dr. Shulkin will be able to lead the turnaround our Department of Veterans Affairs needs. His sole mandate will be to serve our veterans and restore the level of care we owe to our brave men and women in the military. Sadly our great veterans have not gotten the level of care they deserve, but Dr. Shulkin has the experience and the vision to ensure we will meet the healthcare needs of every veteran. Dr. Shulkin is an incredibly gifted doctor who is using his elite talents for medicine to care for our heroes, and Americans can have faith he will get the job done right.”

In his statement, Shulkin added:

In a December 2015 interview with the Defense Media Network, Shulkin pointed out his experience in the private sector, which he believes will help the VA better serve American veterans.

“My experience in the private sector and relooking at business models has allowed me to come in and challenge some of the issues in the Veterans Health Administration that frankly needed to be questioned,” Shulkin told the site. “Bringing best practices from the private sector will help me achieve our outcome, which is to provide better care to our veterans.”

In his Defense Media Network interview, Shulkin explained how he sees his job as undersecretary:

As under secretary, I direct a health care system with an annual budget of approximately $59 billion, overseeing the delivery of care to more than 9 million enrolled veterans. VA, the nation’s largest health care system, employs more than 305,000 health care professionals and support staff at more than 1,200 sites of care, including hospitals, community-based outpatient clinics, nursing homes, domiciliaries, and 300 Vet Centers.
Nationally, VA completed more than 61.5 million appointments between July 1, 2014 and July 31, 2015. This represents an increase of 2.36 million more appointments than were completed during the same time period in 2013/2014. Veterans have access to outpatient care at more than 1,200 locations; acute inpatient (hospital) care at 144 locations; Community Living Centers (CLCs) at 134 locations; and residential rehabilitation at 114 locations.

One of Shulkin’s goals as undersecretary has been to make sure Veterans Choice works better. This is a program that is supposed to make it possible for some veterans to receive health care from private doctors. However, as NPR reported throughout 2016, the program wasn’t always easy to use.

In a interview with NPR in May 2016, Shulkin said that he understands that the program became over-complicated. It was also only supposed to take 90 days to get up and running, but there were still complaints about it, 18 months after it started.

“Well, I can tell you there is no issue the VA is more focused on than fixing this. That’s why we’ve put in legislative proposals to fix it. And we’re not going to stop until we get this right,” Shulkin told NPR.

Shulkin told NPR that bringing in those with private sector experience, like himself, will lead the VA to doing things differently.

“You know, we are the only system in the country that delivers care to every corner of the country,” Shulkin told NPR. “And so it’s a very, very big system. And there are many places today where the Choice Program is working well.”

At the end of his NPR interview, Shulkin made a case for the program, insisting that they cannot scrap it. “We are not scrapping the program. We’re suggesting that we’ve learned a lot. We know how to make this program work better,” he told NPR.

4. Shulkin Wrote a Book Called ‘Questions Patients Need to Ask: Getting the Best Healthcare’ in 2008

Shulkin has written several peer-reviewed journal articles and also wrote the book Questions Patients Need to Ask: Getting the Best Healthcare in 2008.

In an AARP interview to promote the book, Shulkin said that it’s important for patients to always speak up. “I’ve seen numerous cases of medical errors and discovered after the fact that the patient or family member knew something was wrong and didn’t speak up,” he said.

He told AARP about a story where a woman got the wrong ID bracelent at the hospital and took several tests she never needed to take without ever speaking up.

“Ask what tests you’ve been scheduled for, and ask if the test you’re about to be given is really for you,” Shulkin told AARP. “Simple proactive questioning can prevent a lot of problems.”

In that interview, Shulkin sounded optimistic that patients no longer just take what a doctor says for granted. “The days of ‘doctor knows best’ are waning, and the relationship is more about interaction,” he told AARP.

Shulkin was also the founder and CEO of DoctorQuality Inc., which was among the first sites to help consumers learn about quality and health care. According to Health Leaders Media, the company was acquired by Quatros in the early 2000s.

After Shulkin’s tenure at Beth Israel Medical Center, he went to Morristown Medical Center, where he was paid $1.3 million a year. Now, he’s paid $170,000 to manage the VHA, the largest integrated health care system in the U.S.

“It was clear that VA was in need of reform, and when the president asked for help, I could not say no,” Shulkin told Philly.com. “First, I felt I could help and my private sector experience was relevant. Second, that this was my chance to give back to those that had stepped up to serve our country.”

Although he is not a veteran himself, Shulkin’s father was an Army psychiatrist. His grandfather was a World War I veteran who later worked at the VA facility in Madison, Wisconsin.

“I think that one of the root causes of what led to some of the issues in VA was a sense that the VA system was different, and that the VA system was in many ways not comparable to what was going on in the rest of healthcare,” Shulkin told Health Leaders Media. “Frankly, my perspective is that the same market forces that are impacting private hospitals and private physician groups are impacting VA. That is, a strong drive to reexamine what you’re doing, a drive to create better value, to be more customer focused and to improve your outcomes.”

Loading more stories
wpDiscuz
5
0
Would love your thoughts, please comment.x
()
x
| Reply
Donald Trump picked David Shulkin, an Obama appointee, to be the new Secretary of Veterans Affairs. Here's a look at his life and career.