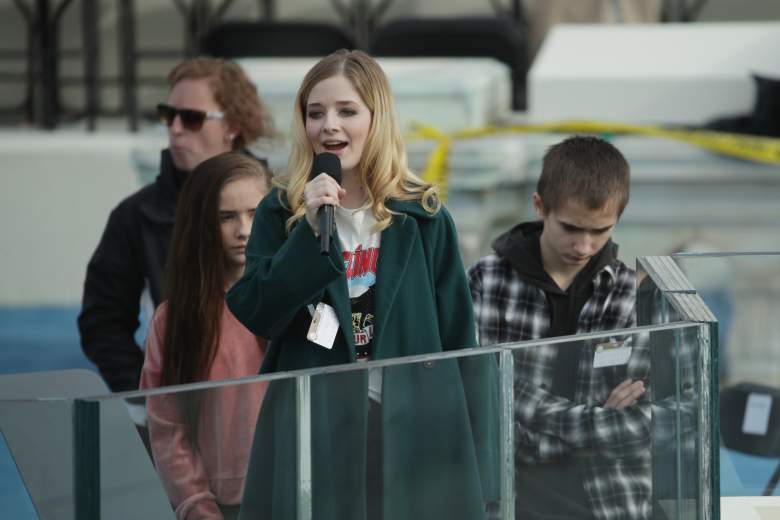 Jackie Evancho, a 16-year-old singer who competed in the fifth season of America’s Got Talent, will sing the National Anthem at Donald Trump’s inauguration on Friday.

Evancho gained recognition at a very young age, catching the attention of a record producer when she was nine. She appeared on America’s Got Talent the following year at the age of 10.

A young artist’s parents are usually an important part of their road to stardom, often starting them off on that path and helping manage them until they come of age. So who are Jackie Evancho’s parents? Will they be at the inauguration? Here’s what you need to know.

1. Her Mother, Lisa, Was the One to First Notice Jackie’s Talents 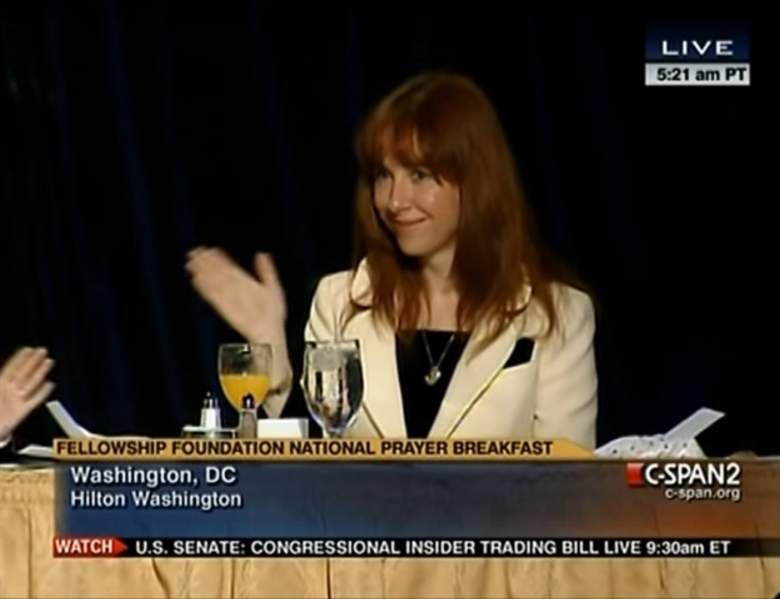 In an interview with The Daily Mail, Jackie Evancho’s mother, Lisa Evancho, said that she first noticed Jackie’s musical abilities when her daughter was eight years old.

As Lisa recounts it, the two of them had watched the film version of The Phantom of the Opera, and Lisa was taken aback when Jackie beautifully sang some of the songs.

“It really began when my family went to see the movie The Phantom of the Opera,” Jackie told Teen Vogue. “I loved it so much! I started singing it when I got home, and my parents were like ‘wow!'”

Jackie soon began competing in talent shows, and in her first one, she came in second place.

2. Her Father, Mike, at First Did Not Think Jackie’s Voice Was Anything Special

Jackie’s father, Mike Evancho, used to own and operate a video security business, according to the Daily Mail. However, this business has since closed.

In an interview with The Daily Mail, Mike said that it’s sometimes hard for even him to realize that his daughter’s singing voice is actually coming from her.

“Even for me, there’s still a disconnect when I listen to the CD and look at her,” he said. “We take [the fact that some people think she is lip-syncing] as a compliment. It’s easy to disprove, so you chuckle, and say, “She’s not, but thank you.”’

Mike added that he thinks his daughter got a lot of her attitude from watching Hannah Montana.

However, in an interview with Backstage, Mike said it took him some time to realize how talented his daughter is.

“We didn’t know it was anything special until she did a local talent competition,” Mike Evancho said. “The reaction from people kind of said, ‘Hey, she might have a better voice than we thought.'”

3. They Are Both Catholic

Lisa and Mike Evancho are both Catholic and raised their daughter that way.

They must have been thrilled, then, when in 2015, Jackie had the chance to perform for Pope Francis when he visited the United States.

“I never even dreamt of seeing the pope, so I think it’s going to be really cool,” Jackie Evancho told CBS Pittsburgh before the performance.

Jackie added that she believes her musical abilities are a gift from God.

“Since I was very little and people said I could sing [well], I’ve always thought, ‘thank God.’ Always thank God for that,” Evancho said.

4. They Are Currently Suing Their Daughter’s School District

So proud of Juliet for sharing her story with @TeenVogue https://t.co/4DK7JFMoWR#StopTheHate #BeYou

Lisa and Mike Evancho are in the midst of a lawsuit against Pine-Richland School District in Pittsburgh, Pennsylvania.

This is where their daughter Juliet, who is transgender, goes to school. They filed a discrimination lawsuit in October 2016 after the school voted to require students to use the bathroom of the gender listed on their birth certificate; students can also use a unisex bathroom.

Lisa Evancho appeared with her daughter Juliet in an interview with CBS Pittsburgh in September, and they said that Juliet started getting bullied after this policy was changed.

“It makes me angry,” Lisa Evancho said. “It makes me wonder what kind of Neanderthals raise kids that think it’s appropriate — going in there picking on a particular segment of the population and making it all about them.”

5. Lisa and Juliet Will Not be at the Inauguration

Thank you @TeenVogue for meeting with me and Juliet today. We had a blast!!! pic.twitter.com/4rZsUYTGnK

According to ABC News, Mike Evancho will be accompanying his daughter Jackie to the inauguration. But Jackie’s mother, Lisa, and her sister, Juliet, will not be there, as Juliet will be undergoing sex reassignment surgery this week.

“Normally, we’d go out and support Jackie but this is a big, big moment for Juliet,” Lisa Evancho told ABC News.

Jackie said that she wishes she could be there for her sister on Friday.

Read More
Breaking News, Donald Trump, Politics
Jackie Evancho will sing at the inauguration on Friday. She will be accompanied by her father, but her mother has commitment involving Jackie's sister Juliet.