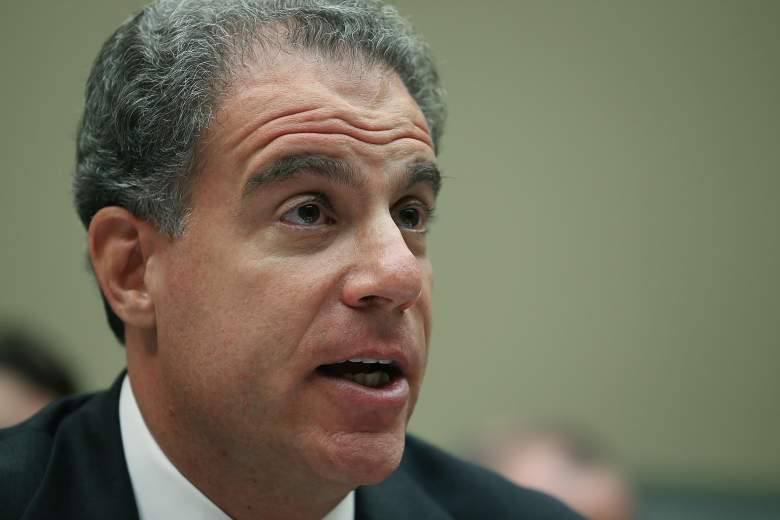 Department of Justice Inspector General Michael E. Horowitz will be heading this review. He will look at FBI Director James Comey’s actions from July through November 2016, as well as how other aspects of the Clinton investigation were handled by the Justice Department and the Federal Bureau of Investigation.

“In response to requests from numerous Chairmen and Ranking Members of Congressional oversight committees, various organizations, and members of the public, the Office of the Inspector General will initiate a review of allegations regarding certain actions by the Department of Justice and the Federal Bureau of Investigation in advance of the 2016 election,” the Office of the Inspector General said in a statement.

In a statement, FBI Director James Comey said he is grateful that this review is going to take place.

“[Michael E. Horowitz] is professional and independent and the FBI will cooperate fully with him and his office,” Comey said, according to ABC News. “I hope very much he is able to share his conclusions and observations with the public because everyone will benefit from thoughtful evaluation and transparency regarding this matter.”

So who is Michael E. Horowitz, the man who will head this review? Here’s what you need to know about him.

1. He Was Confirmed as the Justice Department’s Inspector General in 2012 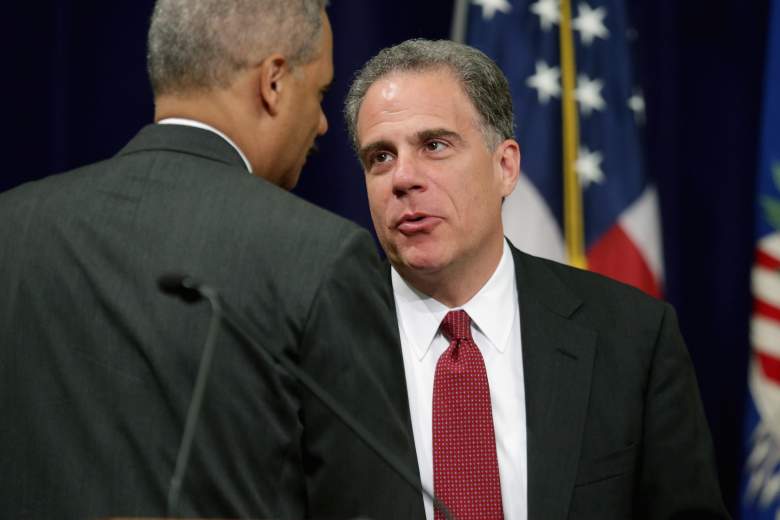 Eric Holder and Michael Horowitz attend the OIG’s annual awards ceremony in the Great Hall at the Robert F. Kennedy Department of Justice building in May 2013. (Getty)

“The extraordinary dedication these men and women bring to their new roles will greatly serve the American people,” Obama said in a statement when he announced Horowitz and four other administration posts. “I am grateful they have agreed to serve in this Administration and I look forward to working with them in the months and years to come.”

In this position, Horowitz oversees 400 employees and is in charge of detecting fraud, abuse, waste and misconduct in the Department of Justice, according to the Office of the Inspector General’s website.

2. He Was Previously Commissioner for the U.S. Sentencing Commission 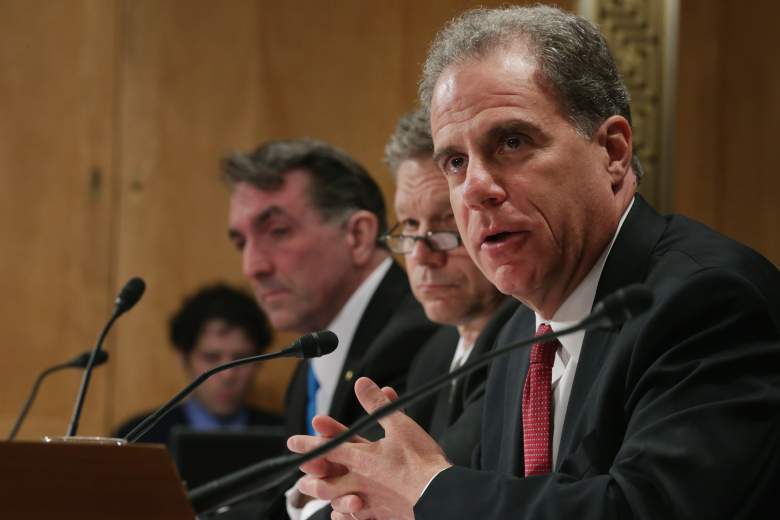 Before being nominated to be inspector general of the U.S. Justice Department, Horowitz was a partner at the law firm Cadwalader, Wickersham & Taft. While working as a lawyer for this firm, Horowitz focused on white collar defense, internal investigations, and regulatory compliance, according to a 2011 White House press release.

Prior to that, though, Horowitz served as commissioner for the U.S. Sentencing Commission from 2003 through 2009. This is the independent agency that determines sentencing guidelines for federal courts.

From 1999 to 2002, Horowitz served as deputy assistant attorney general and then chief of staff for the Criminal Division of the Department of Justice; it’s this division that develops and enforces federal criminal laws. From 1991 to 1999, Horowitz was assistant U.S. attorney at the U.S. Attorney’s Office for the Southern District of New York. And from 1997 to 1999, he was chief of the Public Corruption Unit in New York.

Horowitz graduated from Brandeis University with a B.A. and then from Harvard Law School with a J.D. 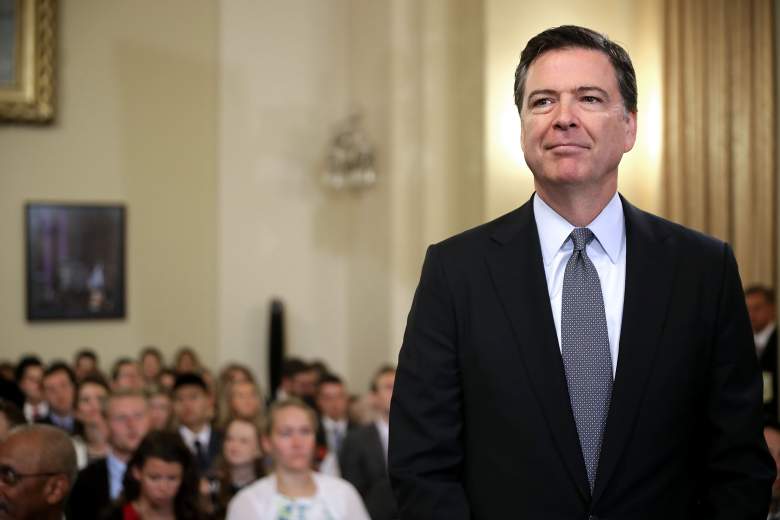 Michael E. Horowitz will now be looking into the actions of FBI Director James Comey. In the early 1990s, Horowitz briefly worked for Comey while the two of them were in the Southern District of New York.

In an interview with The New York Times in 2007, Horowitz said that Comey is an aggressive prosecutor.

“Jim was not a prosecutor who was afraid to use all the available tools in serious cases as long as you were doing it within the law,” Horowitz said of Comey.

4. He Has Complained About the FBI Withholding Documents 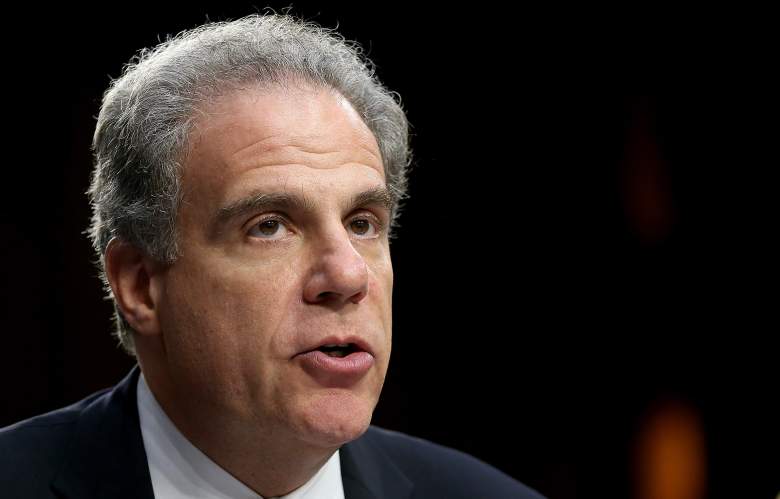 Michael Horowitz testifies before the Senate Judiciary Committee during a hearing on August 5, 2015. (Getty)

In 2015, Horowitz wrote an op-ed for The Washington Post entitled “Give Inspectors General Access to the Records They Need to Do Their Jobs.”

In the piece, Horowitz says that having access to all of an agency’s records is a vital part of his job but that in the 2010s, FBI attorneys have been seeking to withhold some crucial records.

“For decades, there was no controversy over what the words ‘all records’ meant,” Horowitz wrote, referring to the language of the 1978 Inspector General Act. “But that changed in 2010 when FBI attorneys suggested, soon after several critical reports by my office as inspector general at the Justice Department, that ‘all records’ might not include some records the FBI was seeking to withhold. This was the first time anyone in the department had asserted that the broad powers of the IG Act did not apply fully to our oversight.”

Specifically, Horowitz said that the FBI had recently decided that inspectors general no longer have the right to access certain records involving grand jury testimony, wiretap information and credit reports.

“Allowing officials whose agencies are under review to decide what documents an inspector general can have turns the IG Act on its head and is fundamentally inconsistent with the independence that is necessary for effective and credible oversight,” Horowitz wrote in The Washington Post.

That same year, Horowitz testified about this issue in front of the U.S. Senate Committee on Homeland Security and Governmental Affairs. In December 2016, President Obama signed into law the Inspector General Empowerment Act of 2016, a bill which amends the Inspector General Act of 1978 and ensures that inspectors general can get their hands on the documents they need while conducting an investigation.

“Inspectors General work on behalf of the American people to ensure that our government is open and accountable – and the President is grateful for their service,” the White House said at the time. “That’s why he’s pleased to sign the Inspectors General Empowerment Act of 2016, which will safeguard access to the information Inspectors General need to do their jobs.”

5. His Department’s Review Will Be Wide-Ranging 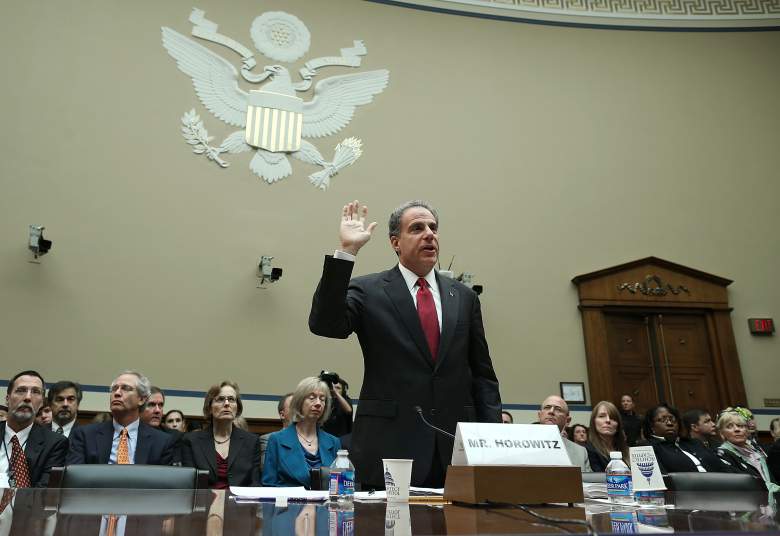 Michael E. Horowitz said in a press release today that the Office of the Inspector General’s review of the FBI’s actions will be wide-ranging. He identified five areas that the investigation will be focusing on.

First, Horowitz will look into allegations that FBI and Department of Justice policies were not followed when FBI Director James Comey held his July 2016 news conference, during which he said that Clinton was “extremely careless” in her handling of classified emails even though the department was not recommending criminal charges. Horowitz will also be looking into whether policies were followed when Comey sent two letters to Congress in the final weeks of the presidential election saying that the FBI was looking into emails found on a laptop belonging to Anthony Weiner, the husband of Hillary Clinton aide Huma Abedin. Those emails did not end up being relevant to the Clinton email probe, and some pollsters, including Nate Silver, have speculated that Hillary Clinton would have become president had Comey not sent this letter.

I'll put it like this: Clinton would almost certainly be President-elect if the election had been held on Oct. 27 (day before Comey letter).

Secondly, Horowitz will examine whether FBI Director James Comey should have been recused from participating in the Hillary Clinton e-mail investigation.

Third, Horowitz will look into allegations that Justice Department’s assistant attorney general for legislative affairs disclosed non-public information to the Clinton campaign and/or should have been recused from the case.

Fourth, Horowitz will examine allegations that members of the Justice Department and employees of the FBI improperly disclosed non-public information.

And finally, Horowitz will look into allegations that the FBI’s release of certain FOIA documents on October 30th and November 1st were “influenced by improper considerations.” This refers to the fact that in the days before the election, a Twitter account run by the FBI that tweets out documents from FOIA requests published several documents related to Bill and Hillary Clinton.

William J. Clinton Foundation: This initial release consists of material from the FBI's files related to the Will… https://t.co/Y4nz3aRSmG

Some Democrats objected to this, including Brian Fallon, Hillary Clinton’s press secretary.

Absent a FOIA litigation deadline, this is odd.
Will FBI be posting docs on Trump's housing discrimination in '70s?https://t.co/uJMMzX6rtI

However, the FBI said that FOIA materials that have been requested three or more times are automatically posted online.

“Per the standard procedure for FOIA, these materials became available for release and were posted automatically and electronically to the FBI’s public reading room in accordance with the law and established procedures,” the FBI said at the time.

Loading more stories
wpDiscuz
1
0
Would love your thoughts, please comment.x
()
x
| Reply
Michael E. Horowitz, inspector general for the Department of Justice, will be heading a review of the FBI's handling of the Hillary Clinton email probe.