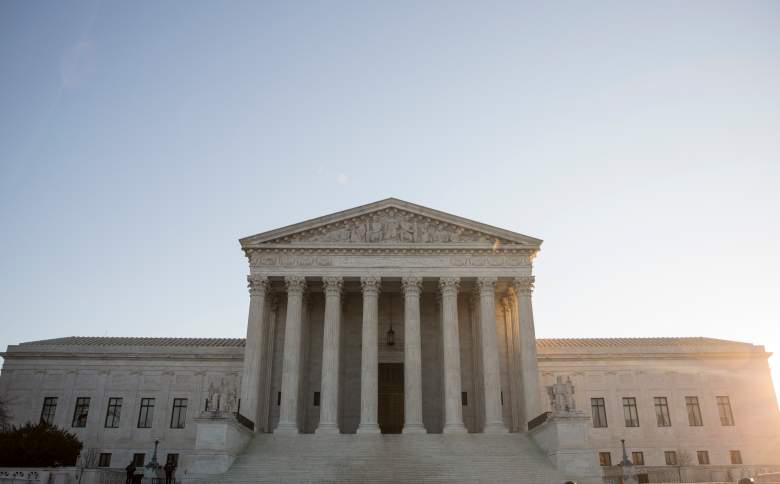 Since the death of Justice Antonin Scalia in February 2016, the Supreme Court has been forced to work with eight justices instead of nine as the Senate refused to even consider President Barack Obama’s nomination of Merrick Garland. President Donald Trump nominated Neil Gorsuch to take Sclalia’s place.

Here is how the process of confirming Gorsuch will work:

Step 1: The President Makes the Nomination 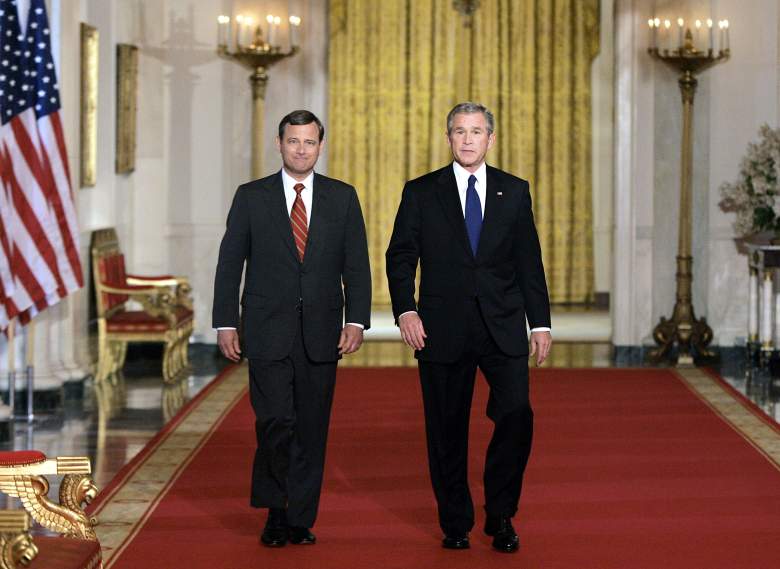 The president’s power to nominate a Supreme Court justice is part of Article II of the U.S. Constitution, which lists the powers and duties of the executive branch. When a new President comes into office, the new staff will create lists of potential candidates for Supreme Court justice positions that might open up during a term. Since justices can serve for life unless they retire, presidents typically see this as an opportunity to shore up their legacy by nominating a justice that shares their ideological views. 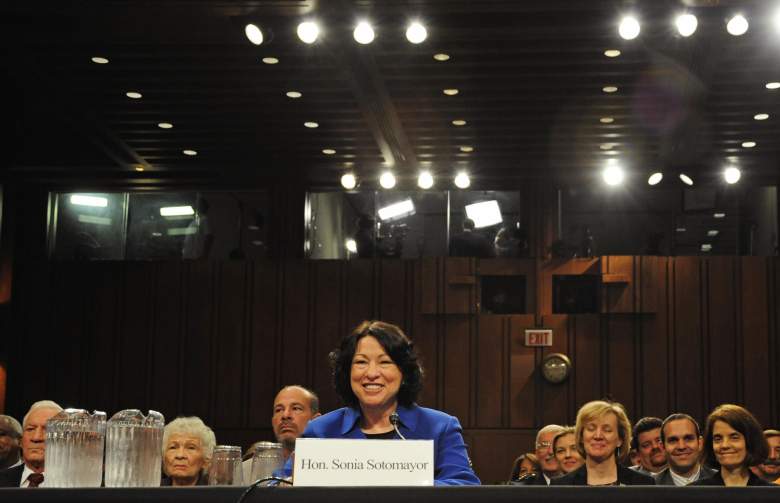 Sonia Sotomayor during her Senate confirmation hearing in July 2009. (Getty)

The legislative branch of government gets involved in the process after the nomination is made. The justice will be appointed with the “Advice and Consent of the Senate,” as the Constitution states. Therefore, the Senate will hold confirmation hearings. This is the part of the process where Garland’s nomination stalled.

Before the Senate votes on the nominee, the Senate Judiciary Committee holds confirmation hearings. The committee then decides if the full Senate will vote on the nomination.

Step 3: The Senate Votes on the Nominee 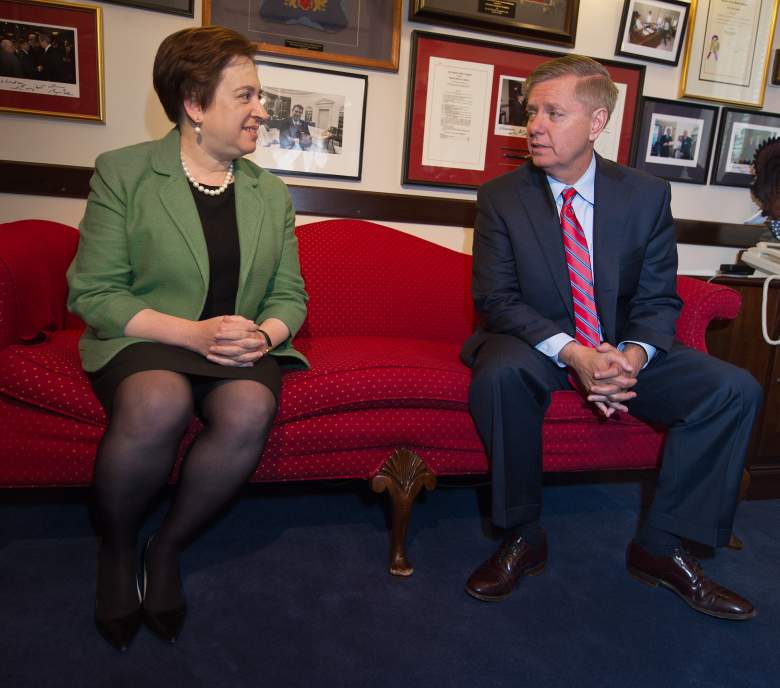 During the Senate’s part of the confirmation process, the nominee usually meets with members of both parties. In the above photo, Elena Kegan meets with Republican Senator Lindsey Graham in 2010. (Getty)

Getting the approval of the Senate Judiciary Committee is just the first step with the Senate. Next, Trump’s nominee will have to get 60 votes from the Senate. This means that Trump will have to get at least eight Democrats to approve of his pick. The last Justice to join the court without earning 60 votes was Samuel Alito in 2006. He received 58 votes. Both of President Obama’s successful nominees – Sonia Sotomayor and Elena Kagan – received over 60 votes.

“We’re going to confirm the president’s nominee one way or the other. And there’s an easy way and there’s a hard way,” Cornyn told Politico. “They just need to accept that reality.”

“The Democrats will not succeed in filibustering a Supreme Court nominee,” Cruz added. “We are going to confirm President Trump’s conservative Supreme Court justices.”

In an interview with The Morning Consult on January 27, Senate Majority Leader Mitch McConnell guaranteed that Trump’s nominee will be confirmed. “There are any number of ways this could end, but what I will tell you is we are going to get this judge confirmed. How that occurs will depend largely on how the other side handles it,” McConnell told the site.

Senator Jeff Merkley of Oregon told Politico that they will try to filibuster the nomination. “This is a stolen seat. This is the first time a Senate majority has stolen a seat. We will use every lever in our power to stop this,” Merley said. He will need 41 other Democrats to join him. 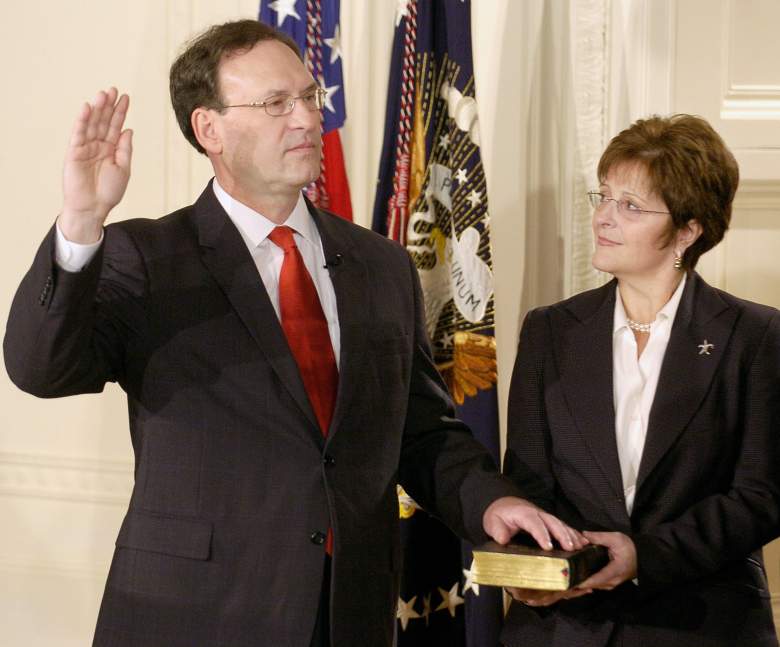 Samuel Alito takes the oath, with his wife, Martha-Ann, holding the Bible, in 2006. (Getty)

After a nominee is confirmed, the Secretary of the Senate, who is currently Julie E. Adams, declares that the nominee has been confirmed and sends the document, called a commission, to the President. The President signs it, and the nominee is officially appointed to the Supreme Court. The commission is then handed over to the Justice Department, which will by signed by the attorney general, who puts the Justice Department seal on it. The commission is then sent to the appointee.

After that, the Justice takes the Constitutional and Judicial Oaths, required by the Judiciary Act of 1789. The act gave the Supreme Court and lower courts all judiciary power in the U.S.

Next, the Supreme Court justices will determine seniority.

Here Are the Current Justices on the Supreme Court

Read More
Donald Trump, Politics, Supreme Court
Neil Gorsuch, Donald Trump's Supreme Court Justice nominee, will have to jump through hoops to join the court. Here is how he could be confirmed.