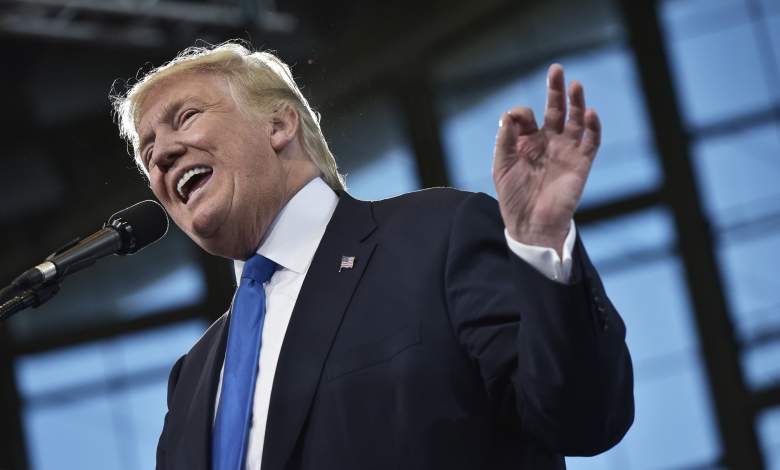 Donald Trump will hold his first rally as president this weekend in Melbourne, Florida.

Information about this rally suddenly appeared on the Trump campaign website, not the White House website, on Wednesday afternoon. The rally is scheduled to take place at 5:00 p.m. Eastern Time at the Orlando Melbourne International Airport on Saturday, February 18th.

Tickets for the rally can be reserved online on this webpage. The tickets are free, but you must register online ahead of time in order to attend. Only two tickets may be reserved per person. In addition, the rally will be available to stream online.

Donald Trump repeatedly hinted throughout his presidential campaign that he might continue to hold rallies as president because he enjoyed them so much and because it would allow him to communicate with the American people directly. He held a series of “thank you” rallies as president-elect, primarily in swing states that helped him win on November 8th, but this will be the first one since Trump became president.

This rally will come as Trump heads to his Mar-a-Lago resort in Florida for the third straight weekend. Mar-a-Lago is located in Palm Beach, a few hours south of the Orlando Melbourne International Airport.

When questioned about this rally by reporters, Press Secretary Sean Spicer on Wednesday suggested that this is technically the first event of Trump’s 2020 re-election bid; Spicer said that the rally is “being run by the campaign,” according to Associated Press reporter Ken Thomas.

Read More
Breaking News, Donald Trump, Politics
Donald Trump will hold his first rally as president this week in Melbourne, Florida this weekend. Here's what you need to know about it.