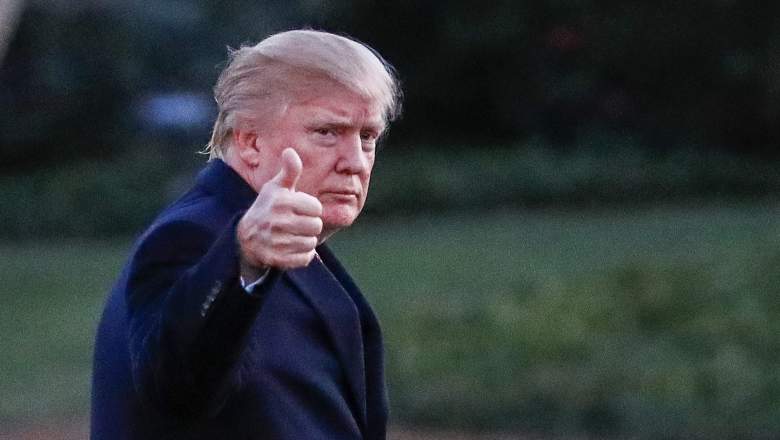 President Donald Trump falsely accused his predecessor, President Barack Obama, of releasing 122 “vicious” Guantanamo Bay detainees who returned to the battlefield. The president’s tweet was influenced by a report on Fox & Friends, which didn’t say Obama was responsible for the release of all 122 prisoners. In reality, the Office of the Director of National Intelligence said that 113 of the 122 were released during President George W. Bush’s Administration.

At 6:30 a.m., Fox & Friends posted a story on their Twitter page about Yasir al-Silmi, a former Guantanamo Bay detainee who was killed during airstrikes on March 2. A half-hour later, Trump tweeted, “122 vicious prisoners, released by the Obama Administration from Gitmo, have returned to the battlefield. Just another terrible decision!”

122 vicious prisoners, released by the Obama Administration from Gitmo, have returned to the battlefield. Just another terrible decision!

Al-Simi was released during the Obama administration in 2009, but not all 122 detainees who re-engaged in terrorism were released during Obama’s watch. That means that Trump added that to his tweet. Fox News’ report didn’t insinuate that Obama did release all of them.

Al-Simi was held in Guantanamo from 2002 to 2009. Capt. Jeff Davis did not tell Fox News why he was released, but did confirm he was among those killed during airstrikes in Yemen.

Shortly after Trump’s tweet, Miami Herald journalist Carol Rosenberg tweeted statistics from the Director of National Intelligence, which shows that 113 of the 122 were released under the Bush Administration. The statistics also show that 30 of the 122 are confirmed dead already and 25 are in custody.

Obama had hoped to close the Guantanamo Bay prison in Cuba, making it one of his first executive orders when he came into office in 2009. There are still 41 detainees at the detention center.

As for Trump, he vowed to fill up “Gitmo” while on the campaign trail. During a rally in February 2016, Trump insisted that his administration will “load it up with some bad dudes, believe me, we’re gonna load it up.” Trump also told the Miami Herald in August 2016 that he would have trials for Americans accused of terrorism at Guantanamo Bay, which is illegal. U.S. citizens cannot be tried at military commissions.

“I want to make sure that if we have radical Islamic terrorists, we have a very safe place to keep them,” Trump told the HErald, adding that Obama is “allowing people to get out that are terrible people.”

This is the second time in less than a week that Trump has made a startling accusation against Obama based on reports in the conservative media. On Saturday, he claimed that Obama wiretapped him during the 2016 Presidential Campaign, based on claims from conservative talk show host Mark Levin and a Brietbart report.

After Trump’s incorrect tweet about the Guantanamo Bay detainees, Trump tweeted other messages, this time with direct mentions of Fox & Friends.

Don't worry, getting rid of state lines, which will promote competition, will be in phase 2 & 3 of healthcare rollout. @foxandfriends