New surveillance video from Ferguson Market appears to show that Michael Brown didn’t attempt to rob the store on August 9, 2015. However, the attorney for the store and its employees, Jay Kanzler, says he will release an unedited version of the tape that does not follow that narrative.

The video appears in the new documentary Stranger Fruit, which was directed by Jason Pollock.

According to the New York Times, the tape appears to show Brown give someone behind the counter a small bag at 1 a.m. He then appears to take a shopping bag with cigarillos. He walks towards the door, but then turns around and gives the cigarillos back and leaves.

At noon on the day he was killed, Brown went back to the market. Police say that he committed a robbery during this second visit. But Pollock suggests that the new video shows that Brown had a deal with those behind the counter, where he would leave behind a bag of marijuana in exchange for cigarillos. Pollack believes that Brown’s second visit to the store wasn’t a robbery. Instead, Brown went back to pick up the cigarillos he left behind for safekeeping.

In the film, Brown’s mother, Lesley McSpadden, tells Pollock that there was an agreement between her son and the men behind the counter.

A short time after walking out of the store, the 18-year-old Brown was shot and killed by a white police officer. The shooting death sparked protests in Ferguson and throughout the U.S.

Here’s a look at Kanzler and his version of events.

1. Kanzler Doesn’t Think the New Footage Has Anything to Do With Brown’s Second Visit to the Store 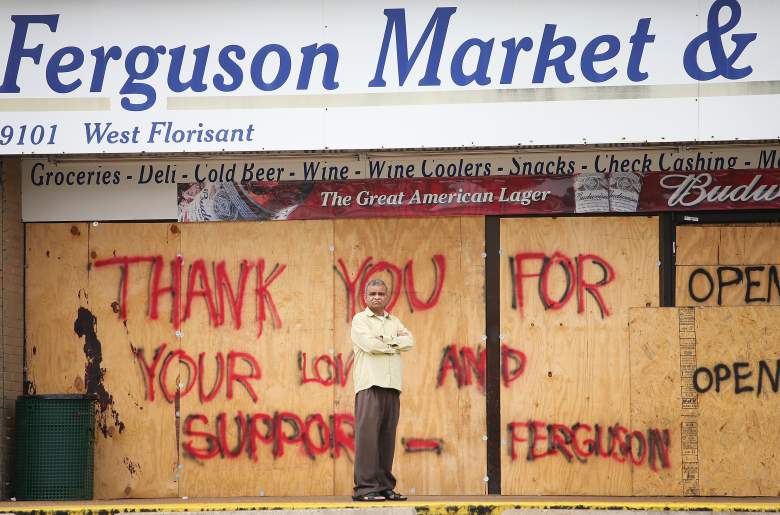 In an interview with the New York Times, Kanzler disputed that Brown had an “agreement” with the store clerks. He said that the new footage isn’t related to Brown’s second visit to the store.

“There was no transaction,” Kanzler told the Times. “There was no understanding. No agreement. Those folks didn’t sell him cigarillos for pot. The reason he gave it back is he was walking out the door with unpaid merchandise and they wanted it back.”

Andy Patel, who co-owns the store, told the St. Louis Dispatch that Brown “grabbed the cigarillos and stole them” during his second visit to the store that day. The previously released surveillance footage does appear to show Brown pushing Patel as he left the store. 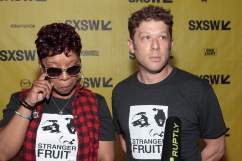 2. He Plans on Releasing the Unedited Surveillance Footage

Kanzler told the Associated Press that he plans on releasing an unedited version of the surveillance footage shown in Stranger Fruit. He claims that the footage seen in the film was not the complete version.

Kanzler told the St. Louis Dispatch that this video has “been out there,” adding that it “isn’t new,” suggesting that Brown’s family and prosecutors have seen the video.

On August 9, 2014, Brown was shot and killed by Officer Darren Wilson, who did not face any charges for the shooting. Wilson spotted Brown a short time after the alleged robbery at the store and the two got into an altercation, during which Wilson fired 12 bullets. Brown was unarmed during the incident. 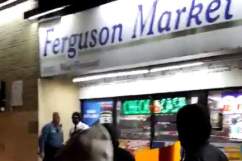 3. Kanzler Tried to Run for Office in 2002, but Rumors He Was Jewish Derailed His Chances

Aside from being a lawyer, Kazler is an aspiring filmmaker and devoutly Christian. He even became an Episcopal priest. But in 2002, rumors that he was Jewish somehow derailed his chances at running for political office.

In an interview with the River Front Times in 2015, Kanzler said he was going to run for the Republican nomination for state auditor. HE even had the support of the Missouri Republican Party. One day, he visited Wendell Bailey, a major figure in the Missouri GOP.

“It was the perfect portrait of politics,” Kanzler told the River Front Times. “We were just talking, and I was telling him about myself. At the time, I was pursuing becoming an Episcopal priest, and he said, ‘That’s funny, I’ve heard people around here think you’re Jewish.'”

Kanzler and Bailey had no idea where this rumor came from, but it was enough to defeat him. His opponent, Al Hanson, had no campaign or money, but still won 65 percent of the vote. Hanson then lost the general election to Claire McCaskill, launching her political career.

“I come from deep in the Bible Belt, in the south central Missouri Ozarks,” Bailey told the River Front Times. “The Jewish whisper campaign would be a definite negative in a lot of our rural society down here.”

In 2002, The Associated Press reported that Kanzler and the State GOP was stunned than Kanzler lost. Even McCaskill told the AP that she couldn’t believe it. 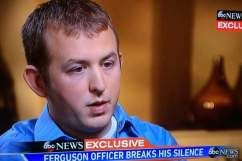 Kanzler has also produced a handful of documentaries, including a film about comedian Bob Zany.

According to the St. Louis Dispatch, Mashall the Miracle Dog was based on a true story about a dog with only three legs. The real dog was even featured in an Animal Planet episode of Confessions: Animal Hoarding.

5. Kanzler Represents Other Businesses Hit During the Ferguson Protests

Kanzler also represents several other businesses that were looted during the Ferguson protests in 2014, reports CBS St. Louis. In January 2015, he said that oneo f the businesses, Red’s BBQ, would never reopen.

“Given all of the circumstances, Red’s has decided that it is closing its business and unfortunately will not be reopening,” Kanzler told CBS.

According to Kanzler’s LinkedIn profile, he is a graduate of St. Louis University School of Law. He’s currently a partner at Witzel Kanzler & Dimmitt, LLC. He’s also an associate priest at St. Martin’s Episcopal Church.

Loading more stories
wpDiscuz
0
0
Would love your thoughts, please comment.x
()
x
| Reply
Jay Kanzler is the attorney for the convenience store where Michael Brown spent his last moments. He will release unedited surveillance video from that day.